46 years after DB Cooper parachuted into the night sky from a Boeing 727 over the Pacific Northwest, the filmmakers say they have cracked a code that leads to the man -- and he's still alive. 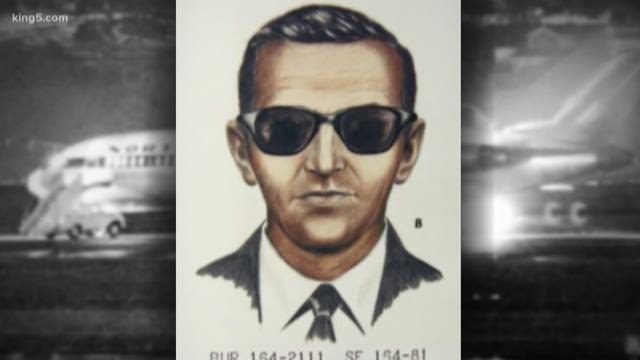 A team of documentary filmmakers reportedly thinks it's discovered the identity of the skyjacker DB Cooper -- and he's still alive.

On Nov. 24, 1971, a man aboard a Portland to Seattle flight told the stewardess he had a bomb in his suitcase. He demanded $200,000 and four parachutes, which the FBI delivered when the plane landed at Sea-Tac Airport. The plane was refueled at his request and took off for Mexico.

When the plane was airborne again and headed south, the man, who became known as DB Cooper, jumped off the back staircase of the Boeing 727 into the frigid night sky.

His real identity remains a mystery and the FBI closed the investigation 18 months ago.

Cooper is believed to have written this letter to several news outlets. The filmmakers obtained that letter and say it points them to a decorated Vietnam War veteran named Robert W. Rackstraw. The filmmakers say the letter contained a string of letters and numbers which they linked to Army units Rackstraw served in during the war.

Rackstraw, 74, now lives in the San Diego area. He was investigated by the FBI in the late 1970s. Thomas Colbert, one of the filmmakers, tells Oregonlive.com he believes the FBI isn't taking a second look at Rackstraw now because it doesn't want to admit an amateur team of investigators cracked the 46-year-old case and they didn't.