He was arrested after allegedly getting into a scuffle at a bar called Stereotype. 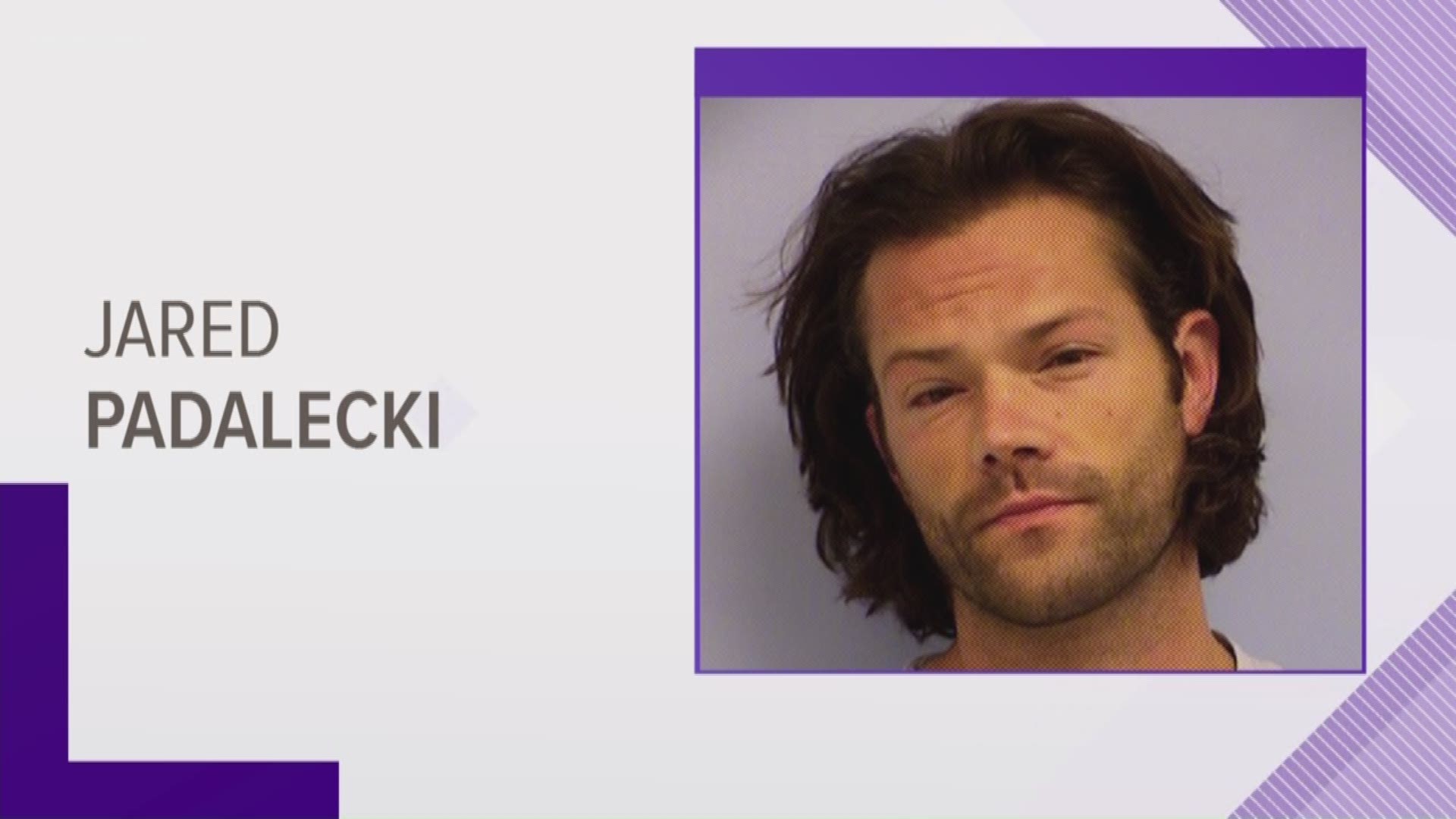 AUSTIN, Texas — Jared Padalecki, "Supernatural" star and Austin resident, was arrested over the weekend at an Austin bar that he owns, according to the Austin Police Department.

At around 2 a.m. on Oct. 27, police officers were called to Stereotype, a bar located on Rio Grande Street near East Sixth Street. There, police said Padalecki got into an argument with people inside the bar before it got physical.

The assistant manager escorted him outside the bar, where Padalecki eventually slapped him, police said. He then punched the general manager in the face, causing his eyebrow to bleed, according to the affidavit.

An employee who spoke with officers said Padalecki was "the antagonist one hundred percent," the affidavit said.

Officers with the APD arrived after the alleged fight and found Padalecki smiling and laughing, police said. He reportedly appeared to be intoxicated.

He allegedly refused to speak with officers about what happened and touched a couple of officers. At that point, he was handcuffed and put in a patrol car.

He faces two counts of assault, court documents showed. According to online records with the Travis County Jail, he is not in custody as of Oct. 28.

Austin 14-year-old launches all-natural cosmetics line, plans to donate a portion of her profits to charity

Friends recognize Austin homeless man as former classmate and old friend, give him place to live

New homeless camping bans on sidewalks, near the ARCH go into effect Monday