After over 400 days on COVID-19 related missions, the SC National Guard is preparing their soldiers and airmen for civilian life. 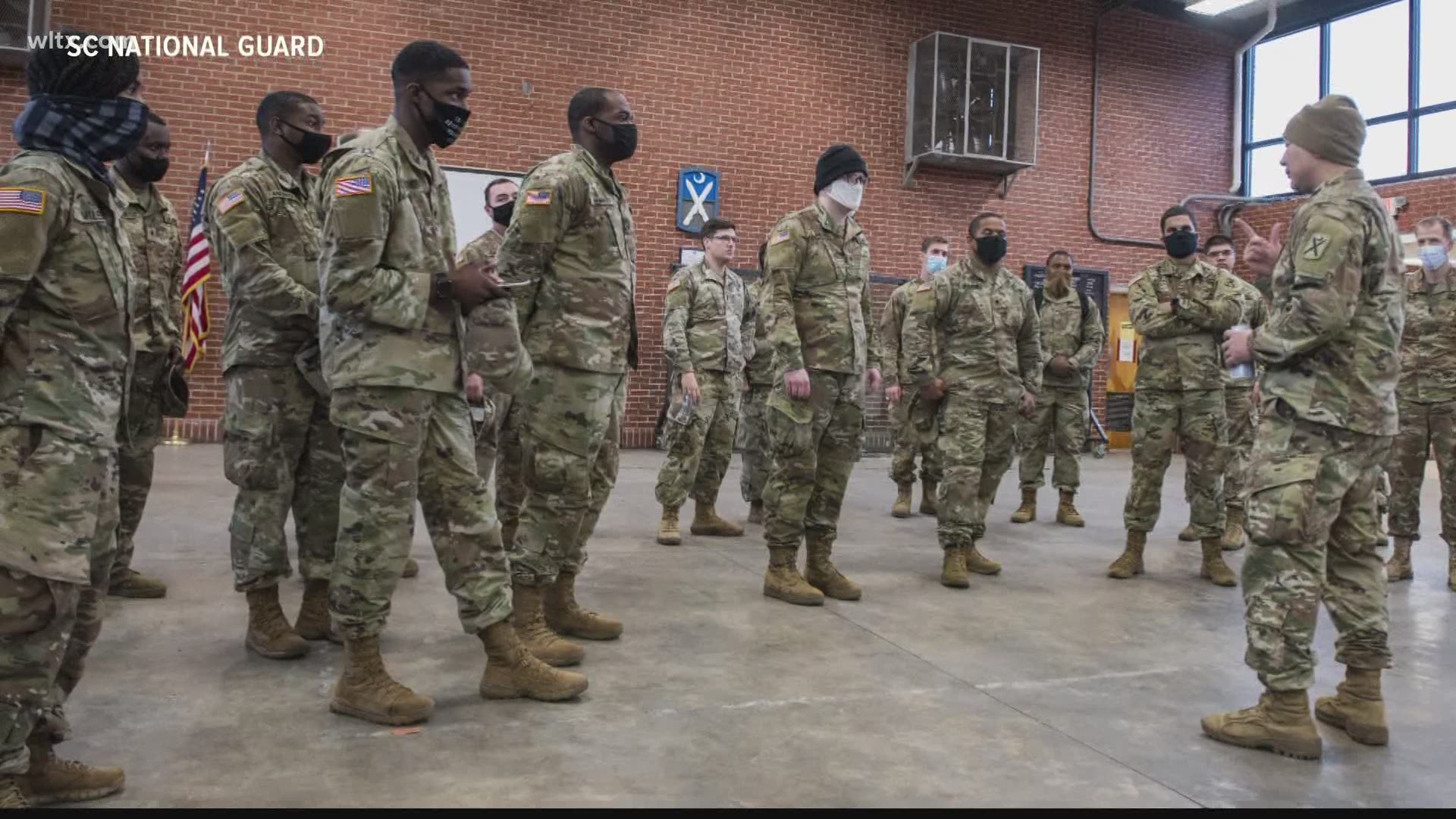 COLUMBIA, S.C. — The South Carolina National Guard has been actively responding to the COVID19 pandemic for over 15 months.

With the state of emergency now over, many are ready to transition back into civilian life. A career fair was hosted for these soldiers Thursday at the State Fairgrounds.

“I got used to wearing a uniform every day but it’ll be nice to go back and be a civilian every once and a while," Darnell Soloman tells us. Soloman is one of around 600 National Guardsmen who have been activated in responding to COVID19 across the state and nation.

“They have us supporting local communities in the state so it’s a good way to get out and network and meet new people and also help out in the community you know, give back," Soloman says.

CURRENTLY: Gov. McMaster is addressing the crowd of National Guardsmen at the military career fair at the SC State Fairgrounds. @WLTX pic.twitter.com/kXRFdLSavu

But the Guard will soon be transitioning back to what they call a ‘steady-state.’ General Roy McCarty tells us, “as the state has progressively gotten much better numbers in terms of COVID – active COVID cases, personnel in the hospital, all the signals now are giving us indicators that at least from the Guard’s perspective, our mission and our needs here are limited at this point.”

The Operation Palmetto Employment Career and Resource Fair provided a space to get these Guardsmen jobs when they are released.

Soloman says, “you have a lot of local and other jobs around the state that have really come out and help support us as soldiers and you know they’re trying to get us to transition back into being civilians.

Career & Resource Fair taking place today, June 24, 9a.m.-2p.m., at the State Fair Grounds in Columbia, SC. Military hour is 9-10a.m., with the event open to the public 10a.m.-2p.m. Employers from a variety of fields are here looking for new employees, bring copies of your resume pic.twitter.com/4n24kJTPjB

“A number of these young men and women left jobs that may not be there to go back to we also want to encourage them to look to better their career opportunities to establish themselves into a career-type job," Gen. McCarty says.

The Career Fair was also available to community members who wanted to attend.

General McCarty says the SC National Guard will have most of their soldiers and airmen transitioned by August 1.