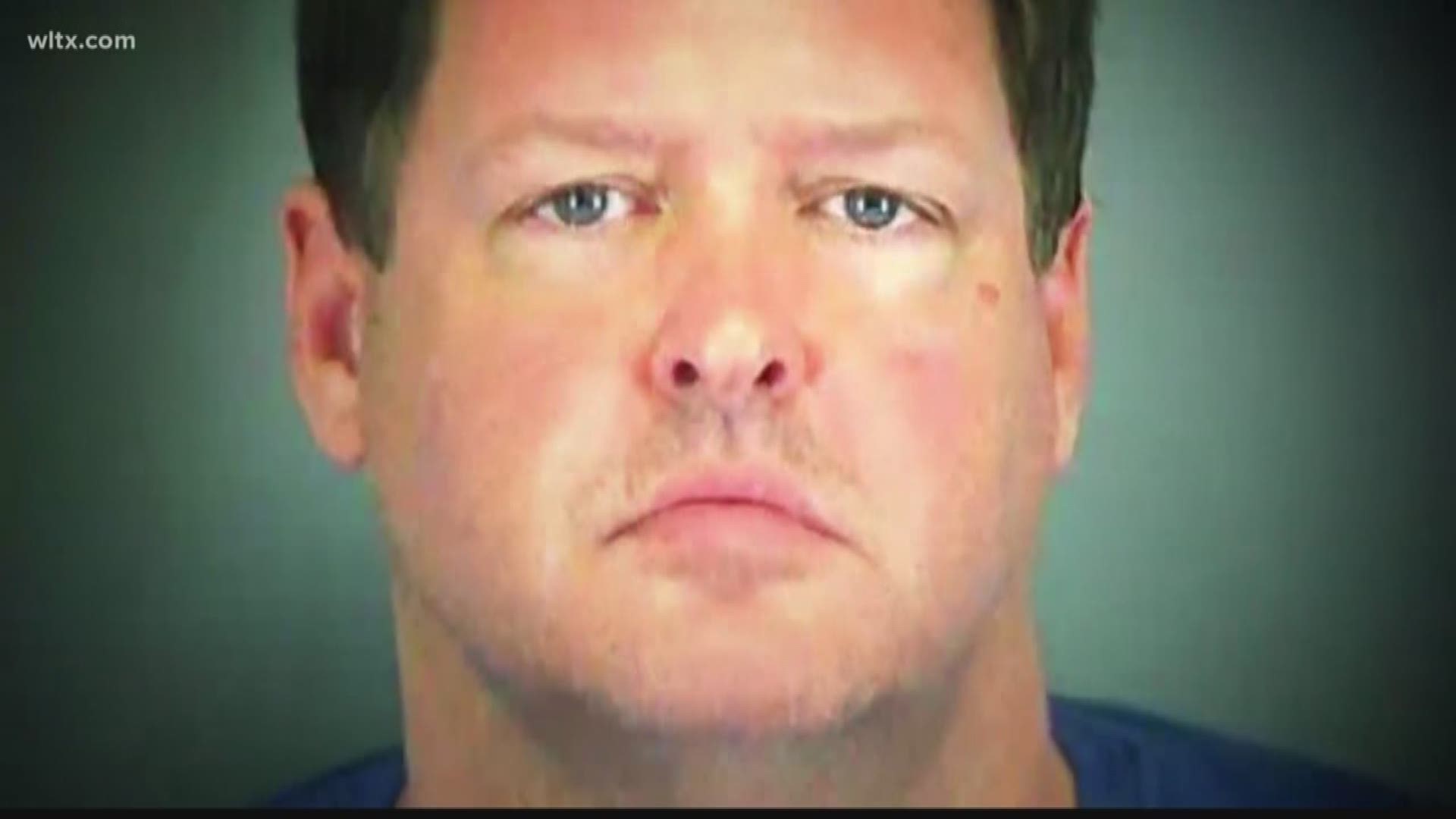 Brown was rescued from a shipping container on Kohlhepp's property after she had been missing for two months in 2016. She sued Kohlhepp for kidnapping/false imprisonment, assault, battery, intentional infliction of emotional distress, and negligence.

On Thursday, a judge ruled that Brown suffered more than $1.5 million in actual damages and awarded her more than $4.7 million in punitive damages. The total award is $6.3 million.

She originally sought $360 million in damages for medical expenses, pain and suffering, mental anguish, and loss of enjoyment of life.

Kohlhepp was in the news this week after authorities received a tip that more of his victims could be buried in a rural area of Spartanburg County.

Credit: Lauren Petracca/The Greenville News
Todd Kohlhepp leaves the courtroom after pleading guilty to 14 charges and being sentenced to seven consecutive life prison terms at the Spartanburg County Courthouse on Friday, May 26, 2017.

There are five other civil lawsuits pending against Kohlhepp in Spartanburg County. The damage amounts awarded to Brown and possibly others won't reflect how much money the families of victims actually receive, said David Standifer, the attorney for Cindy Coxie, Johnny Coxie's mother.

Attorney Reid Sherard is the court-appointed receiver of Kohlhepp's assets and is determining how much value is still tied to Kohlhepp.

Brown's spokeswoman on Thursday, before news broke about the court order, released a statement about the possibility of more victims.

"Ms. Brown has stated that she hopes all of the victims will be recovered so their families will gain closure," Brown's spokeswoman, Jenny Dial, said in a statement issued to the Independent Mail. "She is very saddened to hear of this discovery as Kohlhepp had previously stated to Kala he had more victims, but she never knew it would be to this extent. She sends her condolences to any families that may fall victim to Todd Kohlhepp."

Items of Kohlhepp's estate are expected to go up for auction online this weekend, and his Woodruff property where Brown was discovered will soon be sold.

This article was originally posted on The Greenville News.