Keep veterans in mind when shooting fireworks on July 4th

Fireworks can impact veterans who have PTSD from serving in combat. The VA Hospital in Columbia has a few things you should keep in mind. 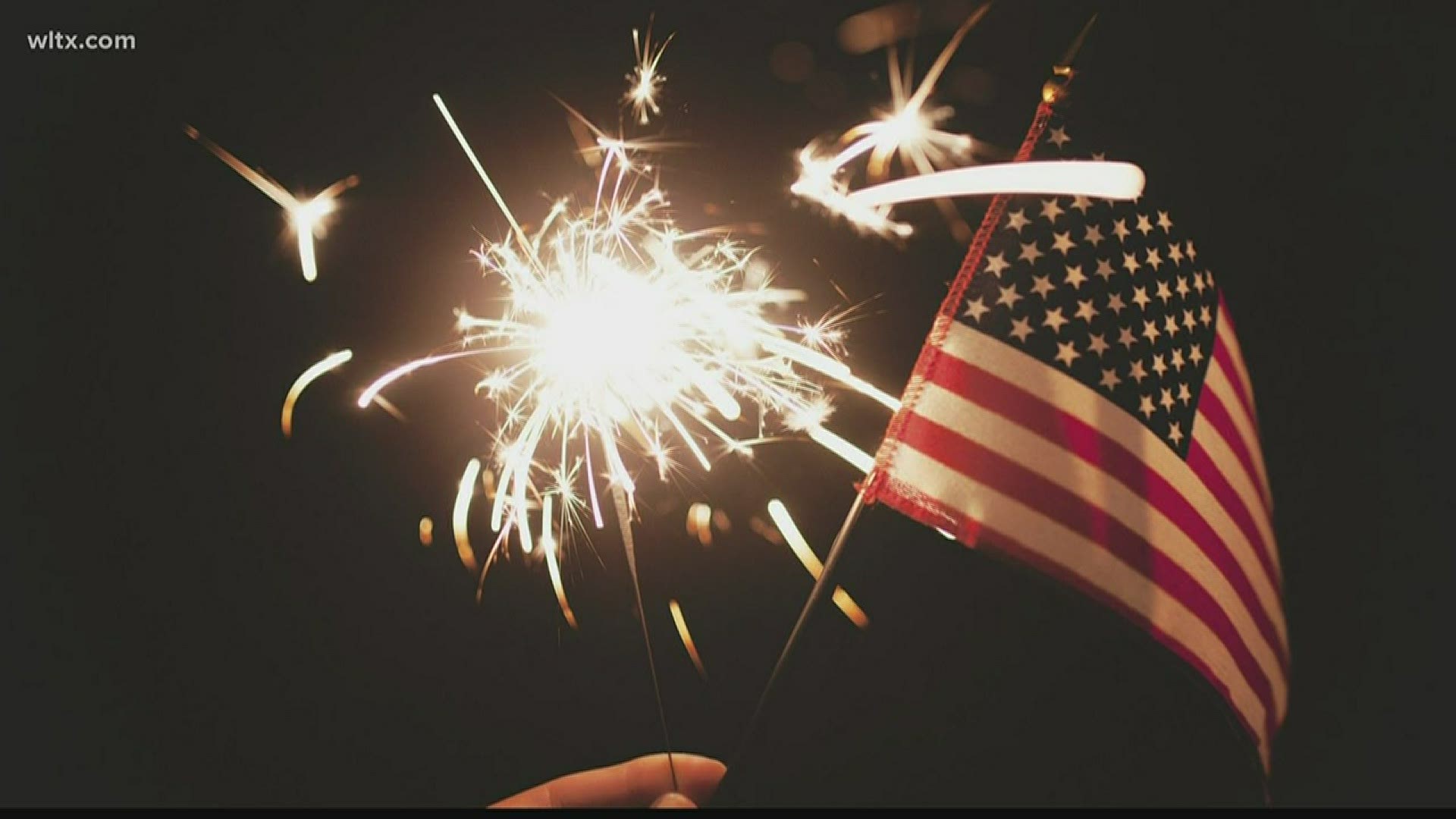 COLUMBIA, S.C. — The Veterans Affairs hospital in Columbia wants to remind  people to be mindful of veterans as the July 4th weekend begins.

Many people spend the weekend cooking out, having parades and lighting fireworks.

But for some, the fireworks can cause an added layer of pain.

"I'm a Generator Mechanic 91-Delta. I did 29 months in Iraq with the (1st Calvary) and I was stationed in Germany as well," said New.

New has a service dog named Macho, a dog who is trained to help him with anxiety.

"He makes me concentrate on him so I'm not sitting there beating myself up mentally or stressing or having anxiety take me to places and things that I don't want to do," said New.

While July 4th is a holiday, the celebration of  it can be difficult one for those who served our country.

"For most veterans, it's a day that we not really cherish as much as other people do because of the fireworks and how it affects us veterans differently than it does civilians," explained New.

New doesn't mind people shooting fireworks, but wants people to be cautious about the time and duration they do. For veterans, the impact of fireworks can last for a long time after the sparks have disappeared.

"Weeks before and weeks after is what really kills us because we can't really sleep," said New. "It affects our functionality, the way we think, the way we act, our sleep patterns. It affects all of that."

New hopes South Carolina will pass legislation that will limit the kinds of fireworks sold and the time and dates where they can be used, similar to what other states have.

The VA Hospital in Columbia on Garners Ferry Road has helped veterans like New to help deal with the anxiety that comes from the 4th of July.

"The VA Hospital has made a great big impact on my life because five years ago I was going through a really dark, depressive state and they helped bring me back out of it," said New.

Karly Warren is a psychologist and the Assistant Chief of Mental Health at the VA Hospital.

"I think it's important for the veteran community to know that the Columbia VA Healthcare System has remained open during the pandemic," said Warren. "There's been no gaps in treatment because the providers have been able to provide video conferencing or telephone services, mailing resources to the veterans' homes or really individualizing care for the veterans' quarantine needs."

Warren knows a lot of people in the community like to go all out for the July 4th celebrations, but people should realize how it affects veterans, especially those who have seen combat.

"A lot of the fireworks create not just the sounds but also the smells or the lights and vibrations that remind the veterans of that combat-related experience," explained Warren.

The month of June is known as PTSD Awareness Month. The VA Hospital has spent time talking to veterans about techniques they can use to help them cope with fireworks on Independence Day.

"We don't want them to so much isolate in their home during it because they lose out a lot on those activities with their families for the 4th of July holidays.

Some of the techniques include grounding responses where they can label a couple of objects in their environment, use self-talk to remind veterans that they are safe and in the present day time, deep-breathing exercises and other calming exercises.

Veterans can also have distractions like listening to music to help keep their mind off of it.

The psychologist says there are a couple of things the community can do to help limit the impact of shooting fireworks.

One way is by talking with a veteran in your community on what time you expect to start using fireworks and when you plan on stopping.

Another way is to limit shooting fireworks to only 60 minutes or not having fireworks at unexpected times during the day.

"We want things to be really predictable for the veteran so they feel a sense of control and they know to cope with this the best that they can," said Warren.

New hopes people will be considerate and think of veterans before shooting fireworks on July 4th.

The VA Hospital says they are there for veterans and they can always talk to someone. They have a hotline available 24 hours/7 days a week. That number is 1-800-273-8255. Veterans can also text 838-255. There's also an online chat available at veteranscrisisline.net.