The incident happened when the deputy responded to a call reporting a suspicious vehicle in a church parking lot. 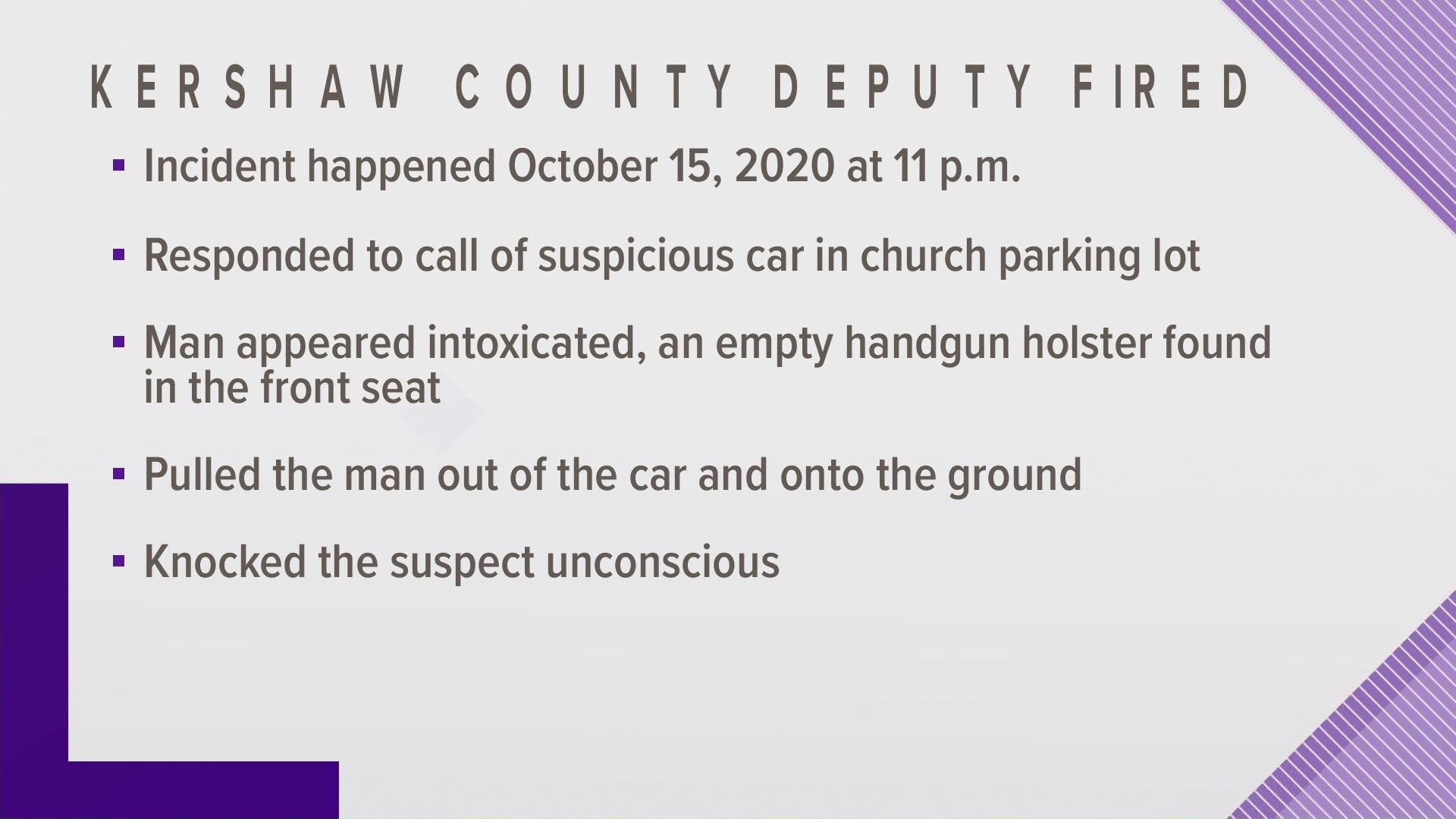 KERSHAW COUNTY, S.C. — A Kershaw County deputy has been fired and is under investigation after knocking a man unconscious and failing to immediately render aid back in October, according to Kershaw County Sheriff Lee Boan.

Officials say the incident happened around 11 p.m. on October 15, 2020 after a Kershaw County Sheriff's Office (KCSO) deputy responded to a call reporting a suspicious vehicle in a church parking lot. The deputy arrived on the scene to a man at the vehicle, who appeared to be intoxicated, and observed an empty handgun holster in plain view on the front seat, officials say.

The deputy attempted to handcuff and detain the man in order to safely conduct an investigation when the man began resisting and pulling away from the deputy. At that time, the deputy reportedly used force to put the subject on the ground and place handcuffs on him. In doing so, officials say the man was knocked unconscious by the deputy.

"What shocked me even more was that my deputy did not immediately render aid or call for medical assistance," Sheriff Boan said. "The deputy eventually called for an ambulance but felt the need to continue using force to get the injured and handcuffed subject into the back of his patrol vehicle."

"This is NOT acceptable conduct from a KCSO deputy," Sheriff Boan said. The deputy has been terminated and a criminal investigation is currently underway by the S.C. Law Enforcement Division (SLED) at the request of the 5th Circuit Solicitor’s office, according to Boan.