Col. Matt Langer was inspired by another trooper who marked a fatal crash with an annual call. 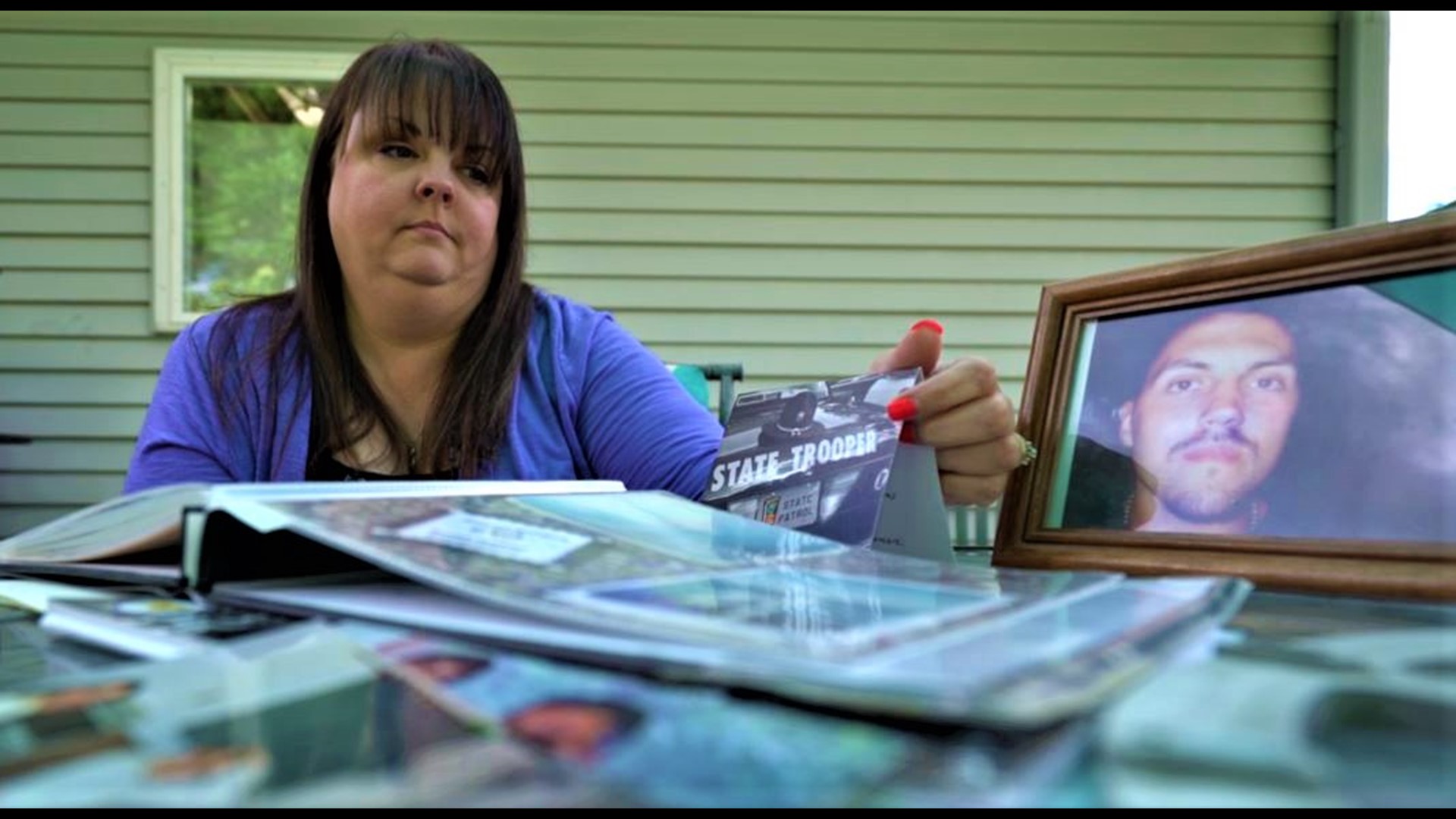 WYOMING, Minnesota — Sure as a sunrise, the envelope arrives each year in the mailbox of Bruce and Sharon Pearson.

“We have received 15 and this year will be the 16th," Sharon Pearson says. “That card has always arrived by the 9th of December.

Sharon Pearson remembers tearing up as she read the first one.

The note had arrived on the anniversary of their 14-year-old daughter Hannah’s death in a traffic accident.

It was written by the Minnesota state trooper who had investigated their daughter’s crash.

That trooper, Matt Langer, is now chief of the Minnesota State Patrol.

And he’s still sending the note.

“In the case of the Pearsons, I remember going to the hospital and I remember visiting with them,” Col. Langer says.

Hannah and a friend had been passengers in a Ford Probe driven by Hannah’s 16-year-old sister Bethany. The girls were on their way to a church function.

Bethany lost control of the car, which was t-boned by a truck.

Bethany suffered severe injuries, as did the friend.

“Yeah, that sticks with you and never goes away,” Langer, himself now the father of two teenage girls, says.

As the first anniversary of the crash approached, Langer picked up a pen and wrote the Pearsons a note.

He hasn’t missed a year since.

Sharon Pearson has saved nearly all the cards.

“Please know we haven't forgotten about your loss,” she reads from one of them.

On a difficult day, “It gives us joy,” Sharon Pearson says.

“It does,” Bruce Pearson agrees. “Now, it's a joyful thing.”

Erica Bodell and her 8-year-old daughter Havana have received a card every November since their car was stuck by a drunk driver, nearly killing Havana and leaving her with injuries she deals with still.

“She broke her neck essentially,” her mother says.

Bodell says she cried when she found Langer’s card in the mailbox on the first anniversary of the crash.

“Going on six years now, he hasn't forgotten,” she says.

Her brother Chris died in a motorcycle crash in 2007.

“And they just kept coming every single year,” she says. “It's like he knows when we need it.”

Matt Langer knows, because he had a good teacher.

“The whole idea of sending a card on the anniversary of a death started with a guy named Sgt. Tom Ludford, a retired trooper,” Langer says.

The name is familiar to Barb Degnan. She’s carried it on a card in her wallet for 28 years.

“I just keep it with me all the time,” she says.

The card is Degnan’s connection to the trooper who investigated the crash that killed her son Dan on Christmas Eve in 1992 while he was home from college.

Credit: Devin Krinke, KARE
Deanna Carlson holds one of the cards she receives each year, on the anniversary of her brother's fatal motorcycle crash, from Col. Matt Langer, chief of the Minnesota State Patrol.

“For all the time that Tom was alive he would call every Christmas Eve to be sure that we were doing okay,” Degnan says.

When Ludford died of cancer 11 years ago, Degnan assumed her connection to the state patrol would end.

“That's when I decided to pick up where Tom left off and continue that tradition,” Langer says.

“We will not forget about your loss of Dan,” Degnan reads from one of the cards Langer sent on the anniversary of her son’s death.

Credit: Devin Krinke, KARE
Barb Degnan and her husband John read the card Barb receives each year on the anniversary of her son’s death.

That also helps explain why each year on the anniversary of Trooper Ludford’s death, a bouquet of flowers arrives at the offices of the State Patrol.

The sender: Barb Degnan – who hasn’t missed a year either.

“It’s a relationship I’d say I wish we’d never had because that would mean that their son was still alive, but out of that tragedy good things have happened,” Langer says.

The chief of the state patrol sends more than a dozen such notes each year. He says he’s certain other troopers are reaching out to families, with which they've had connections, in similar ways.

“I don’t look forward to the anniversaries, but I do look forward to sending the card and just having the opportunity to express in writing that we remember what happened, and we still care,” Langer says.

Some of the families have assisted the state patrol in traffic safety education.

Langer now counts them as friends.

On a recent afternoon, Langer sat at his desk writing a note he would later address and mail to Matt Boeve in Luverne.

Credit: Devin Krinke, KARE
Col. Matt Langer writes a sympathy card he will send to Matt Boeve, whose wife was killed by an inattentive driver.

“Matt, on the anniversary of Andrea's death, please know that we remember your loss,” Langer wrote.

Andrea, Boeve’s wife, was struck and killed while pulling her two young children in bike cart.

The driver of the truck that hit her admitted to making a bank transaction on his cell phone just before the crash.

Langer’s cards have shown up in Boeve’s mailbox ever since.

“I received the first one, first anniversary, and I was blown away by that one and here we are going into year seven,” Boeve says. “To know that we're never forgotten, that's truly a good deed and that's a good man.”

Langer gives the credit to Ludford.

“Without a doubt, he's smiling about this,” the state patrol chief says. “I couldn't stop, because to stop, I think, would indicate we've forgotten and that's not true.”