Legal vs. Life: How the marijuana industry in Arkansas is complicated

Marijuana is a drug that is legal in many states but is now the exact reason thousands of men and women are still locked behind bars in Arkansas. 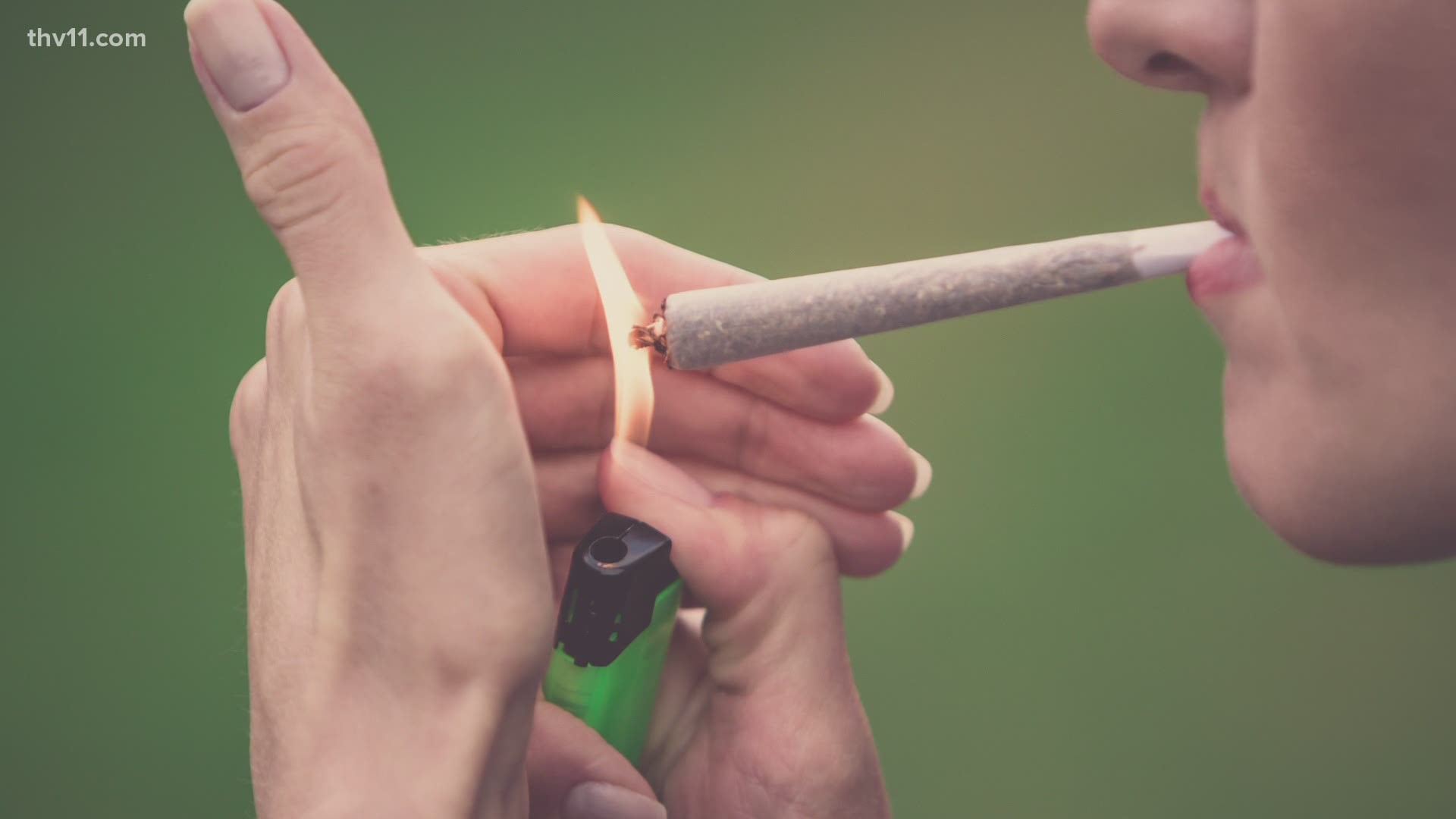 LITTLE ROCK, Arkansas — Marijuana is a drug that is legal in many states but is now the exact reason thousands of men and women are still locked behind bars in Arkansas.

And those laws surrounding marijuana arrests in the state disproportionately impact communities of color.

While some people are fighting to change those laws, others are refusing to budge.

"Whether you had one marijuana cigarette, or an ounce of marijuana or a larger amount, you are treated as a hardened criminal," said Judge Wendell Griffen.

"You are treated as somebody heinous, a menace to society."

Griffen told us that drug laws in the state have had a disastrous impact on minority communities.

With no criminal record, Fernand Gardner was arrested and charged with possession of marijuana with intent to deliver and sentenced to three years probation.

"Everybody is capitalizing on it," Gardner said. "It was frowned upon so much a few years ago that it made a negative change to a lot of our lives."

And there are many more like Gardner who are faced with these consequences that would change his life forever as laws lag behind the legalization of marijuana.

Over the years, we've had discussions with Judge Griffen concerning policing, racial injustice, and inequality. But he said the events of 2020 have brought these topics to the forefront of many Americans.

Bowen School of Law Professor andre douglas pond cummings has studied this disparity for years and said the inequality dates back to the War on Drugs.

“The drug laws have been enforced discriminatorily in the United States," cummings said.

"Across races, races imbibe drugs at about the same percentages— six or seven percent of all races engage in drug use, but our prisons are filled with African Americans and Latinx drug sellers and drug users because the laws have been enforced in a discriminatory way.”

According to a 2020 study by the American Civil Liberties Union, Black people are 3.6 times more likely than whites to be arrested for marijuana, despite having similar usage rates.

If you take a look at the state-by-state breakdown, Arkansas’s racial disparity is lower than the national average with Black people 2.4 times more likely to be arrested.

While medical marijuana was legalized in the state in 2016, federally, it is still considered an illegal drug.

In fact, it falls in one of the most restrictive classes on the schedule of controlled substances, which is reserved for drugs with a "high potential for abuse."

“What will happen to the people who have purchased individual uses of marijuana, individual quantities of marijuana for recreational use and have done nothing except use the marijuana?" Griffen asked.

"And what happens to the people who have sold them recreational marijuana and done nothing for it? They have sold less than the acreage that we have licensed people to buy? Nobody is asking that question and that’s the reality.”

Griffen said marijuana has been capitalized, "so that the capitalist system could generate revenue and the revenue is being generated to benefit people who are white."

"People who are white and wealthy are underwriting or financing the so-called medical marijuana industry," he said. "[It sends] the message of capitalism and its hypocrisy."

Everyone in prison for a marijuana offense should be expunged, according to cummings.

"We should commute every sentence of anyone involved in a nonviolent drug conviction where no one was harmed, where weapons weren't brandished," cummings said.

"We should free them from prison."

In Oregon, voters chose to become the first state to decriminalize possession of small amounts of cocaine, heroin, meth, and psychedelic mushrooms.

New Jersey, Arizona, Montana, and South Dakota also voted to legalize recreational marijuana. Currently, 15 states have legal use of marijuana while 16 states have decriminalized it.

“Arkansas is one of the harshest states in the union in continuing to criminalize marijuana. We are significantly behind the time," cummings said.

"Just a small amount of possession can end up in a felony and a prison sentence.”

There are a lot of people, like State Drug Director Kirk Lane, who said that science drives their opinion on why they believe marijuana should not be legalized.

Lane referenced this public health advisory issued by the Arkansas Department of Health, where Lane and Surgeon General Dr. Greg Bledsoe urge Arkansans to be aware of the use of products derived from cannabis, including marijuana, and the harmful risks associated with those products.

It cited marijuana as addictive, more potent than before and its use is associated with a number of adverse health outcomes.

But COVID-19 brought those efforts to a halt.

With a legislative session approaching in January, Judge Griffen said if there is going to be changed in the Natural State, lawmakers need to be challenged.

When we reached out to Governor Asa Hutchinson regarding legislation efforts, he responded with this statement:

“I have consistently opposed the legalization of marijuana, but I also regularly pardon drug offenders who were convicted of non-violent offenses and are trying to get a better start in life. If there is legislation proposed that expunges the record for simple possession offenses, then I would review it to see if it has the right safeguards. I reserve final judgment until after I reviewed and studied the proposal.”