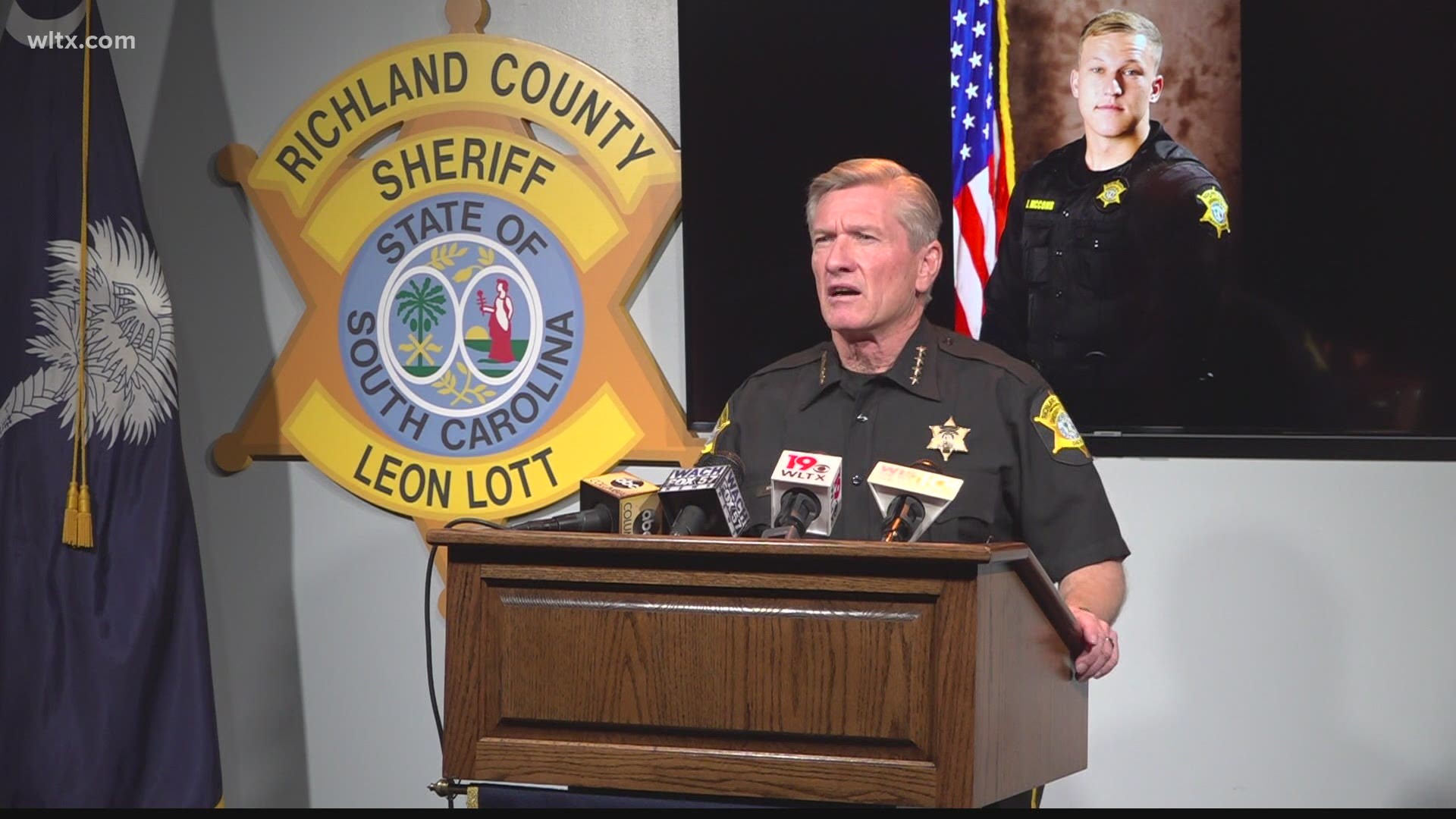 COLUMBIA, S.C. — Richland County Sheriff Leon Lott has been named national Sheriff of the Year by the National Sheriff's Association.

Officially the NSA Ferris E. Lucas Award for Sheriff of the Year, the award will be presented during NSA’s annual national convention in June.

“This is a tremendous honor both personally and for the state of South Carolina,” said Lott, who received an announcement letter Monday. “This is the first time a S.C. sheriff has been named national Sheriff of the Year. And to be recognized by this 81-year-old organization with a history going back to the 19th century in which some of the most important local and national law enforcement policy has been legislated, makes it all the more rewarding to me.”

Lott is nearing 25 years in office as Richland County's sheriff, winning his first election in 1996.

Founded in 1940, the NSA represents thousands of sheriffs, deputies, and other law enforcement, and public safety professionals, nationwide, with the Association’s roots stretching back to the Interstate Sheriffs' Association founded in Minnesota and surrounding states in 1888.

NSA “serves as the center of a vast network of law enforcement information, filling requests for information daily and enabling criminal justice professionals, including police officers, sheriffs, and deputies, to locate the information and programs they need,” according to their website (sheriffs.org). Among NSA’s national resources is SHERIFF & DEPUTY magazine, in which the work of Lott’s Richland County Sheriff’s Department has been regularly featured since 2016.

The NSA Ferris E. Lucas Award for Sheriff of the Year was established in 1995.