Sheriff Leon Lott said the incident all happened on Sunday, May 31. 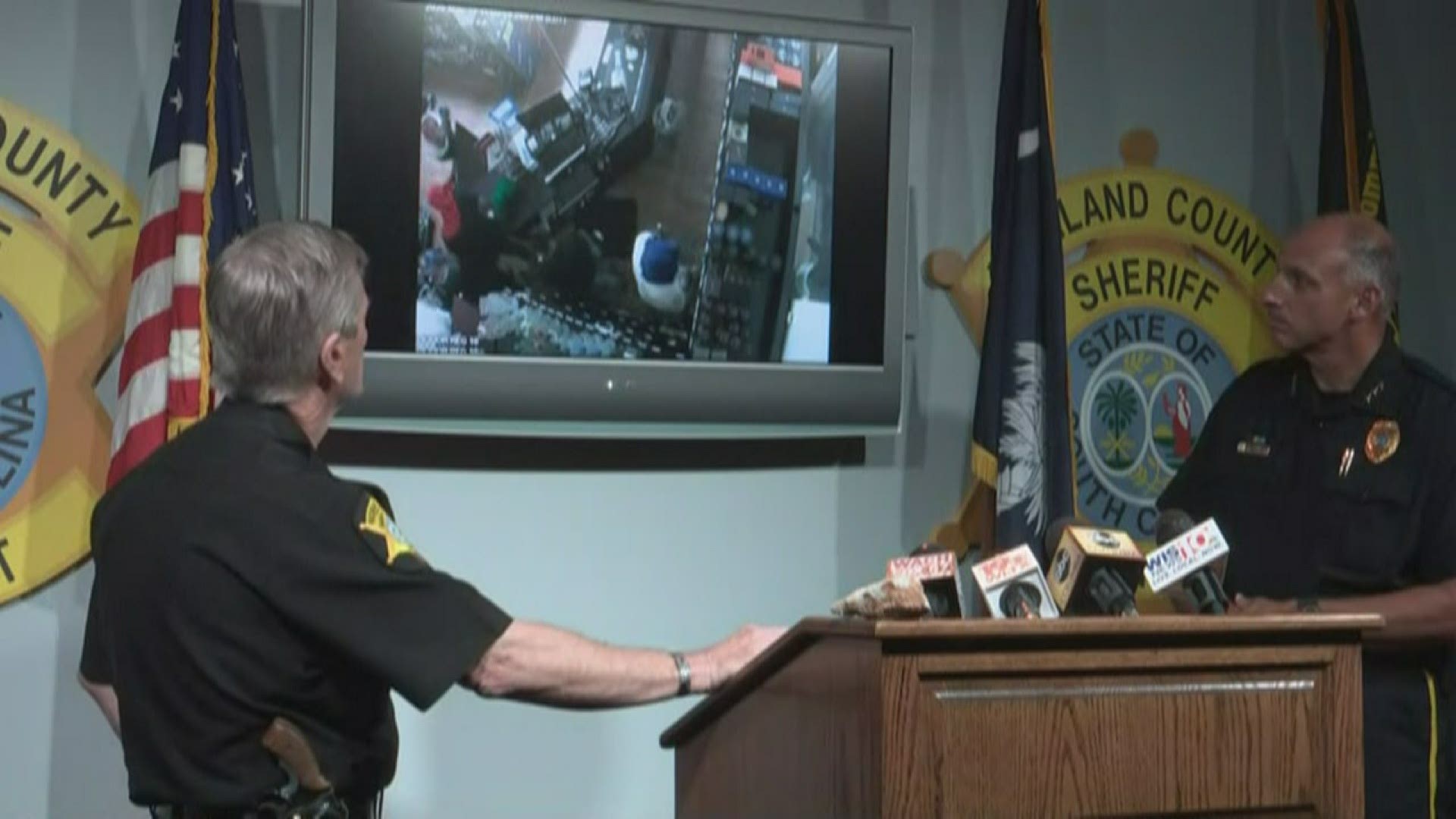 The two spoke Friday afternoon at a news conference. Lott said several of the suspects had attended a protest in downtown Columbia a day earlier that had turned violent. Lott said an ankle monitor tied some of the suspects to both events.

But Lott said these were not protesters or people who attended to call for justice. "Protests are being hijacked by some who are doing nothing but going out and stealing property and hurting people," Lott said. "They're common criminals."

Lott said around 11 p.m. on May 31, a group of 28 people stood outside Green's liquor store on Assembly Street. Some of them broke the glass to the store and went inside, stealing $5,700 in alcohol.

Police say around 2:48 a.m., more than a dozen people from the same group broke into the Rodney’s Rockets on Clemson Road and stole an estimated $1,000 worth of fireworks.

After the jewelry store burglary, officers say they spotted a vehicle acting erratically near the Sandhills area. Eventually the vehicle crash on Faraway Drive.

That ultimately led to the arrest of three suspects.

Lott and Holbrook announced multiple arrests since the protest that took place on Saturday, May 30 in downtown Columbia. The protest began peacefully, but there were pockets of violence, leading to a confrontation near Columbia Police Headquarters between a small group of the protesters and law enforcement.

Since then, the protests in Columbia have been peaceful and there has been no violence.