The measure comes after the district has seen four schools move to virtual learning due to COVID-19. 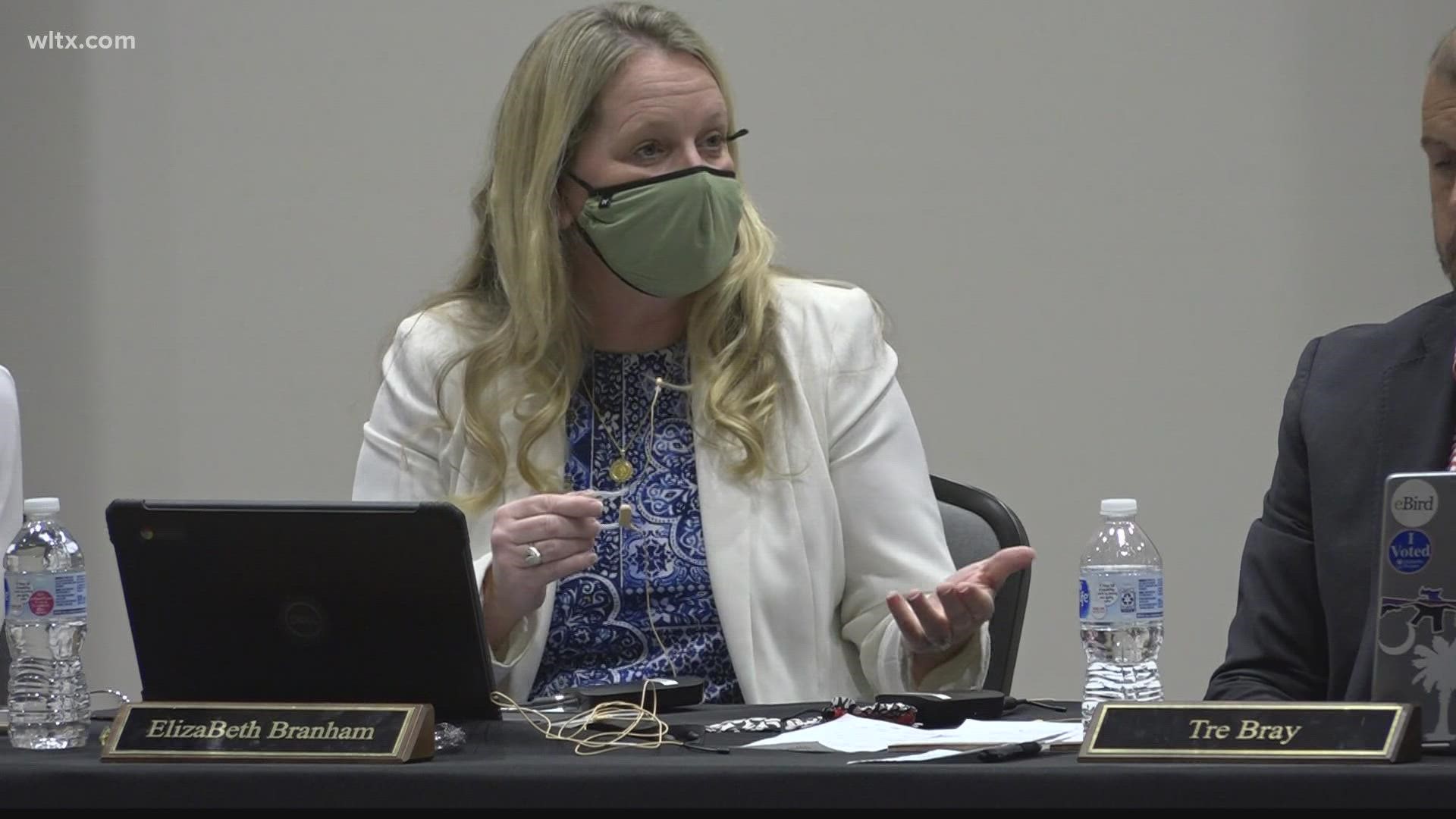 LEXINGTON COUNTY, S.C. — Lexington School District Two has passed an emergency temporary mask mandate as the district deals with a large number of quarantines due to COVID-19.

The board took the action at a special called meeting Thursday night. The measure goes into effect Friday and lasts until October 31, although the board has the option of ending it sooner if conditions improve.

Lexington Two Superintendent Dr. Nicolas Wade, who proposed the mandate, said the only option to limit the high numbers of quarantined students and get back to in-person learning is to require masks of students and staff regardless of vaccination status. Wade said that right now, a plurality of students are not wearing masks.

"We find ourselves, along with a number of other school districts in an unfortunate situation where we're trying to do the best that we can to educate our kids and the best way that we can do that is to making sure that they're able to stay in our schools," said Wade.

Currently, four district schools are in virtual learning because they had a high number of quarantines. At Wood Elementary, which switched to e-learning on Thursday, one-third of students had either tested positive or were in quarantine, according to Lexington Two officials.

Most other board members agreed with Wade about the solution that he proposed, saying they didn't see another way to get the numbers down.

“This is a temporary measure, a temporary mask policy that’s gonna allow us to not have to quarantine in such large numbers that we’re currently seeing, said board member Elizabeth Branham.

There are currently 2,000 students quarantined in the district. Wade says this is due to new DHEC guidelines that would increase the range of COVID exposure from three to six feet.

But Trustee Tre Bray questioned if it might not violate the budget proviso that blocks districts from enforcing a mask mandate, and asked how it would be enforced. Earlier in the day, the South Carolina Supreme Court ruled that a mask mandate put in place by the City of Columbia conflicted with the proviso, striking down the city's emergency ordinance. The proviso bars school districts from issuing mask mandates; if they do, they could lose state funding.

The State Supreme Court has yet to rule on a second lawsuit brought by Richland School District Two challenging the budget proviso. That suit challenged the proviso's legality.

Richland School District One Superintendent Dr. Craig Witherspoon  said Thursday that until that ruling comes down, they're keeping their mask mandate.

RELATED: Richland One says it's keeping its school mask mandate for now, despite ruling