Plenty of people are talking about Saturday night's episode of "Live PD" that showed a high speed chase that ended with the suspect struggling with an officer even as he held his small child. 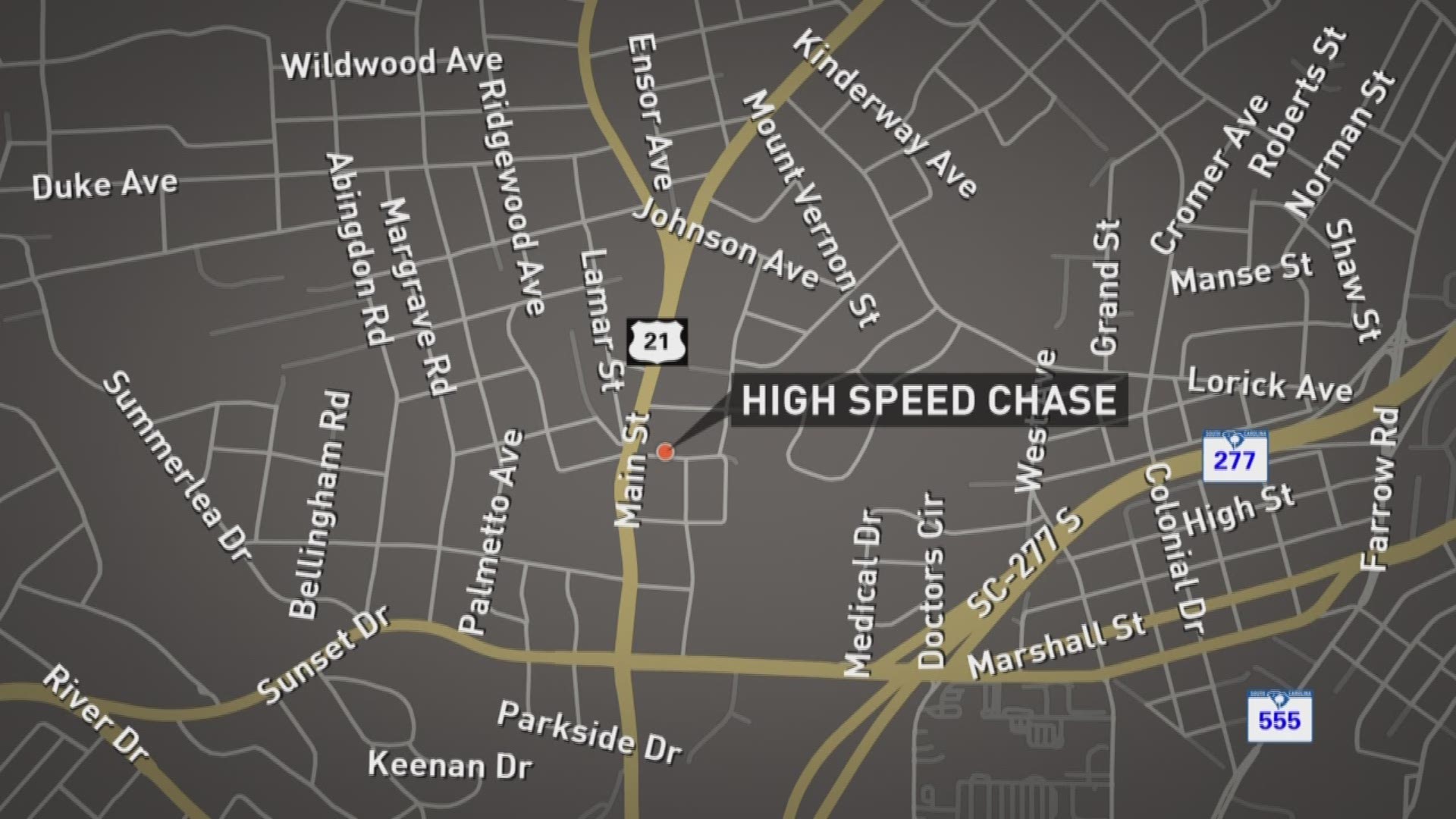 Columbia, SC (WLTX) - Plenty of people are talking about Saturday night's episode of "Live PD" that showed a high speed chase in Columbia that ended with the suspect struggling with an officer even as he held his daughter.

The host of the show even called the event "emotionally draining."

"Live PD," the A&E Show that follows officers with the Richland County Sheriff's Department as they respond to incidents, caught most of what happened on camera.

About as insane of a scene as you'll ever see on TV: Evading police going 95 mph, flips car, emerges HOLDING HIS CHILD! Unreal. #LivePD pic.twitter.com/roHOLd1PXO

Deputies say it started as a call for a fight at a house party on Pelican Road, then morphed into a car chase.

The pursuit started down Monticello Road when the suspect turned onto North Main and Elmore. That's where they say the suspect flipped the car.

What happened next is what triggered an emotional response from viewers. In the video, the man identified as Martin gets out of the car while holding his two-year-old daughter in his arms. Richland County Deputy Chris Mastrianni, who had responded to the scene, attempts to detain the main, and the two get into a struggle, with Martin continuing to hold the child in one arm while trying to hold off Mastrianni with the other.

Eventually the girl was put down, the two continued their struggle, but Mastrianni was able to restrain the man and take him into custody.

Moments later, Mastrianni could be seen picking up the child to get the little one some attention. We're told the child was taken to the hospital for observation, but is expected to be okay. She was later given over to another family member for care.

Deputies later said that the suspect did strike another car during the chase, but that the driver of that vehicle is also fine.

Within moments of the incident, people took to Twitter and Facebook to give their reactions on what happened.

Even Dan Abrams, the host of Live PD, seemed taken aback by what he'd seen.

"I've done a lot of live television but tonight's #livepd was definitely one of the most emotionally draining. Ever," he wrote on Twitter.

I've done a lot of live television but tonights #livepd was definitely one of the most emotionally draining. Ever. https://t.co/MqWT0kqGpQ