Where does 'Live PD' stand with Richland County?

The Richland County Sheriff's Department has been a part of Live PD longer than any other agency. Will they continue to be on the show after its hiatus? 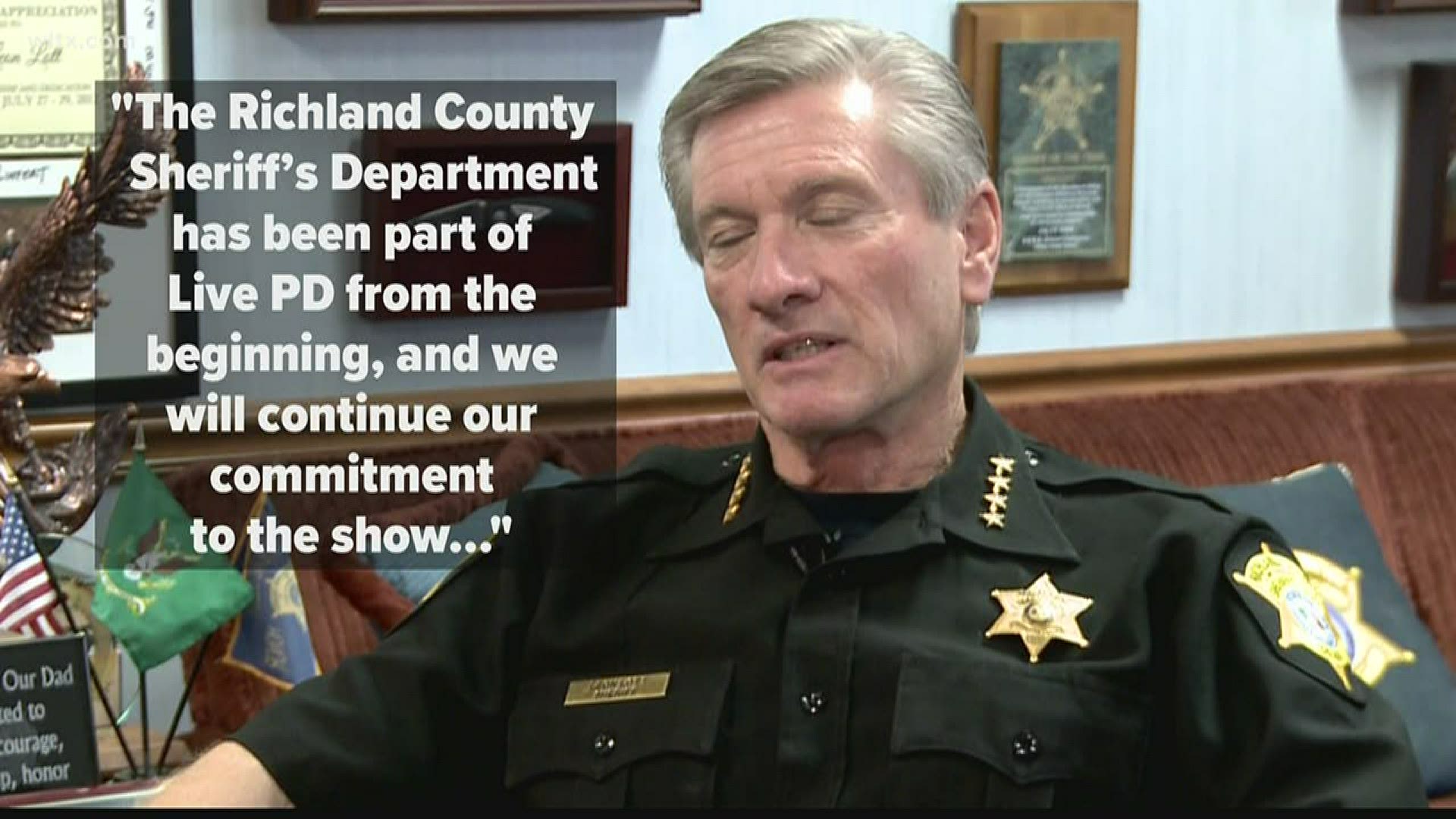 RICHLAND COUNTY, S.C. — Live PD is taking a hiatus currently due to outrage around the death of George Floyd in Minneapolis.

The Richland County Sheriff’s Office has been a part of Live PD since it aired in October of 2016 and has always said it is a positive experience.

Sheriff Leon Lott issued a statement saying “The Richland County Sheriff’s Department has been part of Live PD from the beginning, and we will continue our commitment to the show. The community response to our involvement in Live PD has been overwhelmingly positive. It has served to humanize deputies and showcase the transparency of our department. Any decision about the future of Live PD is not in our hands.”

The show itself is currently under fire for the death of Javier Ambler in Austin TX, that was captured not only on officer body cams, but by the Live PD production cameras as well.

Cohost of the show Dan Abrams tweeted a statement saying “The incident did not occur while Live PD was on air but rather during the show’s hiatus, when producers are regularly out in the field gathering footage.”

The Williamson County Sheriff’s office in Austin attempted to pull over Ambler for failure to dim his headlights when it turned into a pursuit. Ambler crashed his car and during the struggle to arrest him, officers tased him four times.

In the body cam video, Ambler can be heard saying “I can’t breathe.” The same statement uttered by George Floyd as he was held down by the neck by a Minneapolis police officer.

Ambler’s case is currently under review by the DA’s Civil Rights Division. His death was ruled a homicide.

Margaret Moore, Travis County District Attorney said in an interview, “It is a very very serious concern to any of us in law enforcement that the decision to engage in that chase was driven more by a need to provide entertainment then it was to keep Williamson County residents safe.”

According to the statement from Dan Abrams Twitter, “neither A&E nor the producers of Live PD were asked for the footage or an interview by investigators from law enforcement or the District Attorney’s office.”

As for the future of the show, Abrams says it will be coming back.