Here's a look at our live updates throughout the day Sunday. 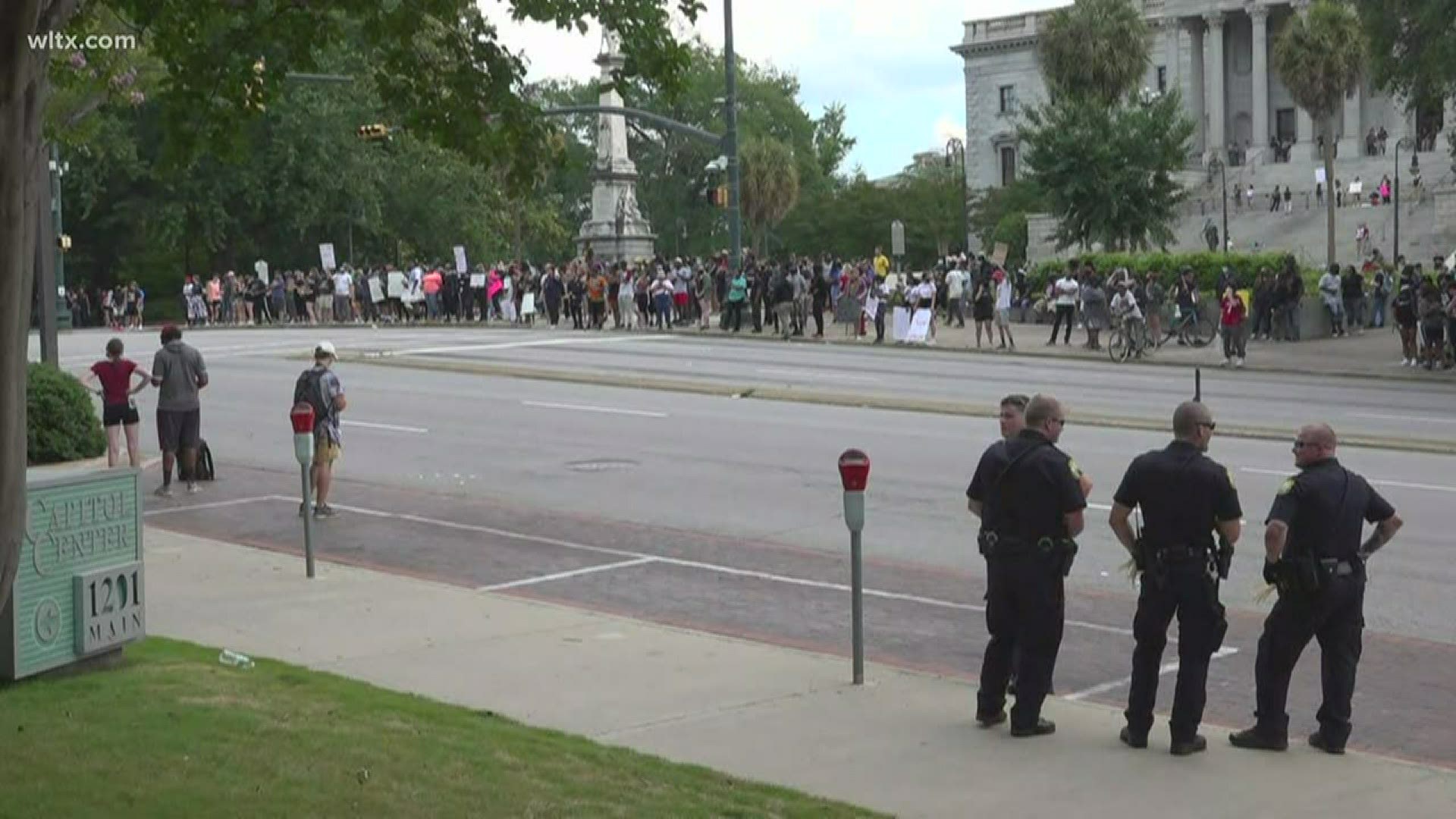 COLUMBIA, S.C. — The second of two weekend 'I Can't Breathe' rallies in downtown Columbia came to an end as the City of Columbia's 6 p.m. curfew came and went Sunday evening.

Here's a look at our live updates throughout the day Sunday.

Between Saturday and Sunday, more than 50 people were arrested by Columbia police and Richland County deputies in connection with the 'I Can't Breathe' rallies in downtown Columbia.

Fifteen were from the Columbia area. Another 20 were not. And at least five were from out-of-state.

One of those arrested was a 19-year-old man from Orangeburg County who was carrying a gun and approximately rounds of ammunition.

“To those who think they got away with agitating the crowds, know that those who were there peacefully took videos and pictures of you,” Sheriff Lott said. “And we’re coming after you.”

As of 8:25 p.m., all seems quiet in Columbia after protesters dispersed following the 6 p.m. curfew.

Here's a look at downtown.

A live look in the Vista in downtown Columbia. Alicia Neaves TV and photographer Vann Lott are on the road:

Police are working to disperse protesters as the 6 p.m. curfew goes into effect.

Tear gas was also dispersed at the end of the rally, attempting to disperse the crowds before the 6 p.m. curfew. In a video you can see a protester throw the gas can back towards law enforcement. 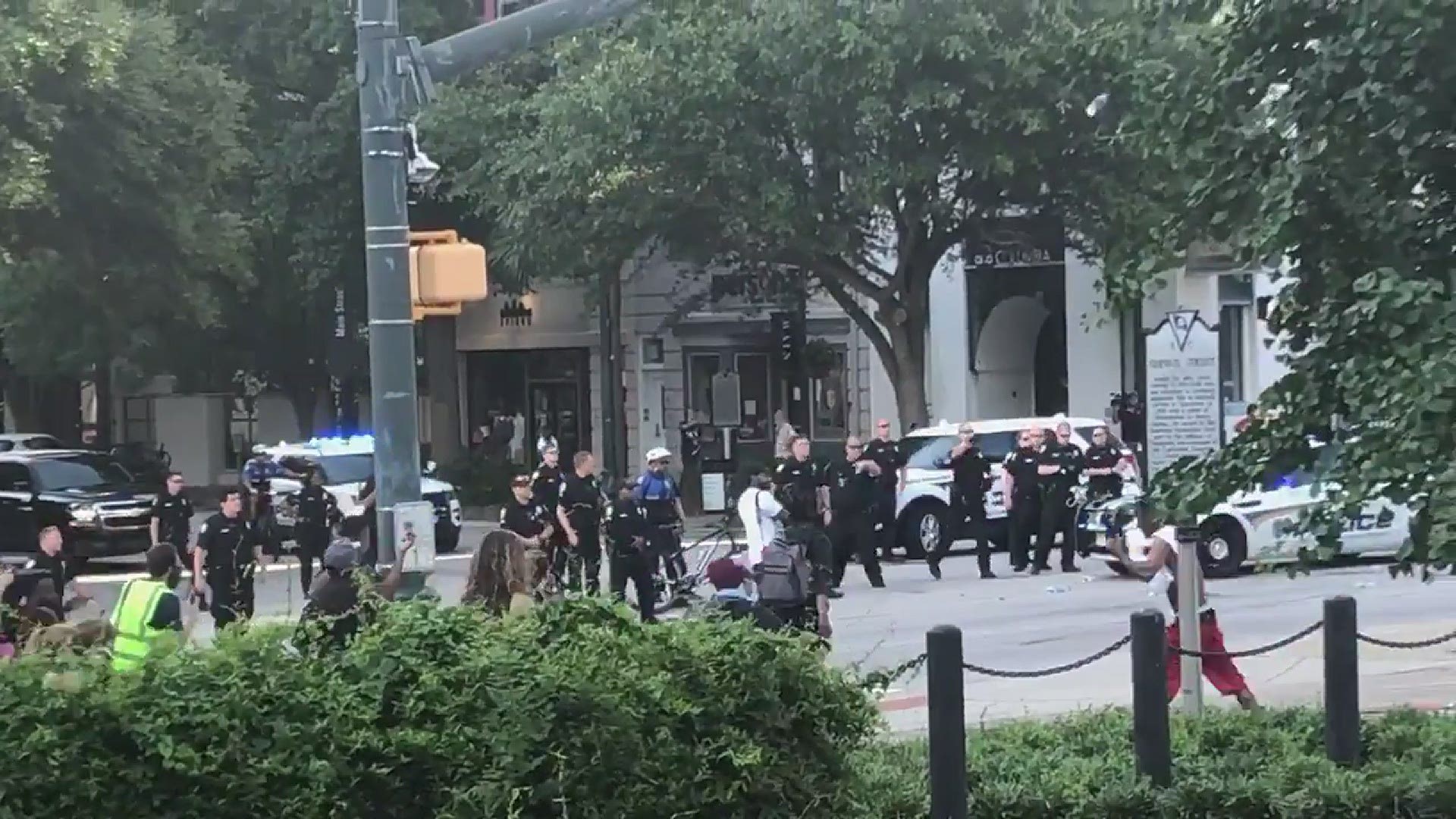 Rally on the move

After being met by law enforcement near the police headquarters, protesters have moved back to State House. They have formed a line, some holding hands in solidarity.

News 19 crews are downtown, where we are hearing the rally is moving to Columbia Police Headquarters.

The City of Columbia reminded the public that the emergency curfew enacted Saturday is still in effect today.

As of Sunday afternoon, the City of Columbia has added additional boundaries for the Five Points area starting at 6 p.m. through 6 a.m. Monday, June 1.

At a 1 p.m. press conference Sunday afternoon, South Carolina Governor Henry McMaster said law enforcement across the state are on alert and ready and will deal sternly with those who cause chaos.

Following his comments, a number of state and community leaders also called for peaceful protests

Law enforcement prays ahead of rally

The organizer of the 'I Can't Breathe' rally on Saturday has called for a second peaceful gathering on Sunday, May 31, at the State House in Columbia.

Lawrence Nathaniel says he hopes the 2 p.m. rally at the S.C. State House will be held without incident, unlike the events of Saturday.