Temperatures are predicted to be in the mid to upper 90's this week. Local officials are finding ways to help keep residents cool. 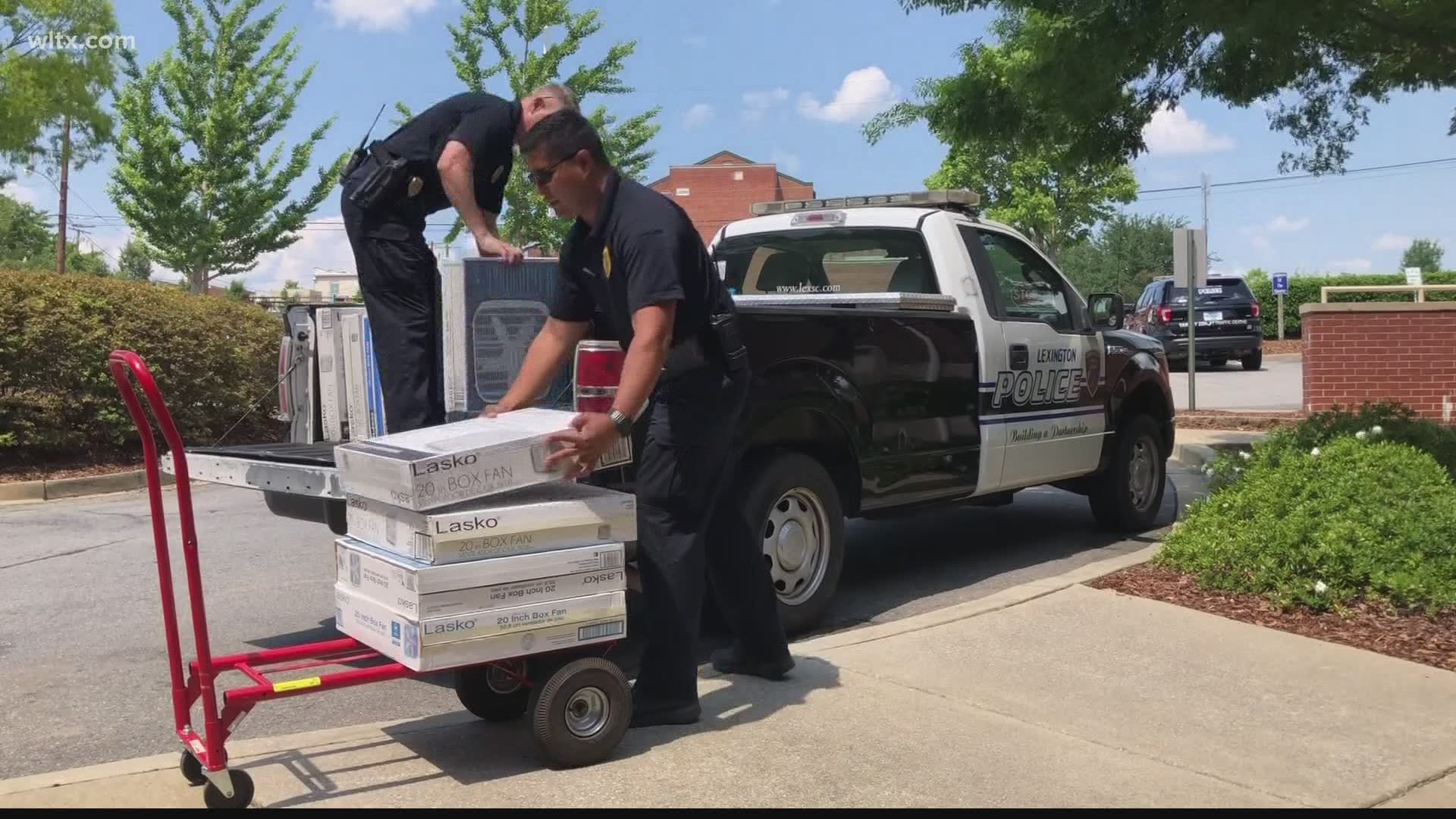 COLUMBIA, S.C. — As Summer approaches, temperatures in the Midlands are expected to get hotter and the Lexington Police Department is helping the community beat the heat.

Sergeant Cameron Mortenson said they have begun their annual 'Operation Cool Down' program, something that has been going on for 12 years.

Sgt. Mortenson said this program is a great way to give back and help those in need.

"There's two parts to it," Sgt. Mortenson. "First if you're in need of a box fan, we're able to provide a fan for each family, and then if you are looking for an opportunity to give back to your community. We have businesses and churches and individuals that helped keep this program going by donating you know one fan or we have some people donate dozens of fans."

RELATED: Tips for dealing with the South Carolina heat

LPD has given out more than 50 box fans since Monday. According to Sgt. Mortenson, anyone in need of a fan can stop by the Lexington Police Department Station at 111 Maiden Ln. in Lexington. No questions will be asked.

"We want to be able to get a fan into someone's hands in need," Sgt. Mortenson said. "You come in and say 'I need a fan,' you're going to get a fan. Oftentimes, if it's someone outside of the town of Lexington, if somebody calls them we might ask them to call their local police department or sheriff's department to see if it's a program that they operate, but if they're unable to get a fan, they're more than welcome to come here to get one."

This week, the City of Columbia Police Department is also beginning their annual 'Fan the Heat' program to collect AC units and box fans for the community. The city does have requirements for those who pick one up.

The City of Columbia’s Parks and Recreation Department has set up (6) misting stations across the city.

"We have six misting stations that we're going to open up in the next week or so, depending on the temperature," said City of Columbia Councilman, Howard Duvall. "That will be in addition to the three pools that we have, we have sprinkler pads and several of the parks that, that the kids love to run through."