As guidelines relax, restaurants are learning to create a new normal. 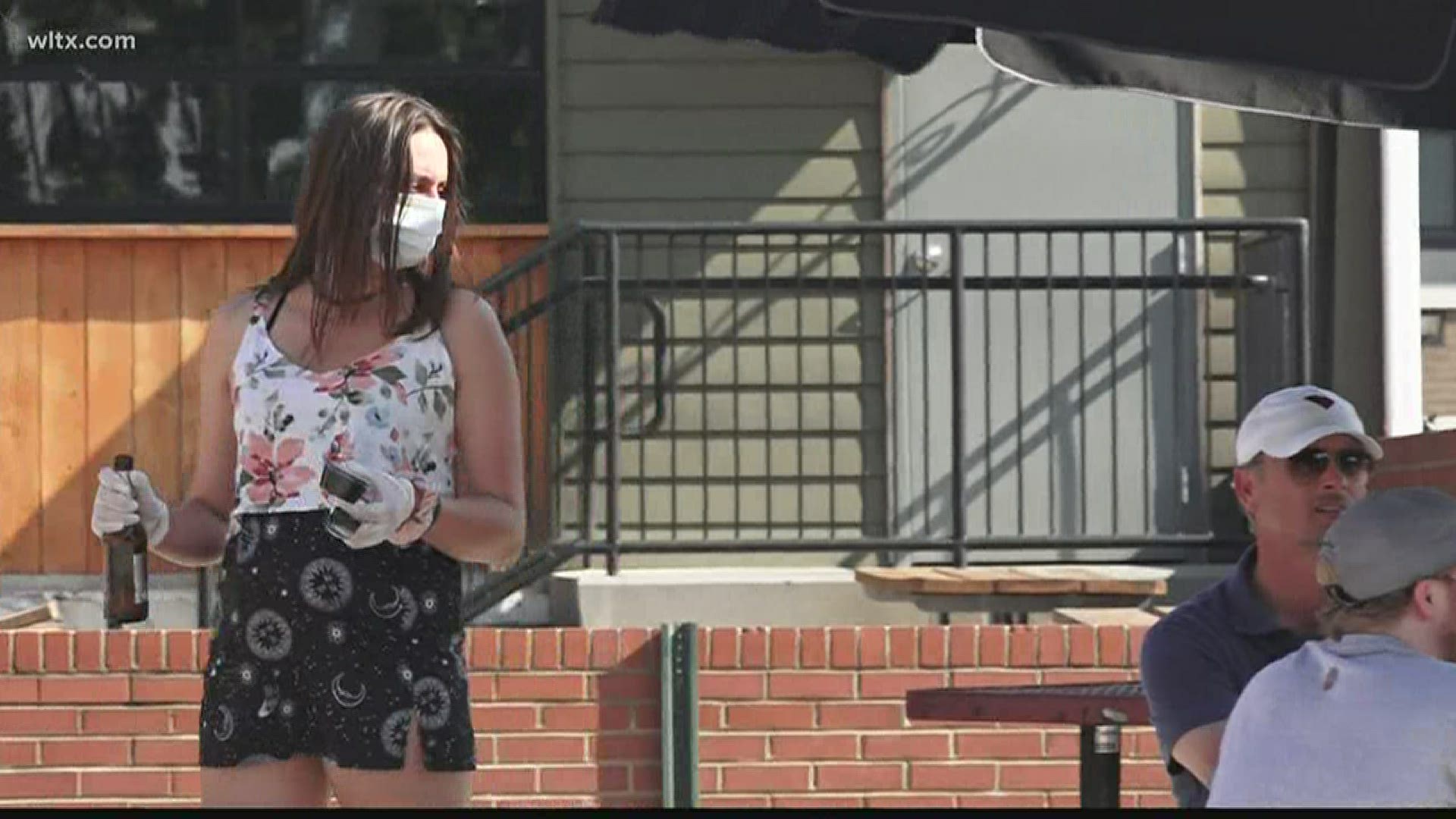 COLUMBIA, S.C. — Monday afternoon saw temperatures in the 80's, nearly perfect weather for anyone interested in eating outside. With South Carolina restaurants allowed to have outdoor dining, many are venturing out to their favorite hangouts.

In Five Points, Jake's saw a crowd as people were anxious for a chance to enjoy spending time with friends during this pandemic.

"All of our severs and bartenders are all wearing gloves," says John Sears, co-owner of Jake's. "There's single-use plastic, single-use plates and single-use menus. We're trying to follow all of the rules and hope people can have a good time."

Those guidelines, which are set out by the South Carolina Restaurants and Lodging Association, are expected to help keep patrons safe while out at restaurants.

Outdoor establishments are also required to space tables at least eight feet from each other and limit the number of people at each table to no more than eight.

Sears says they are more than willing to abide by the new guidelines if it means they will be able to get back to work.

For the past six weeks Jake's has been closed. They also had to lay-off all of their staff.

"We ended up shutting down right before St. Patrick's day which was our biggest day of the year," says Sears. "It was rather devastating."

Now, with outdoor dining open, they've been able to hire a majority of their staff back.

"Returning to a sense of normalcy is all we can hope for."

Tin Roof in the Vista also saw a crowd with their outdoor seating. While they did have a live musician, they had to encourage people not to dance and remain at their tables.

"Everyone has been really tired of being bogged down inside," says Clay Maguire, Columbia resident. "I think it's important that we still take social distancing seriously, but I think in an environment like this it's good to be out and around people"

Little by little, the state is relaxing guidelines. The AccelerateSC task force could create a plan that will allow for indoor dining by mid-May.