'Looks like a war zone': Columbia woman was in Beirut, Lebanon when blast happened

Columbia native, Allyson Portee, now lives in Beirut and was a few miles away at a store when the explosion happened on Tuesday. 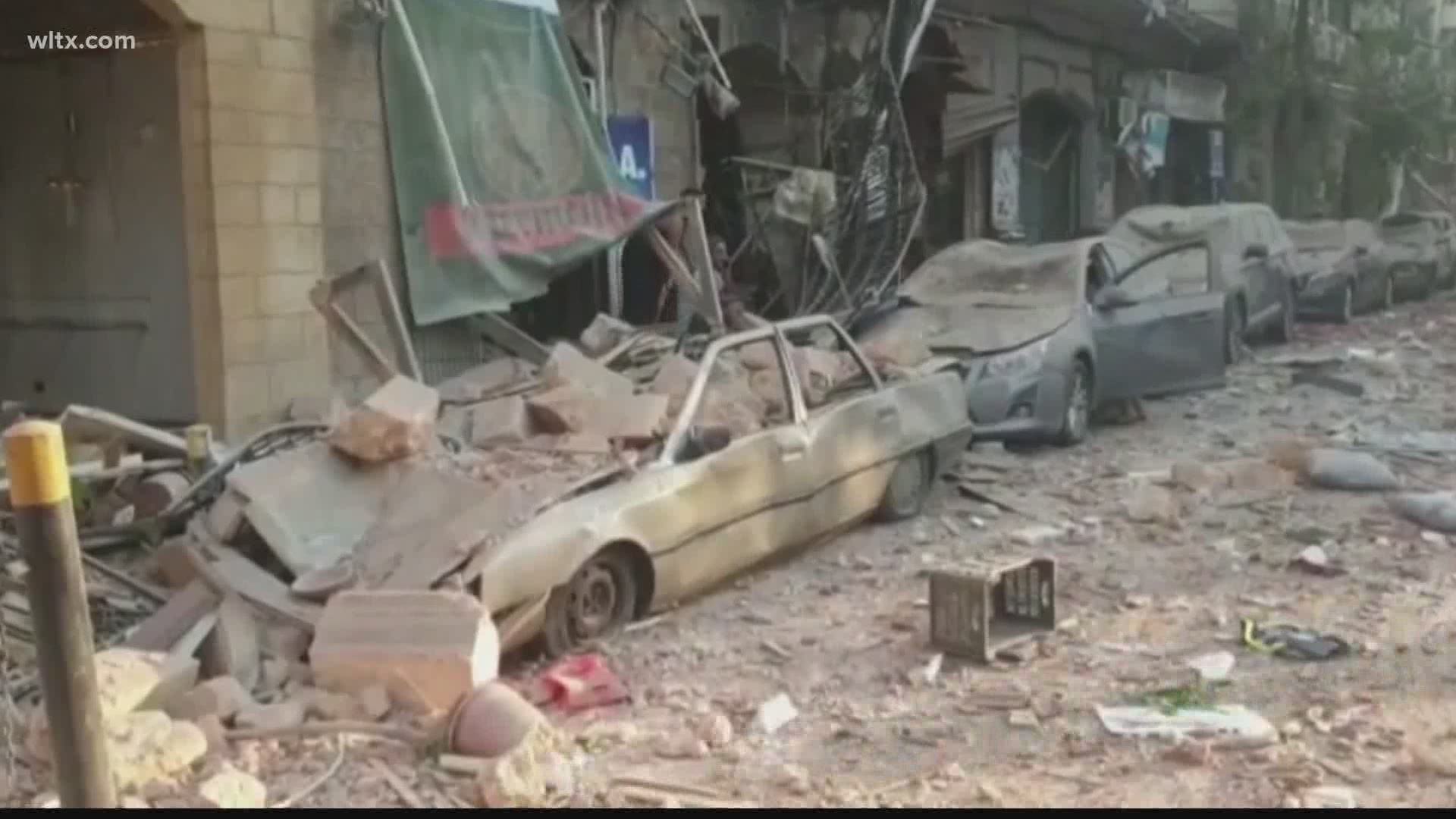 COLUMBIA, S.C. — On Tuesday an explosion in Beirut, Lebanon killed more than 130 people and injured thousands.

On Thursday a Columbia native,Allyson Portee, who now lives in Beirut, spoke about her what happened to her, as the blast happened just a few miles from where she was shopping.

"Downtown is completely decimated and today I was down there and I was shocked," Portee said. "The hotels, these fine, five-star hotels completely demolished. It looks like a war zone."

Portee was only a few miles from where it happened.

"I just got back into Lebanon after being stuck in Paris for all those months and came back on Sunday and on Tuesday I needed to go out," Portee said.

On her way to run errands, Portee passed by the port,epicenter of the blast, a few hours before the explosion happened.

RELATED: Negligence under investigation in Beirut explosion amid public anger

"The Uber driver went right in front of the entry way of the port, the Beirut Port, and so I got to the shopping center, a store like Walmart, and I started doing some grocery shopping," Portee said. "And then all of a sudden the lights went out, but that's normal in Lebanon because of the faulty electricity, and then all of a sudden I heard a boom."

Portee said she started to run.

"I looked into the mall and there was smoke and people were screaming and running," Portee said.

When Portee finally made it out of the store she was still unsure as to what caused the blast, but then came home to her own damage.

"I found my front door wide open, my heart stated to panic and I walked in my lights weren't working, but again that's normal for Lebanon," Portee said. "And as I was walking I felt glass under my feet and, so my living room window was busted in."

"I didn't realize how strong it was until I got home and saw my own window had been blasted in," Portee said.

As the investigation into the blast continues, Portee said the people of Lebanon are strong and will get through this.

RELATED: Negligence under investigation in Beirut explosion amid public anger

"It is the people who are getting out their brooms and dustpans," Portee said. "The heart, the Lebanese heart, to love each other and serve one another that's where the help is coming from."

Portee said she will be going downtown tomorrow near the blast site to help clean up and help those in need.