"It's amazing to just not feel so alone anymore and to know that [Breonna Taylor] really did matter," Taylor's mother, Tamika Palmer said. 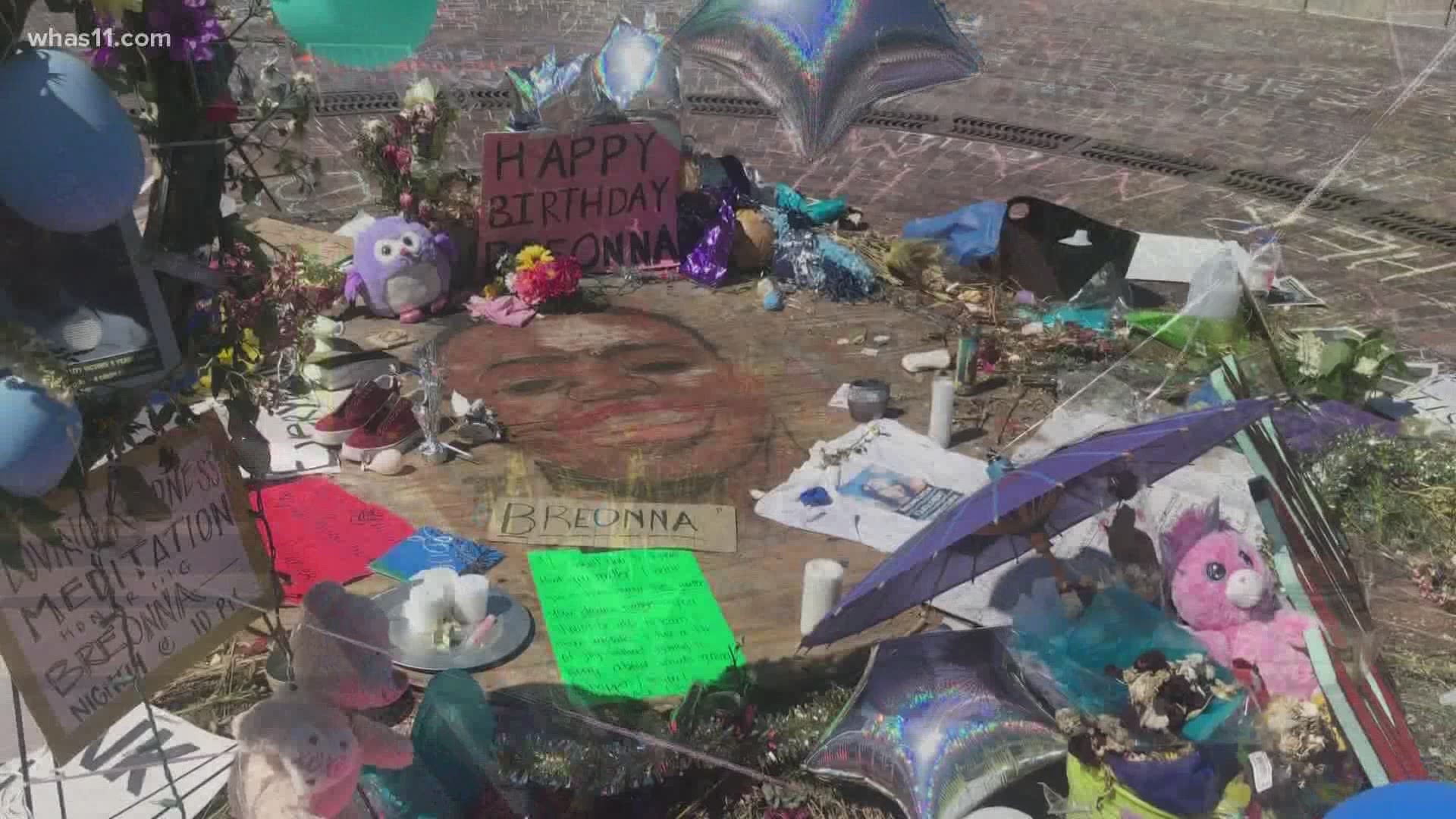 LOUISVILLE, Ky. — Just a day after the historic vote to ban no-knock search warrants in Louisville, Metro Councilmembers presented Breonna Taylor’s mother with a copy of the new law and a proclamation to honor her daughter’s life and legacy.

“A young professional with a servant’s heart who worked to save lives as a first-responder, as an emergency technician with Louisville Metro and in the healthcare industry," Councilwoman Barbara Sexton Smith said as she and Councilwoman Jessica Green presented Taylor's mother, Tamika Palmer, with the proclamation.

“If she was here oh my god she would be so happy, this is amazing," Palmer said.

RELATED: Breonna's Law bans no knock warrants and sets guidelines for how search warrants are executed

“It’s just the beginning though there’s still a lot of work that has to be done," Palmer said. "But it's amazing to just not feel so alone anymore and to know that [Breonna] really did matter.”

“It was powerful to see this jacket hanging on the back door of that apartment where that door was kicked open," he said.

Breonna’s jacket was left untouched in her apartment after the deadly police shooting March 13 that took her life. 2X said it serves as a reminder she loved to lend a helping hand.

A memorial for Taylor has grown every day at the center of Jefferson Square Park. To make it permanent so her name won't be forgotten, city and community leaders are hoping to rename it ‘Breonna Taylor Fountain Circle.’

“This particular circle has been a healing circle for many reasons and a circle for many announcements, gatherings, and many survivors like Tamika Palmer," 2X said. "She had been down here to try to get a sense of getting connected to coping without that energy being around them again.”

Lonita Baker who is representing Taylor's family says the ban of no-knock warrants was just a first step.

“The memorials are nice, but we still have a lot of work to do," Baker said. “The people who killed her daughter are still employed by Louisville Metro Police Department, they have still not been charged by the attorney general and there’s still additional police reform that needs to be done.”

RELATED: 'Justice for Breonna Taylor Act' which is meant to prohibit no-knock warrants introduced by US Senator Rand Paul