More than 50 people were arrested during the protests this weekend, according to authorities. 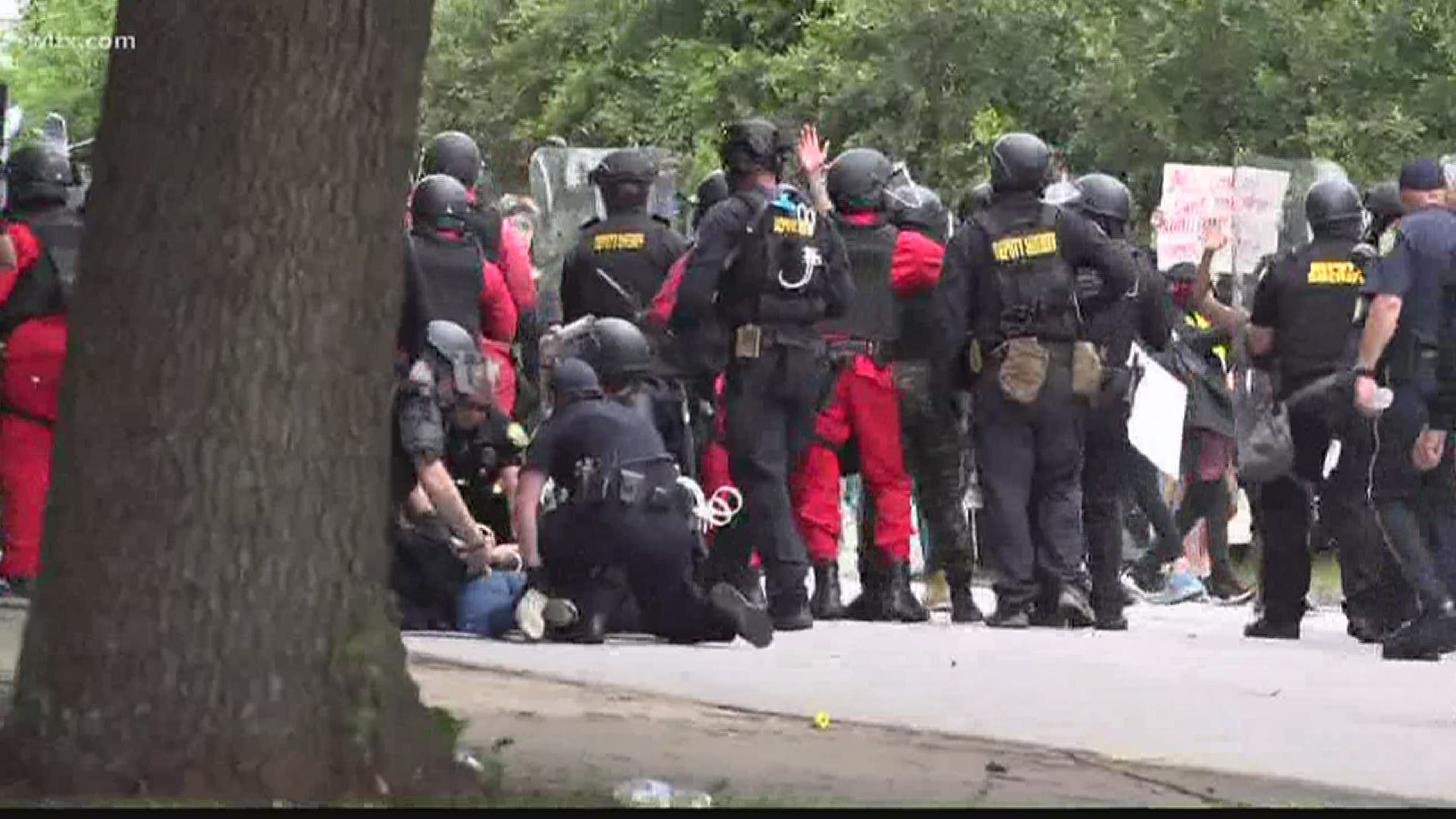 COLUMBIA, S.C. — Columbia police and Richland County deputies arrested a 19-year-old man, who was carrying a pistol and an estimated 70 rounds of ammo during Sunday's protest in downtown Columbia.

Dominic Gladden, of the St. Matthews area, was arrested on charges of unlawful carrying a pistol and illegal acts during a state of emergency.

Authorities say Gladden was among the crowd of agitators who refused to disperse once the curfew took effect at 6 p.m., Sunday. Once in custody, the weapon and ammunition were found in a backpack he was carrying.

Gladden is among more than a dozen arrests that both agencies made on Sunday, May 31.

Between Saturday and Sunday, more than 50 people were arrested by Columbia police and Richland County deputies in connection with the 'I Can't Breathe' rallies in downtown Columbia.

Ten of those arrested are facing looting charges, while 31 violated the city ordinance enacting a 6 p.m. curfew. The remainder were arrested on various charges, including disorderly conduct, while three are facing weapons charges.

Fifteen were from the Columbia area. Another 20 were not. And at least five were from out-of-state.

Authorities say they are still processing and analyzing additional information on Sunday arrests.

Sheriff Lott and Chief Holbrook say Sunday's protests were not peaceful. "Those who show up with firearms have no intent of protesting peacefully — and it will not be tolerated," both said in a statement released Sunday evening.

“To those who think they got away with agitating the crowds, know that those who were there peacefully took videos and pictures of you,” Sheriff Lott added. “And we’re coming after you.”