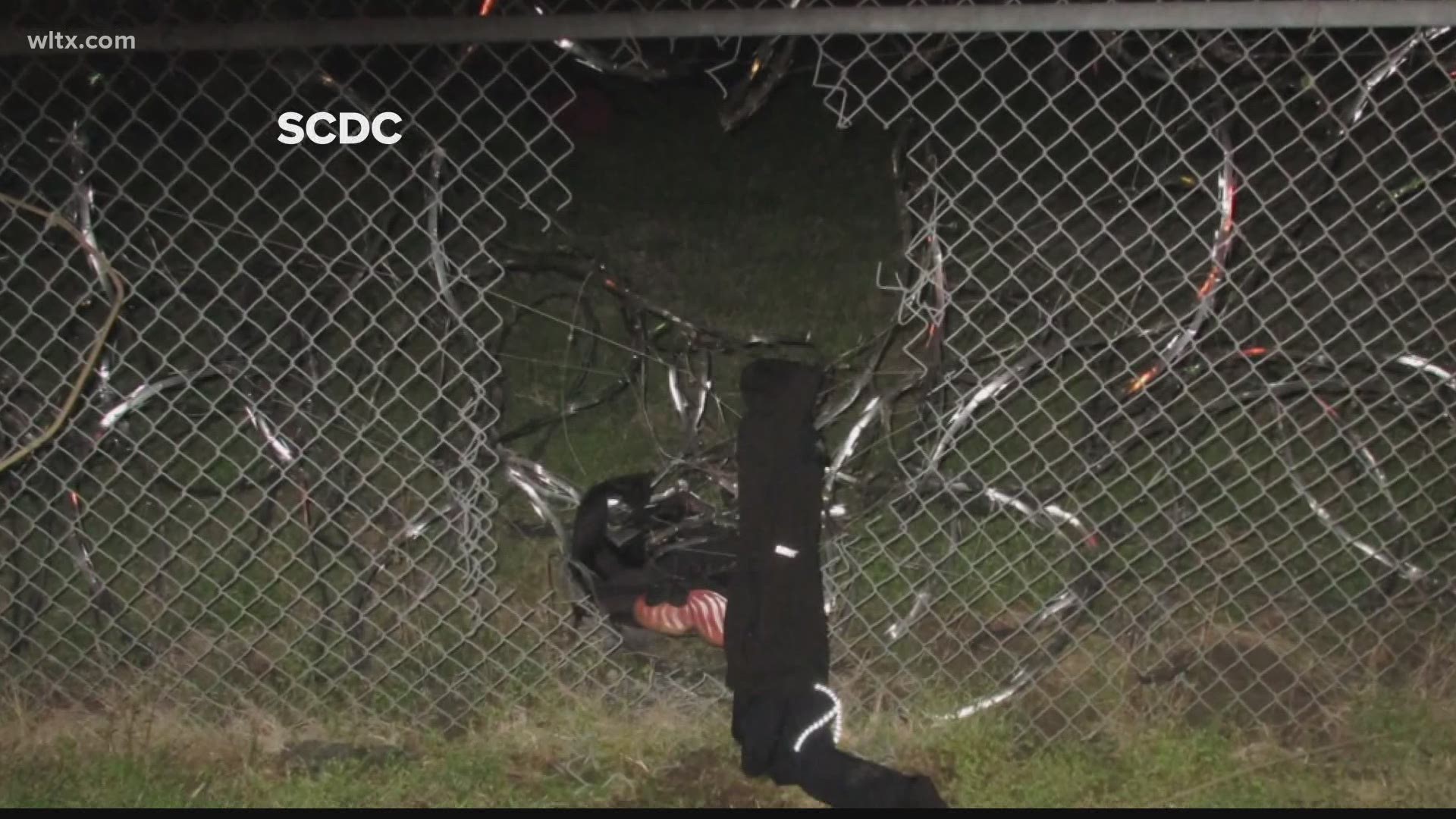 ENOREE, S.C. — Officials say a man attempted to break into a South Carolina prison on Wednesday night in an attempt to deliver contraband to inmates.

"We got an alert at one of our perimeter fences. There's another fence behind that, and there was a person that was caught in the fence line in the razor wire with a lot of contraband on them," said South Carolina Department of Corrections Director Bryan Stirling.

The director says they've seen people attempt to throw contraband over fences before, but this situation was a little different.

"I've not seen anybody trying to break in before, but it can happen where they'll cut the fence really quickly, drop the contraband and go," Stirling said. "Obviously his plans did not go as he thought they would when he got caught up in the razor wire."

Perez was released from the hospital and taken into SCDC custody.

Perez is charged with trespassing onto a correctional facility, possession of marijuana with intent to distribute and attempting to furnish prisoners with contraband.

Officials have also been able to identify who the contraband was going to. The director says they will face disciplinary charges.

"We've moved them from that prison. Being at Tyger River, for an inmate is a privilege. It's not as restrictive as some of our institutions," Stirling said. "You can get jobs there and things of that nature, so you can plan your exit from SCDC. But he will be in a much more restrictive environment at a higher level prison now."