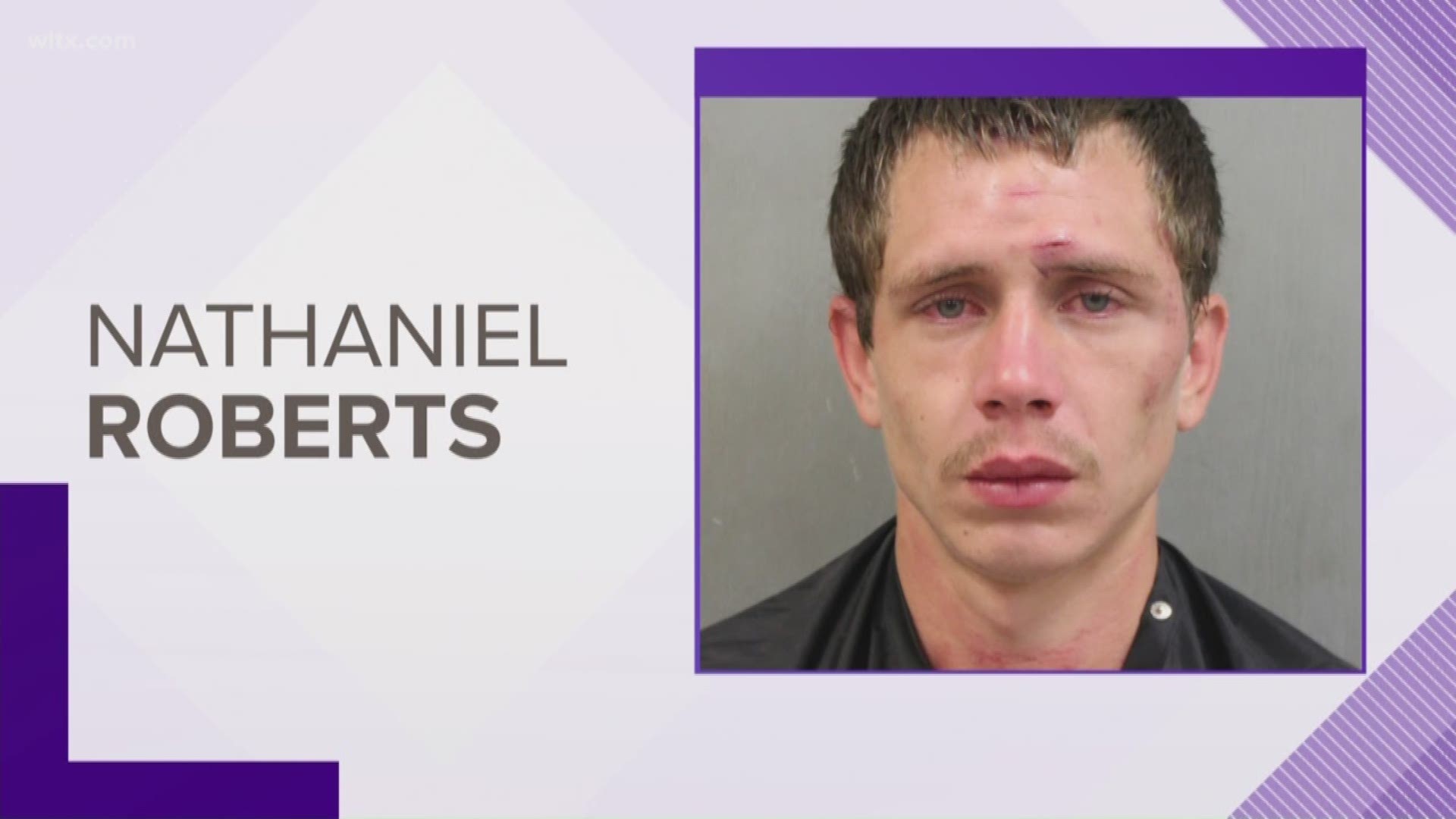 The homeowner told deputies screams from his 11-year-old son, along with a burglar alarm, woke he and his family at their home on Whiting Way in Elgin around 1:30 a.m. Tuesday.

Deputies say the homeowner retrieved his lawfully possessed handgun when he witnessed 23-year-old Nathaniel Brady Roberts assaulting his son. A 16-year-old who was spending the night also defended the 11-year-old, fighting off the suspect.

The homeowner then held Roberts, who deputies say appeared to be intoxicated, until law enforcement arrived.

During transport, deputies were rerouted to to Kershaw Health when Roberts began hitting his head against the patrol car's cage. He was treated for his injuries and released to Kershaw County Detention Center where he awaits a bond hearing.

Roberts is charged with first-degree burglary and third-degree assault and battery in connection to this case. He also has several previous charges, including burglary in the second and third degree, driving without a license, giving false information and contempt of court.