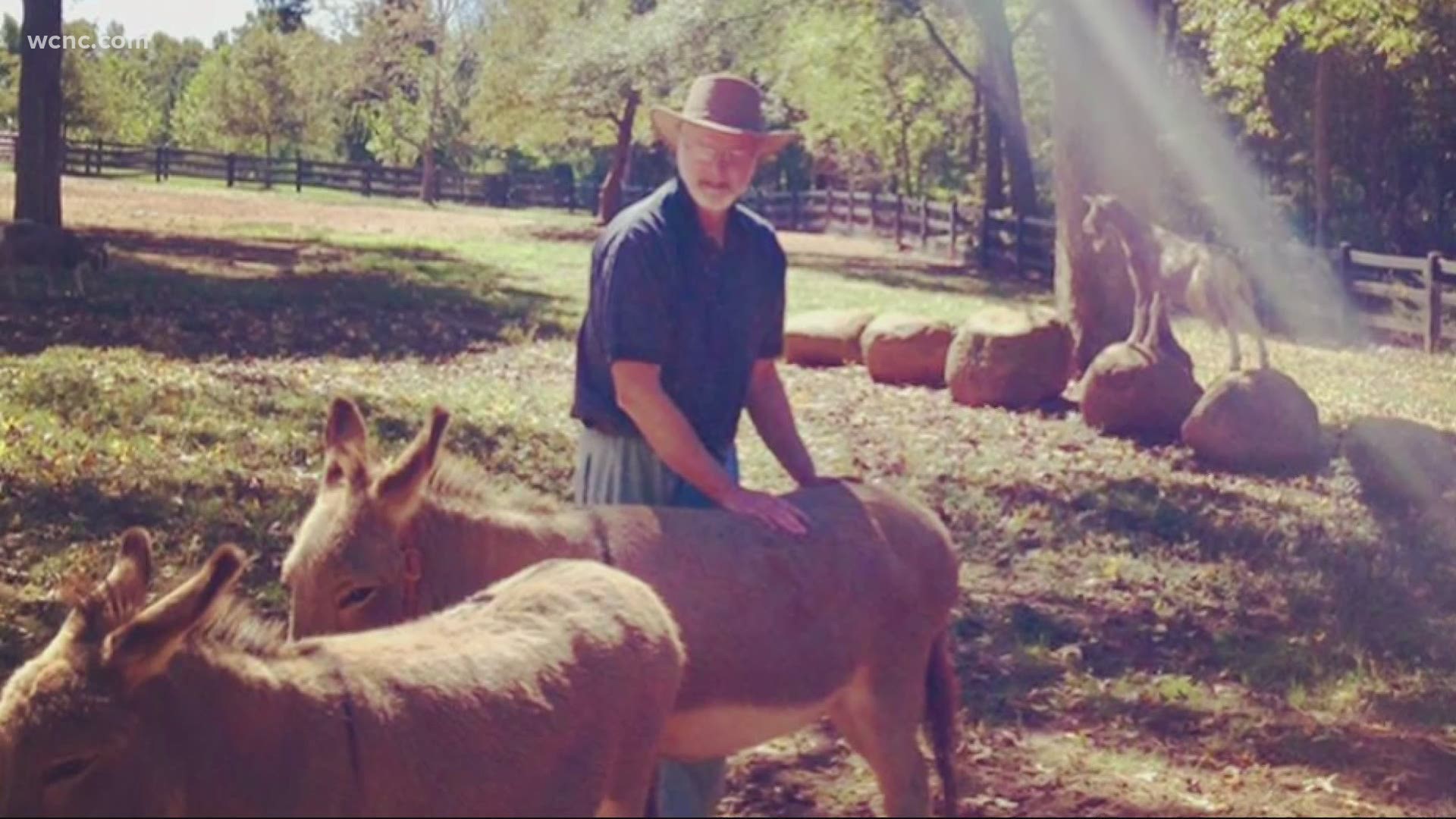 ROCK HILL, S.C. — Loved ones and community members are sharing condolences and memories in the wake of a shooting that left six people dead. The alleged shooter, identified by a source as former NFL player Phillip Adams, took his own life.

Deputies say 70-year-old Dr. Robert Lesslie and his wife, 69-year-old Barbara Lesslie, their grandchildren, 9-year-old Adah Lesslie and 5-year-old Noah Lesslie, were killed in their home. A fifth person, identified as 38-year-old James Lewis, who was working at the home at the time, was also shot and killed. A sixth person, identified as 38-year-old Robert Shook, was being treated for injuries after being shot but has since died from his injuries.

Editor's Note: On Saturday, April 10, the sole survivor in the deadly Rock Hill shooting died from his injuries, according to the York County Coroner. Despite being shot several times, Robert Shook was able to call his supervisor at GSM Services, who then made the first 911 call related to the shooting. Shook leaves behind three children.

Many took to social media to share memories of the victims. Dr. Lesslie was a prominent ER doctor in the community.

"So tragic and senseless," one Facebook user wrote. "No one deserves this but especially those children Dr. Lesslie and Barb. Dedicated his life to helping [others] for it to end this way. Where is the sense in it all."

The York County Sheriff Kevin Tolson emphasized the difference Dr. Lesslie made in the community.

"I worked at Riverview years ago," wrote Mary C on Twitter. "Dr. Lesslie was always energetic, upbeat and just a nice human, well-loved and respected in the community. My heart breaks for the family...I cannot imagine the enormity of their loss."

In addition to his work as a doctor, Dr. Lesslie was also a published author of dozens of books. His book Angels in the ER being the most recent.

"He is an amazing author," someone commented. "You could tell how compassionate he was through his writing. Prayers for his family!"

Other posters shared memories of Dr. Lesslie's compassion and care.

"I was 12 when I stepped on an old coke bottle in the creek," another Facebook user wrote. "I walked from our apartment in Heather Heights to Riverview and Dr Lesslie cleaned me up and put 5 stitches in my gash. Wrapped it up and told me to tell my mom when she got home where I got it fixed up. He was a great Dr that I have seen pretty much all my life, he will be missed. My thoughts and prayers are with his family and coworkers. Also remember the parents of the suspect in this troubling time as they too did not deserve what they now have to deal with. Prayers for them and their family in the time of question and loss."

The church where the Lesslies attended, First Associate Reformed Presbyterian Church, decided to release a statement after receiving news of the shooting.

"Robert and Barbara loved Jesus and this love was evident in how they lived," the letter read. " Adah and Noah trusted in Jesus. And so, even now, all four of them are in the presence of Jesus and worshipping Him face to face. One day we will see them again. Therefore, we can grieve as those who have hope."

The church is opening its sanctuary until 8 p.m. so people can come by and pray.

RELATED: Father of York County shooting suspect says son killed 5 others, then himself

People also shared fond memories of James Lewis, who worked for the home and commercial improvement company GSM Services, who also was gunned down.

"James was a man of little words, dedicated to his work, always smiled when he walked into the office, and never had a job too big to handle," one commenter wrote. "You will be missed. Please pray for his family and his co-workers."

"One of the finest men I’ve ever had the pleasure of knowing," another wrote. "Rest Easy James. You’ll be missed."

Lewis' father also spoke to WCNC Charlotte, telling us his only son was a dedicated dad to three kids and working on advancing his education, all while loving the work he did with GSM.

South Carolina Governor Henry McMaster also tweeted his condolences, saying: "Tragic and heartbreaking news from Rock Hill this morning. Please join @1stLadySC and I in lifting up the Lesslie family in prayer during this difficult time."

U.S. Rep. Ralph Norman (R - 05) tweeted out his own mourning, noting he was friends with the Lesslie family. He also shared condolences for the family of James Lewis.

My statement on the the tragic loss of Dr. Robert & Barbara Lesslie, and two grandchildren: https://t.co/FnVlMXTX9g pic.twitter.com/eemzvGFjiS

Dr. Lesslie was also the supervising physician and medical director for more than 25 years at Winthrop University. The college took to Twitter to share their condolences with a statement from their president, George W. Hynd:

In addition to reactions on social media, community members started a small memorial of flowers outside the Riverview Family Medicine & Urgent Care.

Duane Christopher, the owner of design firm Duane F. Christopher & Associates, works at his office across the street from the clinic and said he designed Dr. Lesslie's yard when the doctor first moved to the area. Christopher, in turn, said he saw Dr. Lesslie as a patient.

“It’s been a long personal and professional relationship," Christopher said. "I mean, it’s something that, that you would call on him you need him, and he would do the same here.”

Christopher described Dr. Lesslie, among many things, as a leader in the community, a writer, and a man of strong faith.

"It's just one of those voids that you're going to think about, wow, what a tragedy, but they were such good people."

Manning Kimmel, the managing partner of OTS media, said he interviewed Dr. Lesslie roughly a dozen times over the years on the radio for his medical expertise and more.

“He just was a genuine guy who was very, very warm with everybody he met," Kimmel said. "He didn’t care about where you came from, what the color of your skin was, that didn’t make any difference to Robert. He just genuinely appreciated and cared for people.”

Kimmel expressed what Dr. Lesslie meant to the community.

“When you’re a physician and you have served hundreds, if not thousands, of different people with the kind of personality and expertise that we’re talking about, you just don’t replace that overnight," Kimmel added. "I mean, this was a fella who would want to know as much about you personally as he would about the ailment that you have.”

Kimmel described Dr. Lesslie's wife, Barbara, as the "light of a room" who could have people laughing in a matter of seconds. He said she was involved in the community and took a special interest in helping area youth.

“It’s just a loss, a big, big loss for the community because he touched so many people, all different segments of the community," Kimmel said. "And for those who haven’t had the honor or the pleasure of meeting them, it’s too bad because they’re the kind of people I think that all of us would emulate to be.”

The suspect, a former NFL player, later took his own life.