South Carolina governor tests positive for COVID-19, urges others to be 'extra careful'

Officials say Governor Henry McMaster is experiencing mild symptoms and is isolating at home with the First Lady, who tested positive last week. 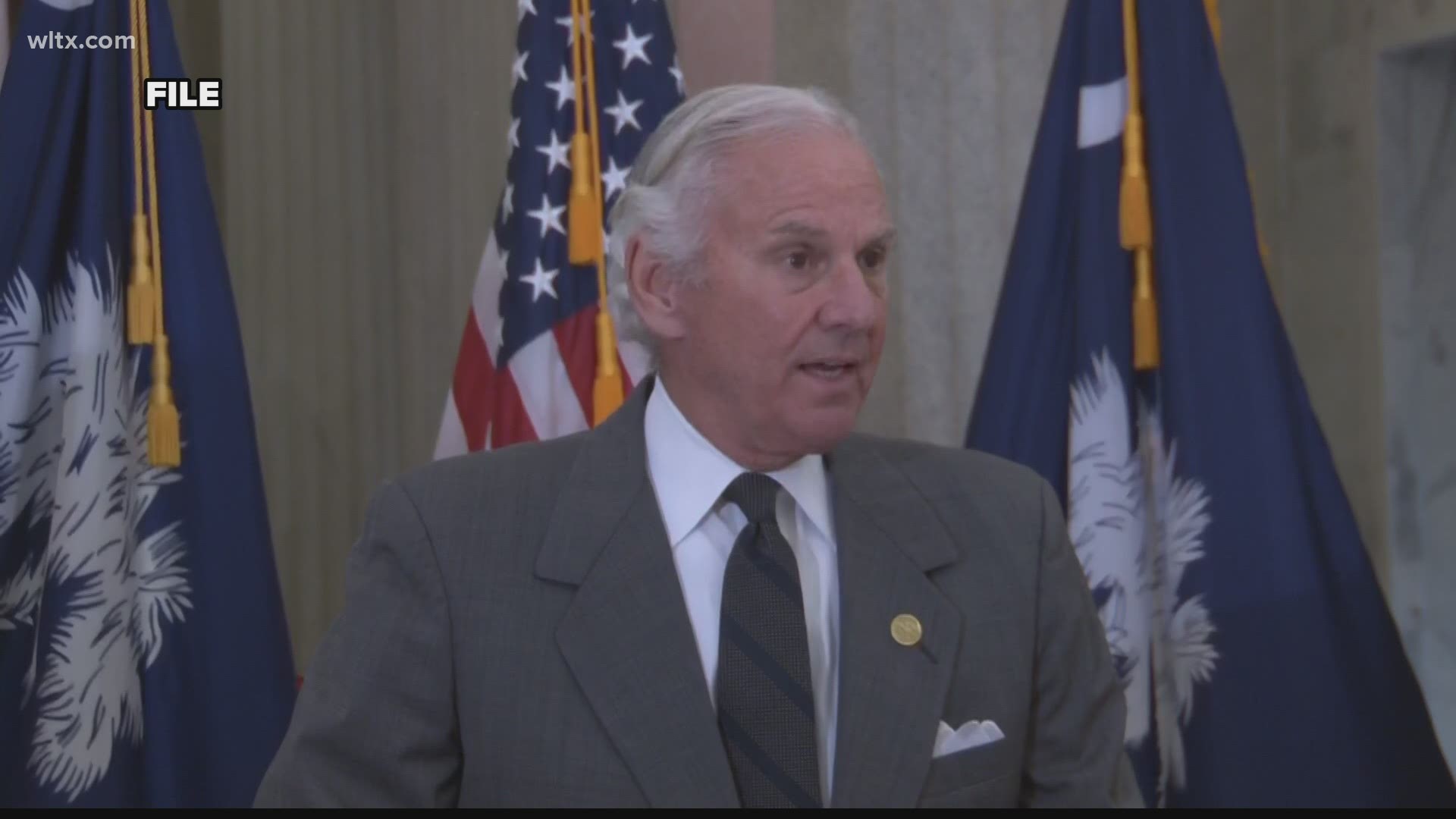 COLUMBIA, S.C. — South Carolina Governor Henry McMaster has tested positive for COVID-19 and is experiencing mild symptoms, according to officials with his office.

After undergoing routine testing due to coming into close contact with the COVID-19 virus, officials say Governor Henry McMaster was notified late Monday evening that he tested positive for the virus.

First Lady Peggy McMaster remains asymptomatic, while the governor is experiencing mild symptoms with a cough and slight fatigue, according to officials.

Both remain in good spirits and Governor McMaster continues to work from the governor’s residence, according to officials.

The governor's office said last week that the Governor and First Lady tested negative on Monday, December 14 prior to attending a White House Christmas event and on Thursday, December 10 prior to meeting with Vice President Mike Pence.

Following Centers for Disease Control and Prevention (CDC) and S.C. Department of Health and Environmental Control (SCDHEC) guidelines, the governor will isolate for the next 10 days and monitor for additional symptoms.

“Peggy and I urge everyone to be extra careful during the Christmas holiday season,” said Gov. Henry McMaster. “This virus spreads very easily.”

News 19 spoke to several people downtown about if they will be changing up their holiday traditions. Some families said they will be doing the same traditions they've been doing for years, while others are getting creative and using technology to still spend time with their loved ones but from a distance.

"We are a lot smaller, we are operating in our pods with the folks we are normally around and close contact with, and the people we aren't in close contact with that we tend to spend Christmas with we're just going to zoom and use technology as much as possible," Macie Smith said.

"Family all came in from out of town and we are getting together in one house for Christmas Eve and Christmas Day," Richard Lehman said.

Based on advice from his personal doctor, Governor McMaster will receive Monoclonal Antibody treatment on Tuesday. Officials say the outpatient treatment is a preventive measure for those with mild to moderate symptoms and is readily available to the general public upon a physician’s order.

According to SCDHEC physicians, there is no way to pinpoint precisely when or how Governor McMaster or the First Lady contracted the virus.

The governor quarantined himself when he knew he was in close contact with the virus and reportedly sent governor’s residence staff home to quarantine and get tested.