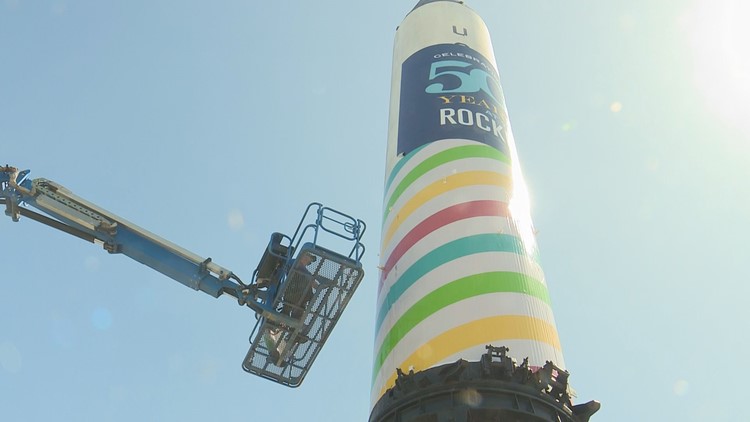 Photo by: WLTX
The SC State Fair has decorated the rocket like a birthday candle in honor of the rocket's 50th year at the fairgrounds.

Meet me at the rocket and sing Happy Birthday

The South Carolina State Fair is getting ready for a big party and even the rocket is getting dressed up for the celebration. The fair is celebrating its 150th anniversary this year. For the past 50 years, people have been saying "Meet me at the rocket."

Friday, crews worked to decorate the rocket like a birthday candle in honor of the rocket's 50th year at the fairgrounds.

During this year's fair, "Happy Birthday" will be sung to the rocket each day at 5:45 p.m.

The rocket was put in place back in 1969. The Jupiter intermediate range ballistic missile was built by Chrysler and given to the City of Columbia in the early 1960's by the U.S. Air Force. According to the state fair's website, the rocket is named "Columbia."

The SC State Fair runs October 9th through the 20th.