Strong winds, heavy rainfall, and storm surge was all visible from the Blackwell family's hotel room. 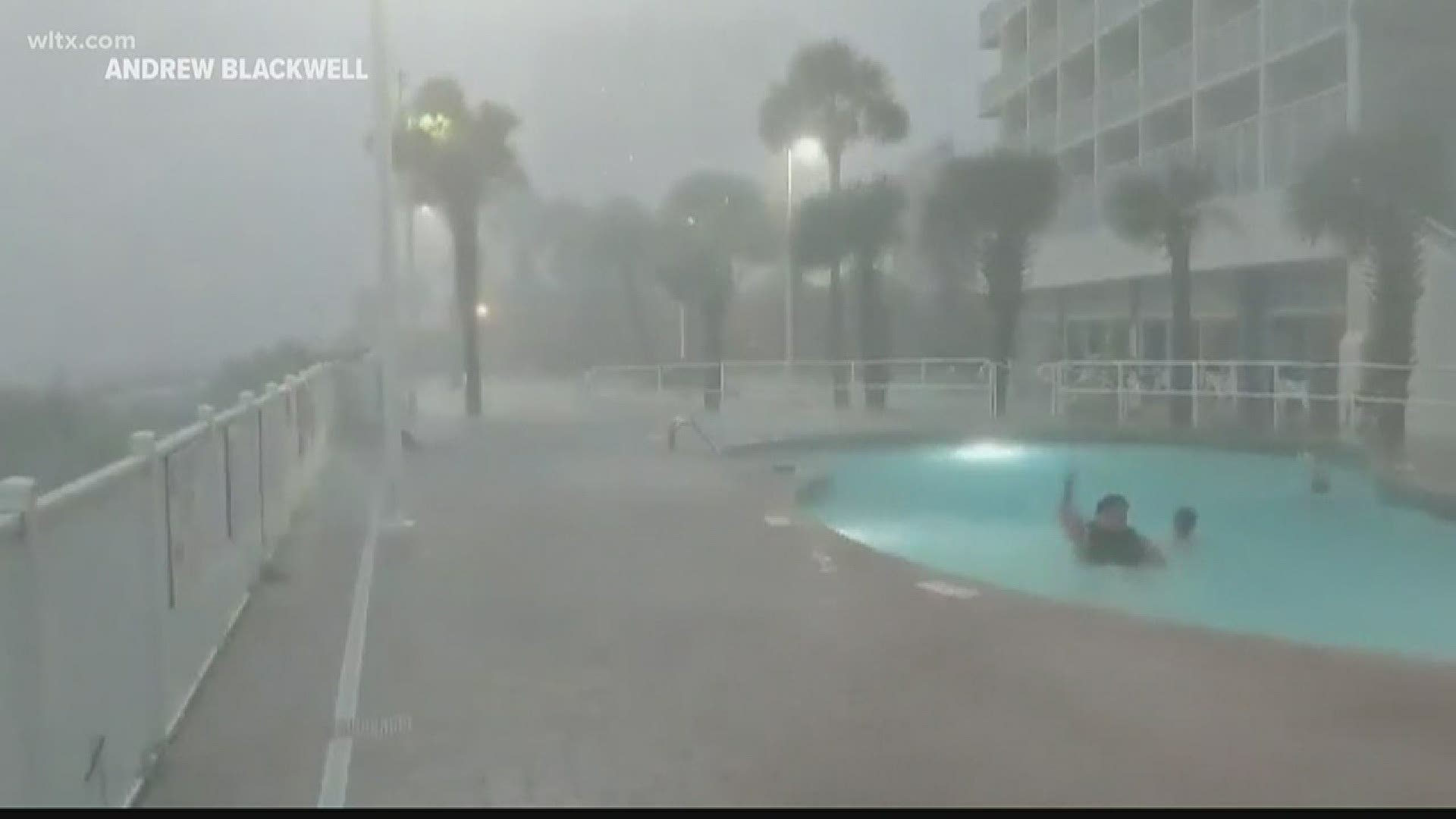 Andrew Blackwell, a Midlands resident, and his family went to Myrtle Beach to celebrate his birthday this week.

The family debated going to the beach or the mountains, but ultimately decided to weather the storm and take their chances along the coast.

“We watched the cone of uncertainty and it shifted kind of back and forth and we thought it was going further off the coast. But then it started to come back a bit," Blackwell told News 19. "We were watching it and it was going to be a tropical storm. And then it went back and forth between a tropical storm and hurricane category 1. We really didn’t think it would be that bad.”

The family arrived at the beach late Monday afternoon and immediately noticed strong winds in the area along with some rainfall.

Blackwell, a WLTX Weather Watcher, observed hurricane conditions from the window of his hotel room, which provided him a birds eye view of the beach.

After midnight along the Myrtle Beach area, conditions rapidly improved through the early morning hours.

Mark Kruea from the City of Myrtle Beach says they were lucky and did not have any damage to report as of Tuesday afternoon.

The Blackwell family noticed some street flooding as well as some debris along the pool and beach on Tuesday, but no significant damage near their hotel. Staff was quick to clean up any debris that had blown around the property, according to Blackwell.

“They had water hoses and pressure washers and leaf blowers. They were blowing off all the debris, they were washing off the concrete, they were cleaning the pool. There was tons of debris and limbs and palm tree stuff in the pools.”

In coastal regions north of Myrtle Beach, more damage was observed. Notably, a portion of the Sea Cabin Pier in Cherry Grove Beach was completely blown away during the strong winds of the storm.

The weather across coastal South Carolina became much more calm Tuesday afternoon, with beach-goers quickly returning to the sand once Isaias moved out of the region.