A legend of the '90s and 2000s hip-hop scene, Midlands residents mourn the loss of an icon. 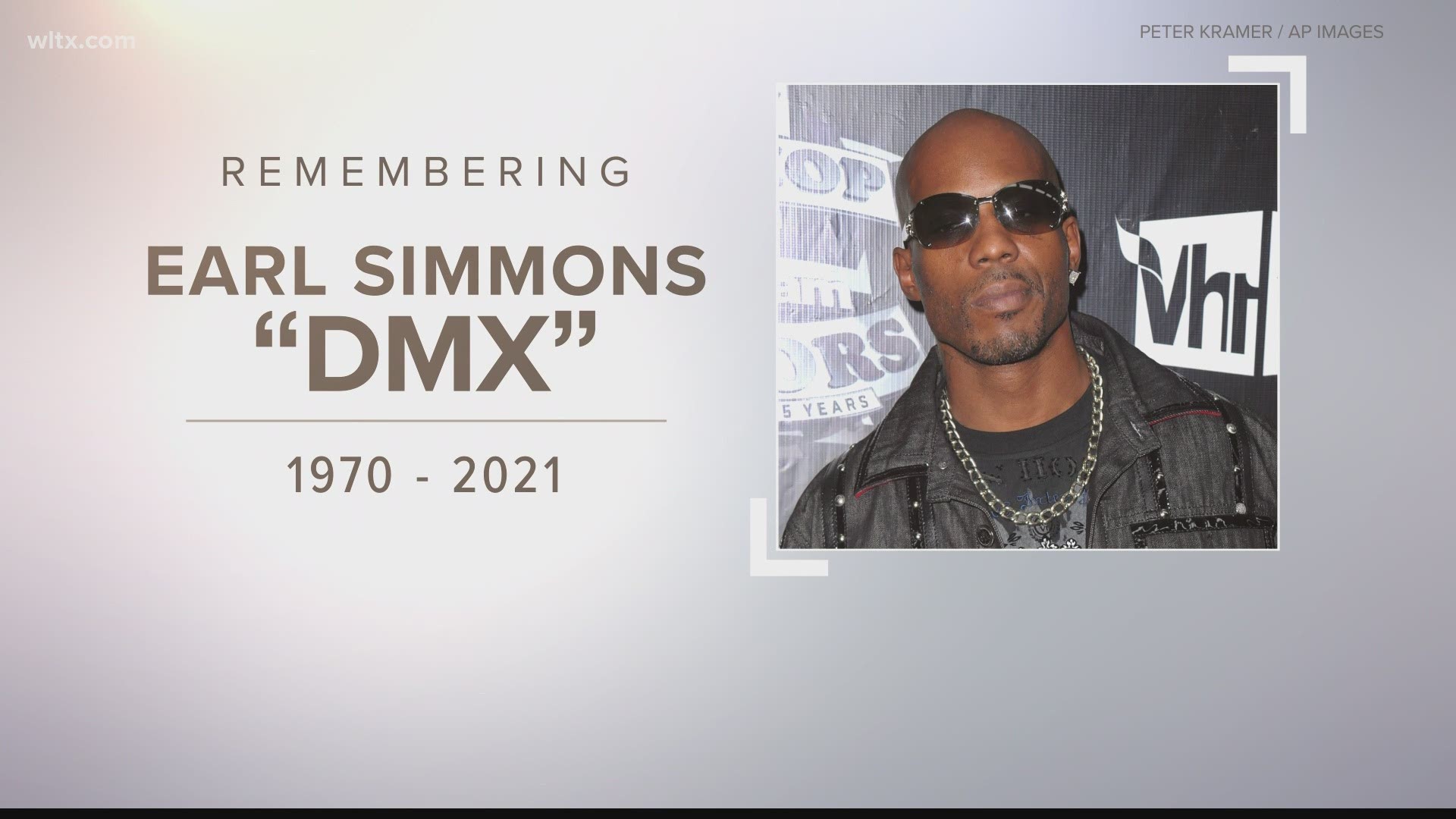 COLUMBIA, S.C. — Iconic rapper DMX has died at the age of 50. He is now being remembered around the world and here in the Midlands.

It was that distinctive gruff voice and prayerful lyrics that made him one of biggest rap stars. The Grammy-nominated rapper died after suffering cardiac arrest. His family's statement said DMX, whose birth name was Earl Simmons, died with family by his side after several days on life support.

"Earl was a warrior who fought till the very end. He loved his family with all of his heart, and we cherish the times we spent with him." The family said his music "inspired countless fans across the world, and his iconic legacy will live on forever."

In an Instagram post Eve, who appeared on DMX's remix to his iconic song "Ruff Ryders' Anthem," she wrote "I know that you are in the place of peace you deserve. I will be forever grateful to have known you." Eve is now a talk show host.

Local radio personality Beasy Baybie says what she shared with the rapper was much stronger than a personal relationship. She says, "DMX made you feel like you were bigger than your mistakes."

"Just seeing somebody like that fight their entire life and never give up, and still have hope and still believe in God, no matter how much ugly this world gives him just makes me think, I can do it, too," says Beasy Baybie.

She says DMX's search for light, brought her closer to her own humanity.

"I was a foster kid, and I went into street life as a young adult, selling drugs. I remember one day I was walking from the block where I had just got done selling drugs. I was listening to DMX ... the prayer came on, and it caught me off guard."

RELATED: 'This world has lost a REAL ONE': Entertainers react to DMX passing

RIP DMX. I pray for the comfort of your children and loved ones. 🙏🏿💛 pic.twitter.com/WC5LsaL9j8

Columbia DJ, DJ B LORD says DMX's words not only hit deep, but resonated with fans. "DMX is one of the most transparent, one of the most vulnerable rappers to ever live."

He said, "He was ashamed to talk about his past ... That's what made him different to 95% of the rappers ever."

"No matter how hard things get or no matter what struggle we are going through, we can always look to god," said DJ B Lord.

DMX leaves behind 15 children and his mother.