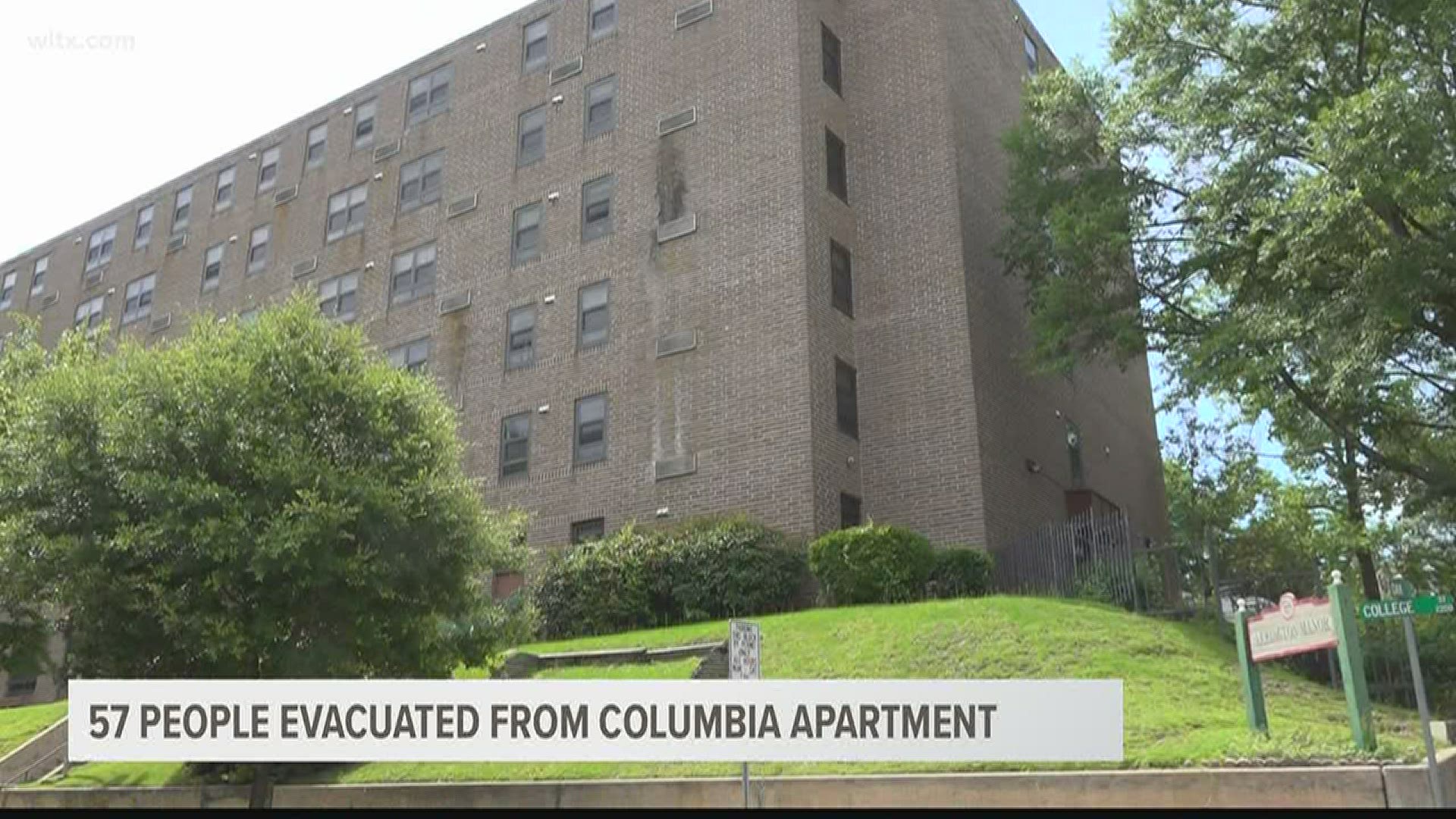 COLUMBIA, S.C. — A representative of the Housing Authority in Columbia reported water damage resulting from a fire in a fifth floor unit at a senior apartment building caused the evacuation of residents early Saturday evening.

Cynthia Hardy said a small kitchen fire occurred in a resident's apartment at Arrington Manor, at the corner of College and Oak streets near Five Points, around 7 p.m. June 27, 2020.

"Damage from the fire at the independent senior living facility was minimal, but the building sustained a lot of water damage," Hardy said. "For safety precautions, fire department officials suggested shutting the building down, turning off the power, and relocating the residents while they restore the building."

No injuries were reported and all 57 residents were relocated to area hotels and are being assisted by the American Red Cross.

Columbia Housing CEO Ivory Mathews said, “when the sprinkler system in a residential building of that size is triggered, there are restoration and inspection steps performed by third party entities that must occur before re-occupancy is granted. Third party includes water damage restoration contractor, electrician, sprinkler system contractor, Dominion Energy and the Columbia Fire Dept. We anticipate the restoration and inspections work to be completed within 3 days.”

According to Housing Authority's property directory, Arrington Manor was last renovated in August 1979 and opened for occupancy in 1981. The six-story apartment building features 14 efficiency apartments, 29 one-bedroom apartments and 13 two-bedroom apartments.