In just a couple of weeks, parts of our state's economy are expected to be up and running again. 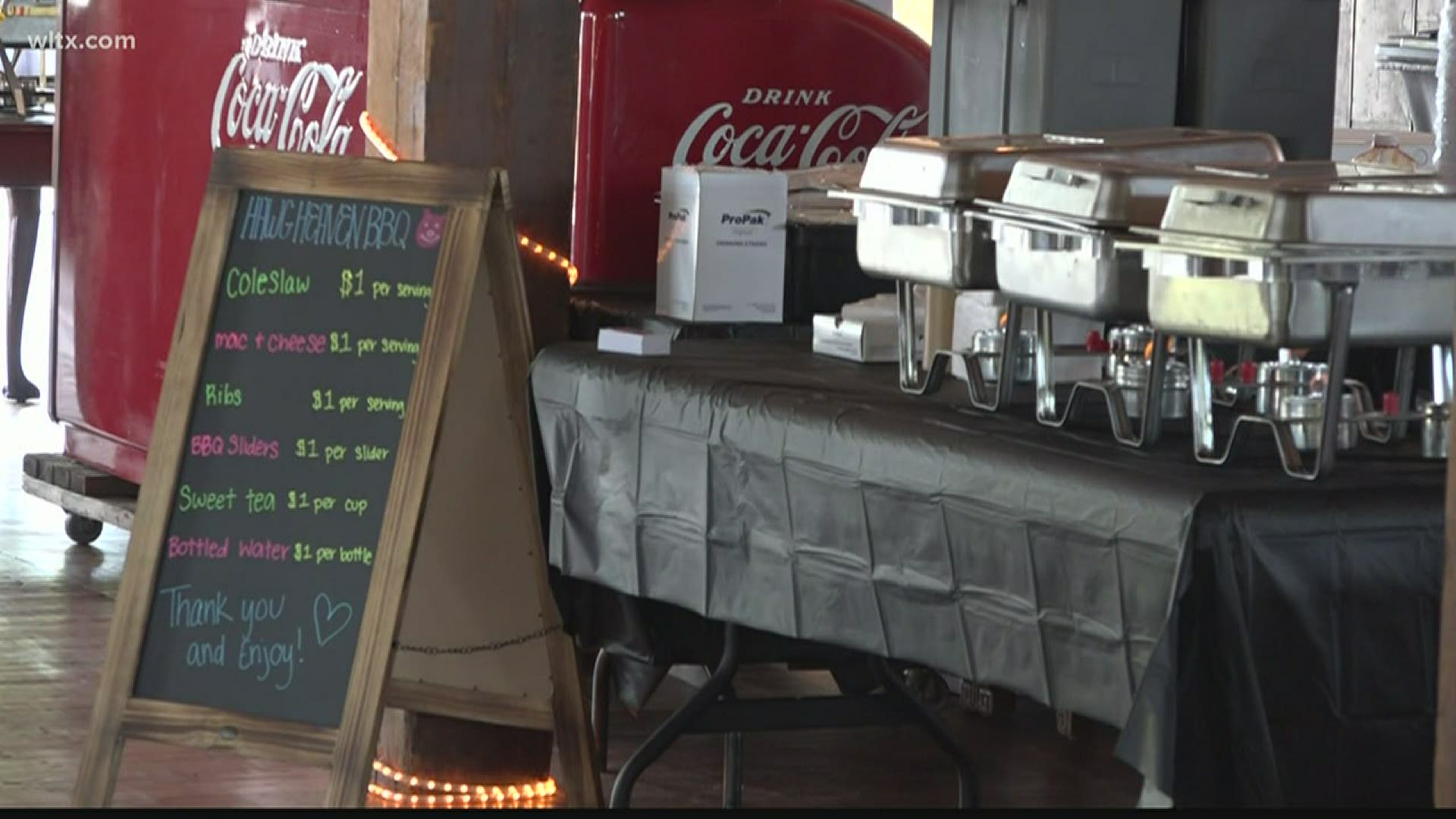 COLUMBIA, S.C. — In just a couple of weeks, parts of our state's economy are expected to be up and running again.

So what do local community leaders envision when given the all-clear to start opening doors?

We posed the question to Presidents and CEO's and Executive Directors of five chambers of commerce in the Midlands.

Let's start in Columbia, where leaders are working to figure out the safest way to open doors as quickly as possible.

"It's gonna have to be some phased in approach of reopening businesses. As the president mentioned yesterday, maybe have three different phases of re-entry, if you will," said Carl Blackstone, President and CEO of the Columbia Chamber of Commerce. "Phasing in, whether it's limited seating in restaurants, whether it's a quarter of percentage of the workforce at a time. Something that would actually help because we still need to maintain that social distancing that's important to keep COVID at bay."

How to continue to protect the health of employers, employees and residents will also be up for discussion. Whether it's providing personal protective equipment to all employees, or having everyone continue to wear masks for months to come, health remains a top priority.

RELATED: SC Governor expects economy will be 'humming' by end of June

"If we do have a boomerang addition of this, it will be worse. It's actually better to be prudent now, make sure we take the necessary steps to ensure public safety, and then we can get back to work. Then we'll be in for the long haul. Everybody is looking forward to this recovery," said Blackstone.

South Carolina Governor Henry McMaster created a task force to figure out how to safely accelerate the opening of the state's economy. Blackstone says the Columbia Chamber of Commerce will participate in conversations with the task force to create the best plan for the city.

"The guidelines per the federal government as of yesterday is having 14 days straight of a diminishing number of new cases. Hopefully we'll be on that downward side fairly soon," he said. "I'm still thinking we're a couple of weeks away. All the governor's executive orders go through the end of April. I do believe we'll be towards the end of the month before we can open any doors."

Similar plans are in place for Sumter.

The Greater Sumter Chamber of Commerce is sending out a survey to members next week to see how they can help businesses reopen.

They also started a Facebook page to keep the community up to date on businesses still operating. The page has gained thousands of followers.

"I think it's going to mirror exactly how we came to where we are now from the very beginning. It first started with a lot of your mass venues, then those started being weeded out and restricted. Then you had your restaurants, dine-in eateries. Then you had your non-essentials, essentials. I think it's going to be that way, but maybe in reverse order," said Chris Hardy, President and CEO of the Greater Sumter Chamber of Commerce.

Hardy believes businesses will be reopening in phases, based on the type of industry and the amount of people going in and out of the building. Reopening strategically, he says, will help prevent more confusion for the community.

"I hate to use the word 'opportunity' during this time, but it was an opportunity for us as a Chamber of Commerce and as a business advocacy organization to really be in a leadership position to prepare, communicate as well as advocate for our business community," he said. "That way we're stronger when we come out of this than we were when we went into it."

In Newberry, they're planning a ribbon cutting on Facebook live to celebrate reopening local businesses.

"We as a chamber do ribbon cuttings for openings and grand re-openings. I can't think of a bigger opening and more cause for celebration than for the entire community to be back open," said Michelle Long, Executive Director of the Newberry County Chamber of Commerce.

Long says Newberry is on the cusp of even more growth. She looks forward to welcoming more visitors to the chamber so they can explore the city and support local shops and restaurants.

Over in Irmo, the hope is the mom and pop shops will also be the first to reopen so owners can maintain their businesses once again.

"We need to be smart about opening our businesses. We need to think about the ramifications on the public gathering together so quickly. I think it is going to be a slow transition and a very welcomed transition," said Kerry Powers, President and CEO of the Greater Irmo Chamber of Commerce. "Before all of this happened, Irmo had just a thriving business community."

Powers believes it will be a while before residents are gathering in crowds inside local bars or event facilities to enjoy live music. She says residents will likely continue to keep social distancing until it's absolutely certain that we've flattened the curve and made it to the other side of the pandemic.

In Lexington, leaders hope to reopen within 60 days to ensure the survival of more businesses.

"The real issue is, can they afford to go back to work? I saw a survey not too long ago that the U.S. Chamber had done that anticipates about 24% of all small businesses, if they don't get back within the next 60 days, they probably will not be in business when this thing is over with," said Otis Rawl, President and CEO of the Greater Lexington Chamber of Commerce. "If we don't open it up sooner than later, I don't know what our economy will really look like. I worry about more than a recession, more like a depression if we don't get it done."

Rawl says small businesses that have closed temporarily are eager to get back to work, but added that the change won't happen overnight. He says starting back up could be a two-to-four month process for business owners.

"Getting a business back up is all about supply chain issues," he said. "Getting a supplier back in supplying you with the goods and services you're gonna sell, that takes a long time. It's not like a light switch where you just flip it and it comes back on."

After the stay at home order, Rawl is optimistic for Lexington and the future of their local economy.

"I think Lexington is going to be fine, I really do," he said. "I think our bedroom community has a lot of retail business and I think a lot of people will spend their money locally here. What we found out with a lot of our restaurant businesses here, people are willing to support these businesses during tough times."

News 19 reached out to the Orangeburg County Chamber of Commerce and we're awaiting a response.