Over the Memorial Day Weekend, eight people were injured in two separate boat crashes. Officials are now upping the amount of patrols they have on Lake Murray. 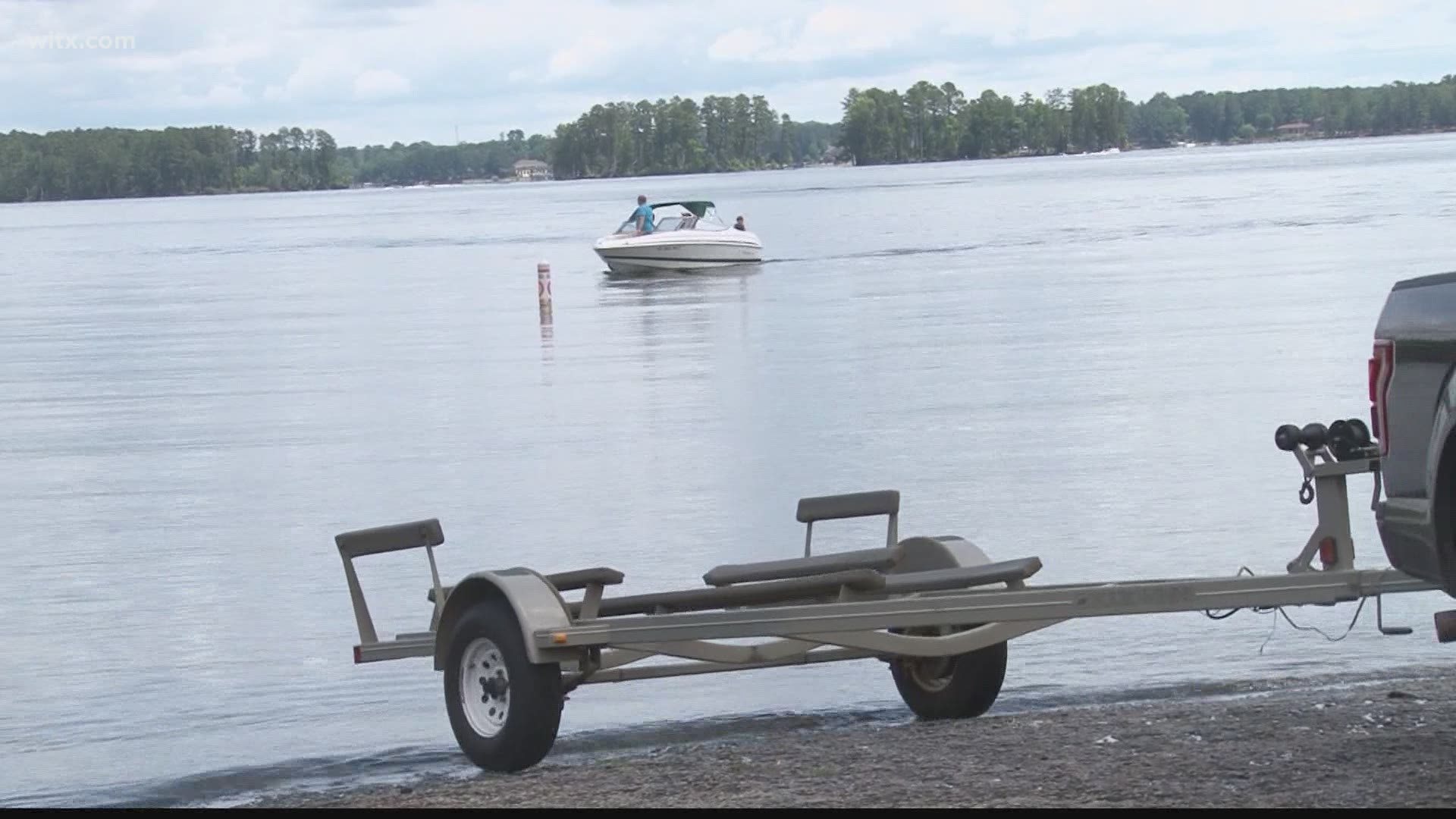 LAKE MURRAY SHORES, S.C. — Memorial Day is the unofficial start to the summer season. It's also a time when many people like to go on vacation and go boating.

After this Memorial Day Weekend, extra patrol officers will be on the waters this season. Over the weekend, eight people were injured in two separate boating accidents.

Law enforcement and the South Carolina Department of Natural Resources are doing everything they can to keep people safe on the water this year.

"People need to understand that other boats can be present and a boat can't stop on a dime," said Newberry County Sheriff Lee Foster.

Sheriff Foster said extra patrols on the water are for two reasons.

"The Department Natural Resources has committed an awesome amount of people to do safety checkpoints and to patrol the lake," Sheriff Foster said. "The local sheriff's offices that border the lake--Richland, Lexington, Saluda, and Newberry--we also committed resources to do that. It's a very large lake and it's a lot to cover. So the best way to avoid accident is just be cautious."

Sheriff Foster said traditionally, there is an influx in people on the lake during the holidays.

"We also realized that it was going to be more this year," Sheriff Foster said. "People have been cooped up so much and needed to get out or wanted to get out."

Captain Adam Myrick with the Lexington County Sheriff's Department said with increased patrolling, anyone on the water can easily find help if they need it.

"There’ll be a lot of boats out here," Myrick said. "People will be fishing there'll be just riding the boats, they'll anchor them and just hang out with others. So they can look and find law enforcement across the lake at any given time, a number of agencies will be out here at the state, local and county levels."

He said the best thing anyone can do before they go out on the water is to have a float plan. That plan should include letting people know where you being put in the lake, where your boat is going in, and when you plan to return.

Captain Myrick also said officials are starting to have emergency medical services on patrol boats. This would make it easier to assist people, on the water, during a medical emergency.

"Whenever somebody has a medical emergency on the water, we don't have to come back to shore to get a paramedic, then go back and find the person who's got the medical emergency, back somewhere out on the water," Myrick said. "They're with us on the boats at all times throughout this weekend and they will be throughout the boating summer during the weekend so that saves time and ultimately can save lives."

Sheriff Foster said if anyone is on the water when the sun is down, people need to take extra precautions and be aware of their surroundings. He also said if you are drinking alcohol on the boat, there needs to be a designated driver.