People are encouraged to stop come by the vehicle and leave a memorial for Joshua Moyers. 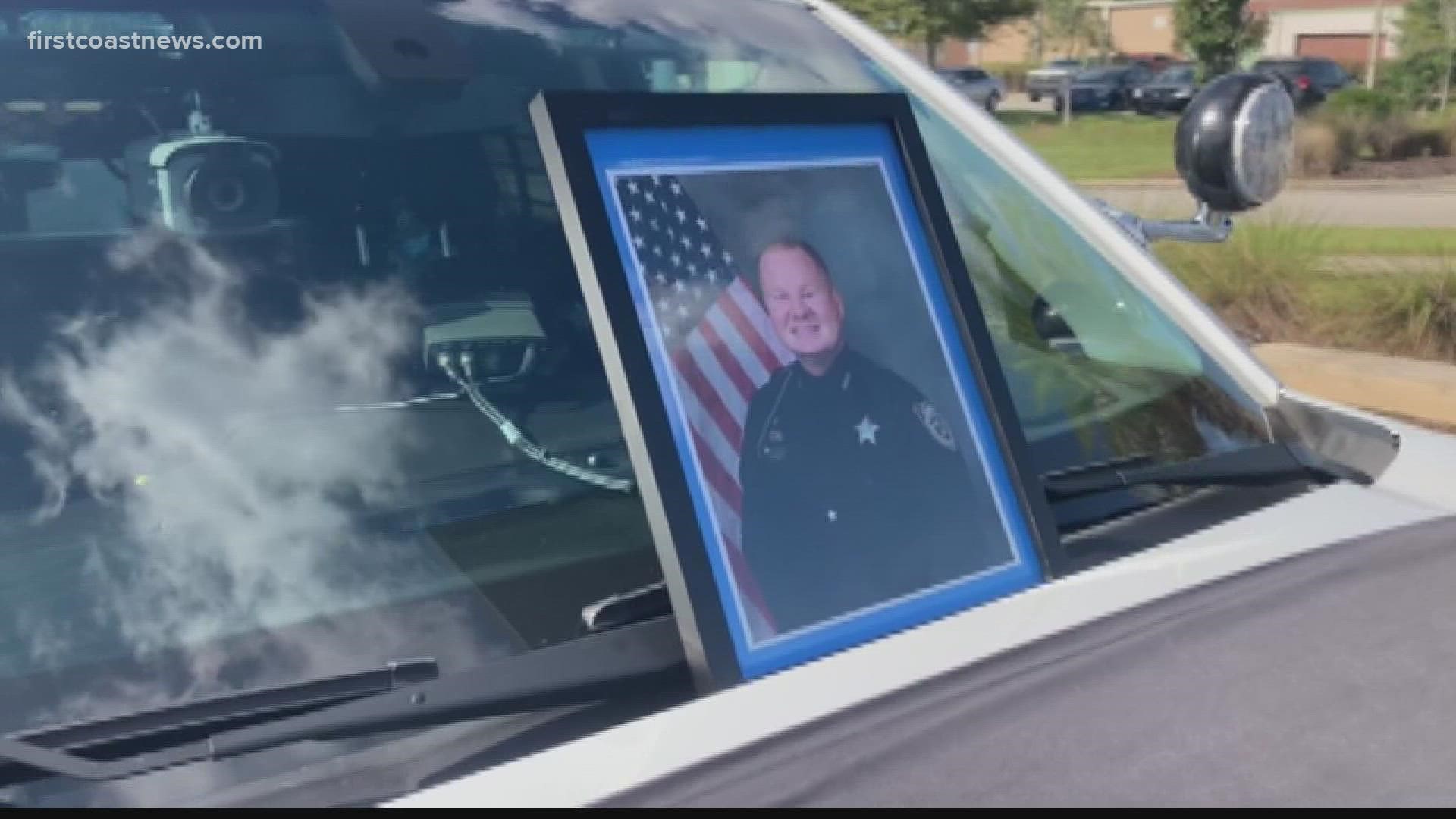 YULEE, Fla. — The Nassau County Sheriff's Office has set up an area where people can leave their memorials and tributes to the late Deputy Joshua Moyers.

Moyers was shot in the line of duty on the morning of Sep. 24. He died two days later on Sep. 26 at Jacksonville hospital. His last act of heroism, as an organ donor, was to give his organs to those who needed them.

Tributes and memorials came soon after Moyers' wounding in many different forms. Some chose to offer words of support and prayers to Moyers' family, his fiancée and the Nassau County Sheriff's Office through social media. Others donated to a GoFundMe page.

Then, makeshift memorials could be seen at the command center site where hundreds of other officers from around the First Coast and Florida gathered to find the man believed to be responsible.

When it was time for him to return to his home county, thousands of people lined the streets between Jacksonville and Fernandina Beach and respectfully watches a procession led by scores of uniformed officers passed.

Now, there is a proper memorial to a man so beloved in his small community.

In front of the Nassau County Sheriff's Office in Yulee is a lone squad vehicle in a courtyard. A picture of Deputy Moyers sits on the glass of the windshield while below him, a blue wreath hangs from the vehicle's grill.

Behind the vehicle is are the three flags that now rest at half-staff as a tribute to their fallen brother.

In a post to social media, the Nassau County Sheriff's Office is encouraging people to leave their memorials to Moyers, including flowers or cards.

The funeral for Joshua Moyers will be at noon on Saturday, Oct. 2 at Callahan First Baptist Church.