The state national guard says it is looking to help fulfill the need for school bus drivers in South Carolina schools. 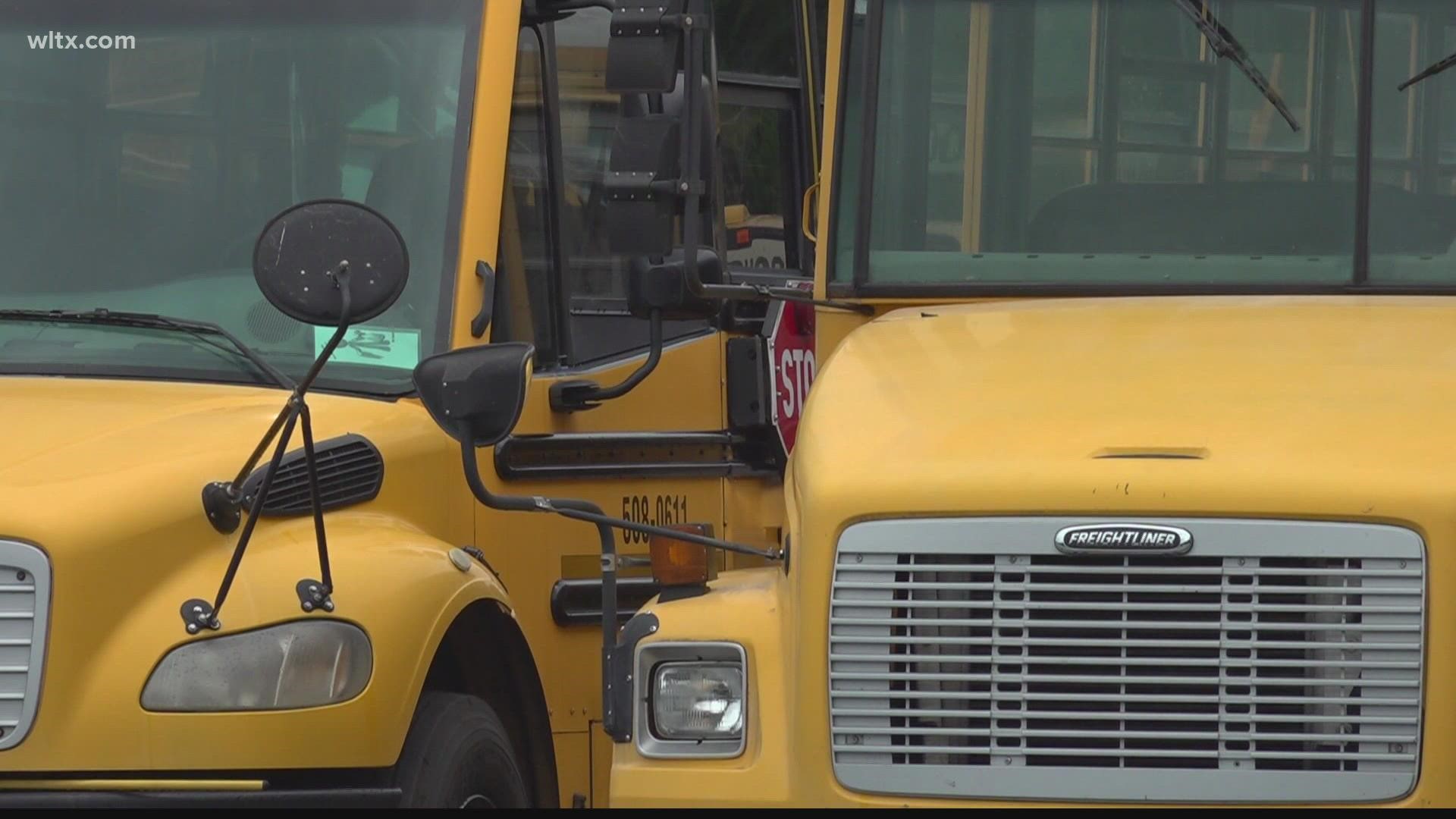 COLUMBIA, S.C. — The South Carolina National Guard stays ready to assist wherever needed, whether overseas or in domestic emergencies. Most recently, the guard has been helping where needed, with the impacts of Covid-19.

In South Carolina earlier this month, a dozen guard members were sent to Tidelands Health emergency rooms and clinics near the coast.

Earlier Wednesday, there was a cabinet meeting with Governor Henry McMaster and other state department heads. The state national guard’s Major General Van McCarty told those in attendance that the guard is looking to help fulfill that need in South Carolina schools.

“The biggest challenge that we see in that regard though is working a request in the department of education for school bus drivers and we’re working with them now to see how we can support that need,” said McCarty.

In the Midlands, several schools have reported school bus driver vacancies. Richland One reported 35 vacancies, Lexington One reported 30, Kershaw County reported 23, and Orangeburg reported 16. These were all within the last month.

RELATED: 'We deserve it': School bus drivers set to get pay raises

The National Guard says there are currently no requests pending for national guards to help the school bus drivers in South Carolina, but they have started a dialogue with the Department of Education.