The End of Watch Ride is a 22,000+ miles ride across America to honor law enforcement officers who died in the line of duty. 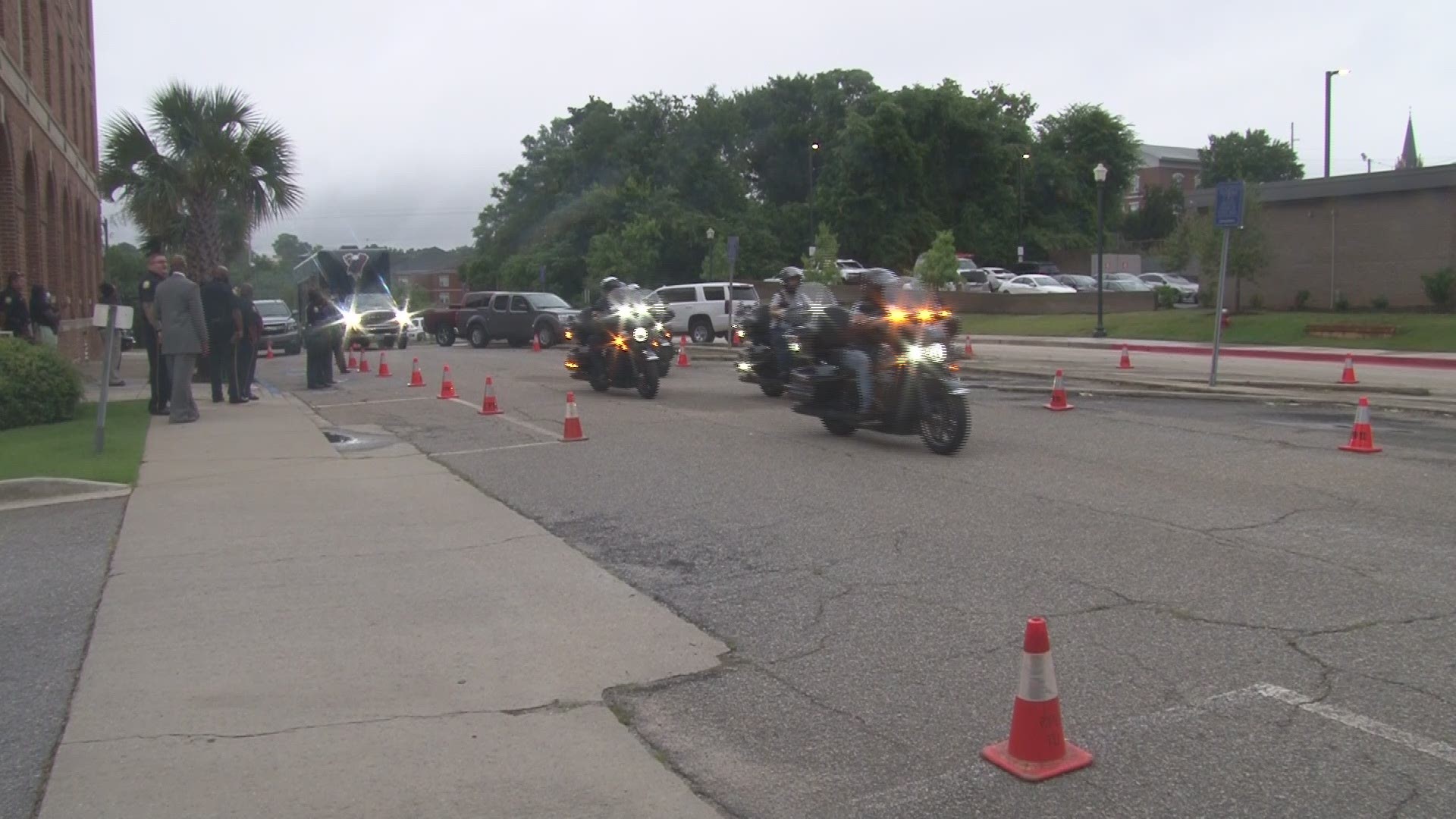 COLUMBIA, S.C. — Beyond the Call of Duty's 'Ride to Remember,' a mobile memorial that honors the lives of hundred of officers who died in the line of duty in 2020, made its way through the Midlands on Wednesday.

Starting in Washington State, Beyond the Call of Duty traveled across the country, stopping at police departments to honor those who lost their lives in the line of duty.

Delphine and Leo Newman are the parents of Lee County Deputy Mikkos Newman. They said it's an honor to have his picture shared with the nation.

"Everybody talked about his smile that’s on that truck today," said Delphine Newman. "He always smiled. He was loving, he was caring. He was happy. He was the life of the party. He just loved to have fun. He loved his family, he loved his children, and everybody. He showed that emotion."

At the Lee County Sheriffs Department, Officer Newman's daughter also paid tribute to him. Officer Newman passed away in June of 2020 from COVID-19.

"He came in with a fever of over a hundred," said Lee County Sheriff Daniel Simon. "Protocol that we were doing was that we were taking temperatures before they came in. He got admitted into the hospital. The day that he was supposed to be clear, he passed away at the age of 38."

Sheriff Simon said Officer Newman was always positive and made an impact on the department and the community.

"Really was a bundle of joy, never was sick, never complained about anything," Sheriff Simon said. "Like I always say, he’s the light of the sheriff’s office, can never be replaced."

In the City of Columbia, love ones honored Officer Robert Hall, who served the city for over 30 years. Officer Hall died in July of 2020 from COVID-19.

"This past year, just in general, has been extremely tough, mentally and physically on all of our staff," said Chief Skip Holbrook with the Columbia Police Department. "This rolling memorial is a reminder of not just Bob’s sacrifice but over 300 others who lost their life in the line of duty this past year."

Officer Hall's picture joins that of Corporal Andrew Gillette of the Sumter County Sheriff's Office. Cpl. Gillette lost his life in February of 2020 after he was shot while trying to serve a detention order and an eviction notice with two other deputies.

RELATED: Sumter deputy killed in line of duty was a husband, father, veteran

RELATED: Friend says fallen Sumter deputy Andrew Gillette has always been about 'service before self'

"Our hearts go out to all the families on this ride," Newman said. "I know it does mean as much to them as it does to us. It's just a feeling of emotion that you can't explain if you haven't experienced it."

The stop in the Midlands was the 55th day out of the 84. The next stop will be Horry County in South Carolina, and Montgomery County in North Carolina.

"Let's just see if we can keep the love going across the nation," Shah said.