Midlands participants say events like these show how record stores are an integral part of a community's culture and art scene. 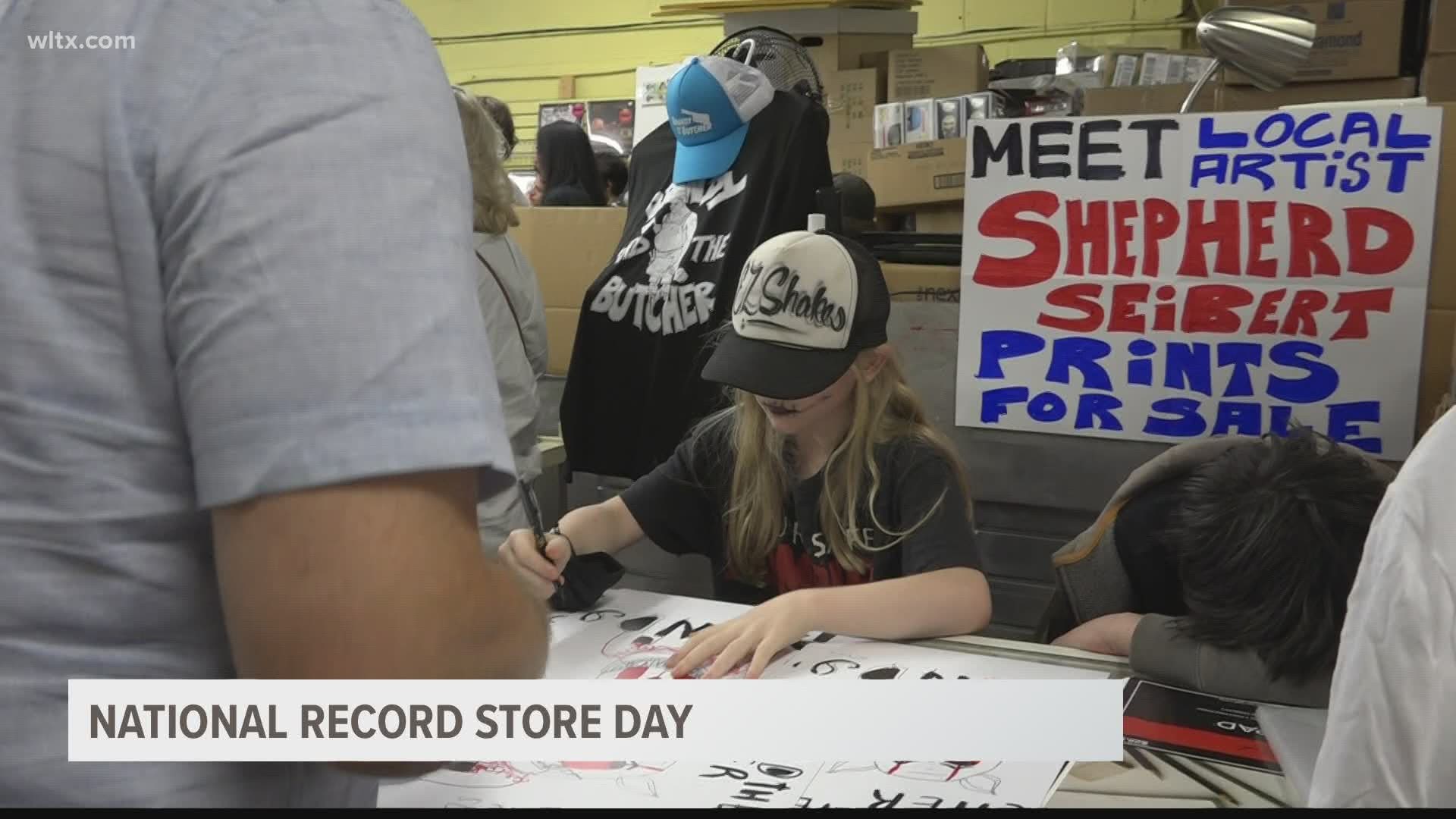 Record stores across the country celebrated the day with live performances and by selling limited-edition and rare vinyl records.

"The reason why the event was created, it was really as a way to showcase not only just the music we all love as a culture, but it was also a way to focus on independent record stores," said Eric Woodard, owner of Scratch N' Spin Records in West Columbia. "As technology has progressed and there are so many digital options for people, they created Record Store Day as a way to celebrate physical media. In other words, actual vinyl records, CD's , tapes, that kind of thing."

In order to get a first pick of the exclusive National Record Store Day vinyls, residents formed a line out the door of Scratch N' Spin Saturday morning before the store opened.

The day puts a spotlight on local, regional and national artists. For example, Scratch N' Spin showcased local band Brandy and the Butcher and Darby Wilcox.

Woodard says events like these show how record stores are an integral part of a community's culture and art scene.

The next Record Store Day will be celebrated on Black Friday.

A post shared by Record Store Day US (@recordstoredayus)