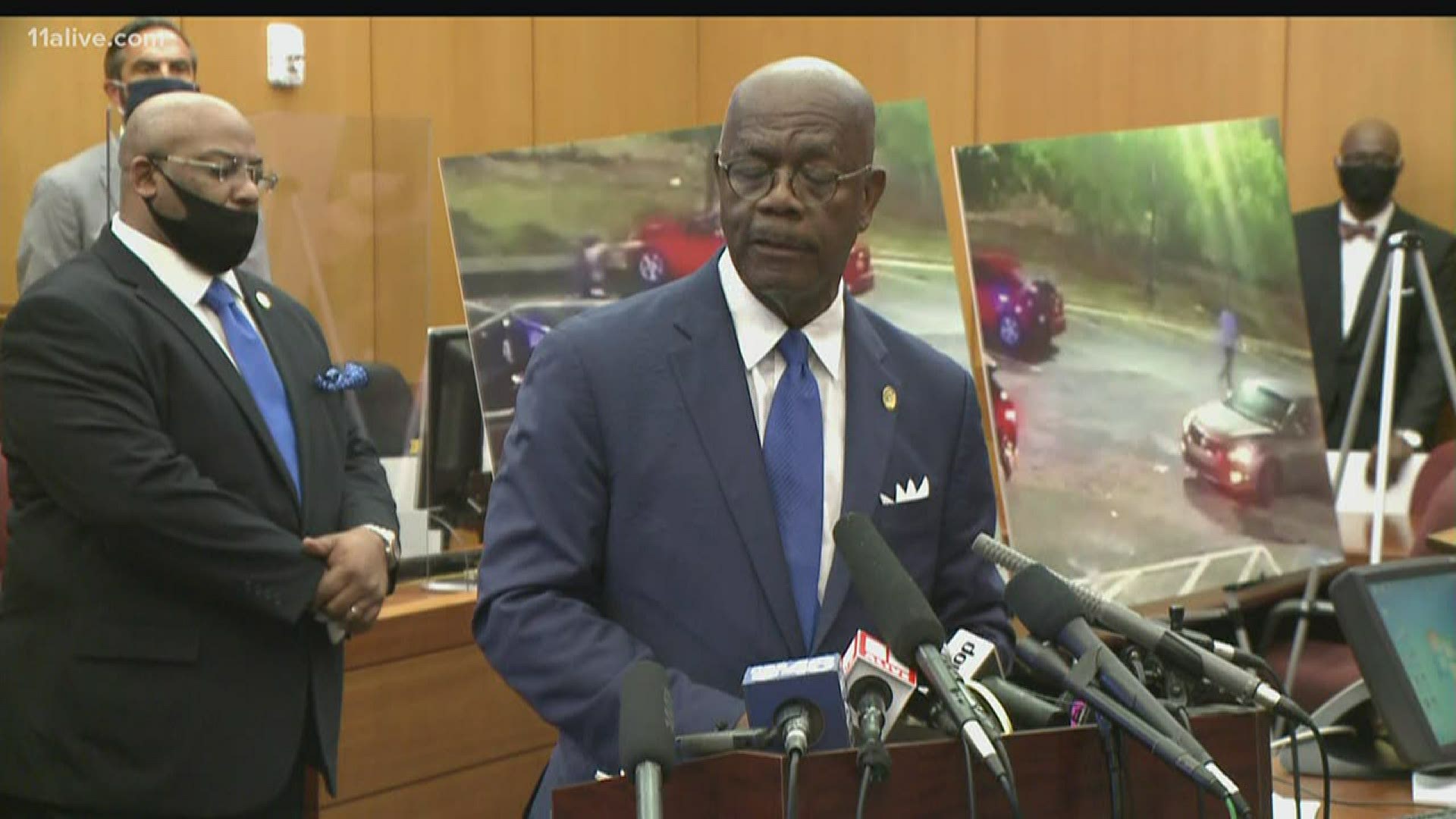 ATLANTA — NBA star Dwight Howard appeared at a Fulton County courtroom press conference announcing the charging decision for the death of Rayshard Brooks, a man who was shot and killed by police at a Wendy’s drive thru.

Howard, who is originally from Georgia, is relative to the District Attorney Paul Howard, according to NBC correspondent Blayne Alexander.

Former Real Housewives of Atlanta star Attorney Phaedra Parks also appeared in the courtroom in support of Brooks. She has been outspoken on social media discussing the the legal action that was being prepared for the case.

Howard has spoken before about growing up in College Park with his dad, a police officer.

During the press conference, the district attorney announced charges against the two Atlanta Police officers involved in the shooting.

Officer Garrett Rolfe faces 11 total charges including Felony Murder and Aggravated Assault with a weapon. Criminal Damage to property and Violation of Oath.

Officer Devin Brosnan faces three total charges related to the killing of Brooks, including charges for standing on Brooks' body while he was on the ground.

Here's what we know about the events leading to and following the death of Rayhshard Brooks.