NC AG Josh Stein along with 44 other Attorneys General sends letters to CEOs of Twitter, eBay, and Shopify. 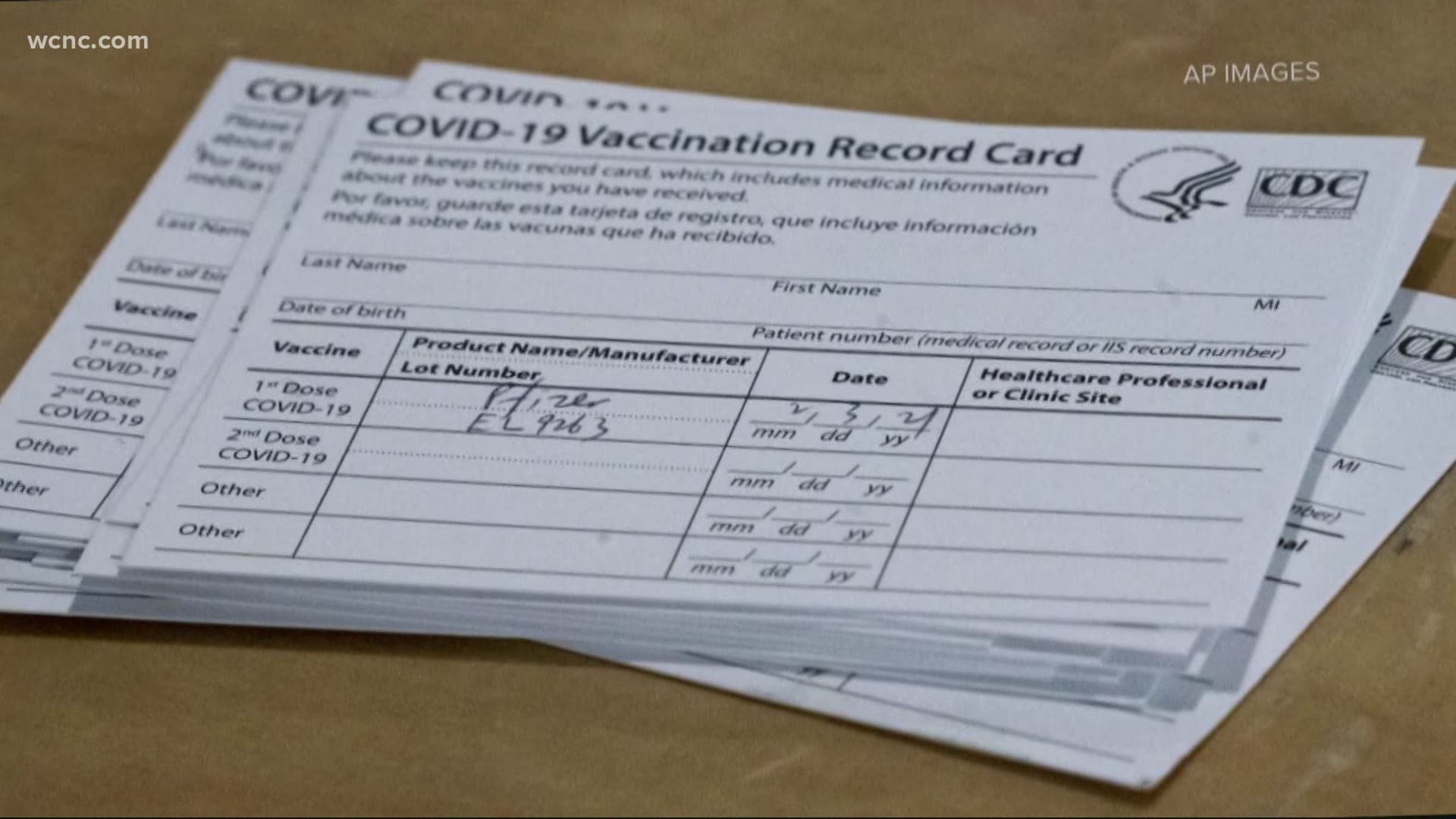 The document calls on the CEOs of Twitter, eBay, and Shopify and asks them to take immediate action to monitor their platforms for the fake cards, to promptly take the ads down, and to preserve records about the ads so the states can take action against the sellers.

In their letter, the attorneys general ask the CEOs to:

2 Wants To Know talked to NC AG Stein on March 22, 2021, about the issue after we found one site after another offering blank and forgeable COVID vaccine cards.
Stein told us sellers could face a fine of $5,000 per violation.

"If anyone out there sees anyone on the internet selling one of these cards, let my office know because it's a violation of state law. It would be deceptive. You cannot sell a card purporting to be from the CDC if you are not the CDC,” said Stein.

Stein says these fake vaccine cards put us all at risk and the people who buy these cards are prolonging measures most of us wish would go away. Check out the NC DOJ scam protection page.