'You're a communist, Nelson Wolff' | Woman confronts Bexar Co. judge at grocery store; He urges people to keep masking up despite 'COVID fatigue'

A video running more that three minutes shows Wolff taking groceries to his car while the woman argues about his support of mask mandates. 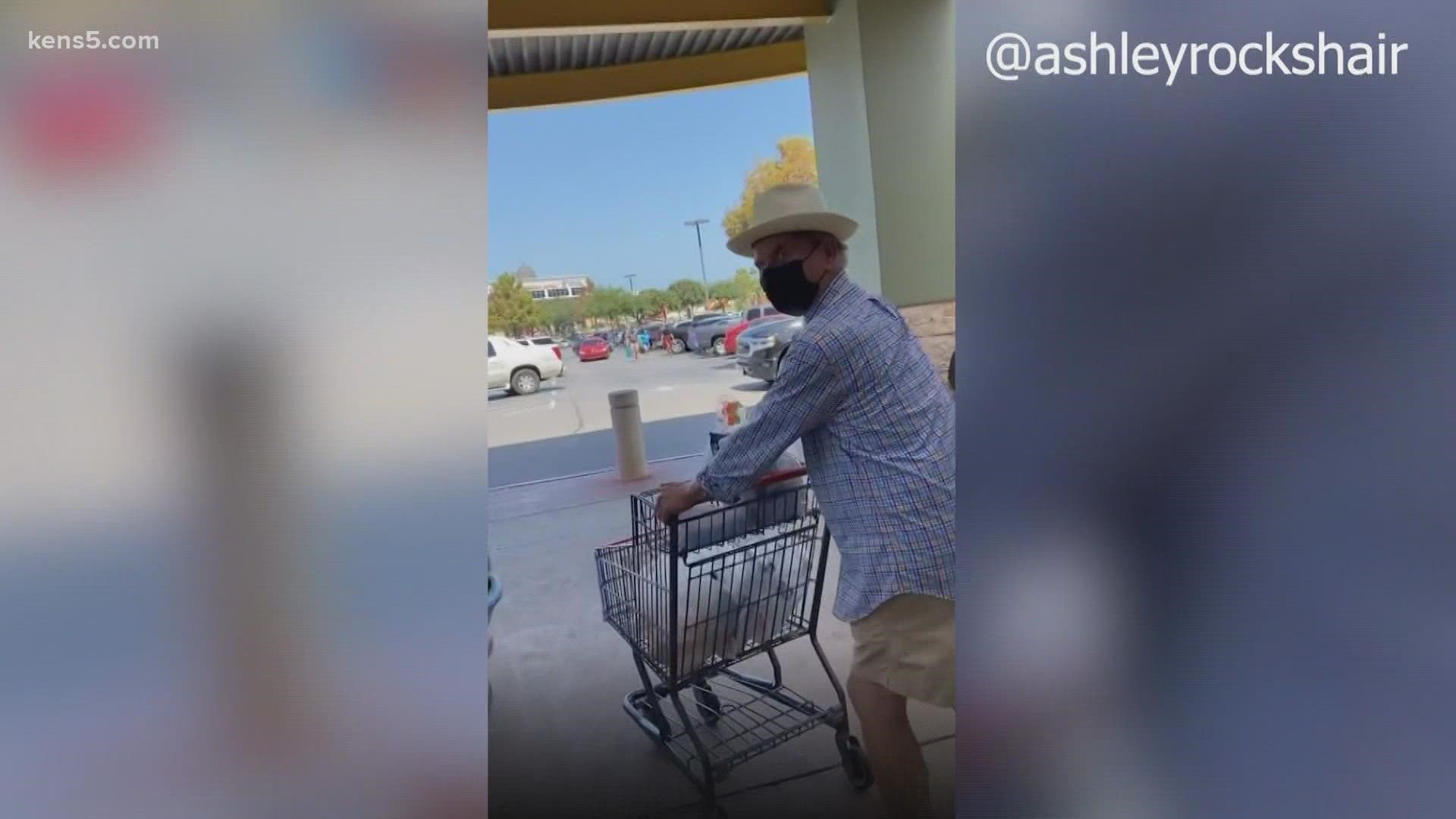 SAN ANTONIO — As Bexar County Judge Nelson Wolff was leaving an H-E-B on Sunday, he was approached by a person who recorded video while calling him a communist and a traitor.

The video was posted Sunday by @ashleyrockshair on Instagram. It was recorded at the store on NW Military Road in San Antonio.

The video, which runs more than three minutes, captures Wolff walking out of the store to his vehicle, pushing his grocery cart.

"You're a communist, Nelson Wolff. You're a traitor," the woman yells. She follows him and continues to say things like, "Putting masks on kids -- that's child abuse." She also says not wanting to recount the election makes him a traitor.

Wolff is seen continuing to walk through the parking lot, eventually unloading his groceries into his car trunk while the woman continues to record.

"You better enjoy your freedom while it lasts, buddy. Then you got to answer to God," she says. "Masks don't even work."

The video ends with the woman saying again, "Nelson Wolff is a communist and a traitor."

When contacted by KENS 5, the woman identified herself as Ashley and gave the following statement:

“I want everyone to see it and to know they too can be brave and do the same. I hope it encourages many more to follow in my footsteps and stand up for their freedoms!”

“This is far bigger than just Nelson Wolff. Lin Wood says 97% of our government is corrupt and we the people need to know who stands for us and not against us! Texas needs to audit our election! The United States of America does not want to be a communist country. We want freedom and democracy!”

Public Information Officer Monica Ramos confirmed the incident, saying no one was harmed.

Wolff also responded to the incident:

“I realize, after a year and a half, we all are experiencing COVID fatigue from wearing masks and other public health guidelines. Now is the not the time to stop and let our guard down," he said. "Our numbers are coming down slowly. Let’s keep this downward trend going. Mask up, keep social distance, and sanitize."

Ramos said there would be no further comment on the incident.