The new bridge for drivers, pedestrians and bicyclists is anticipated to be finished in February of 2022. 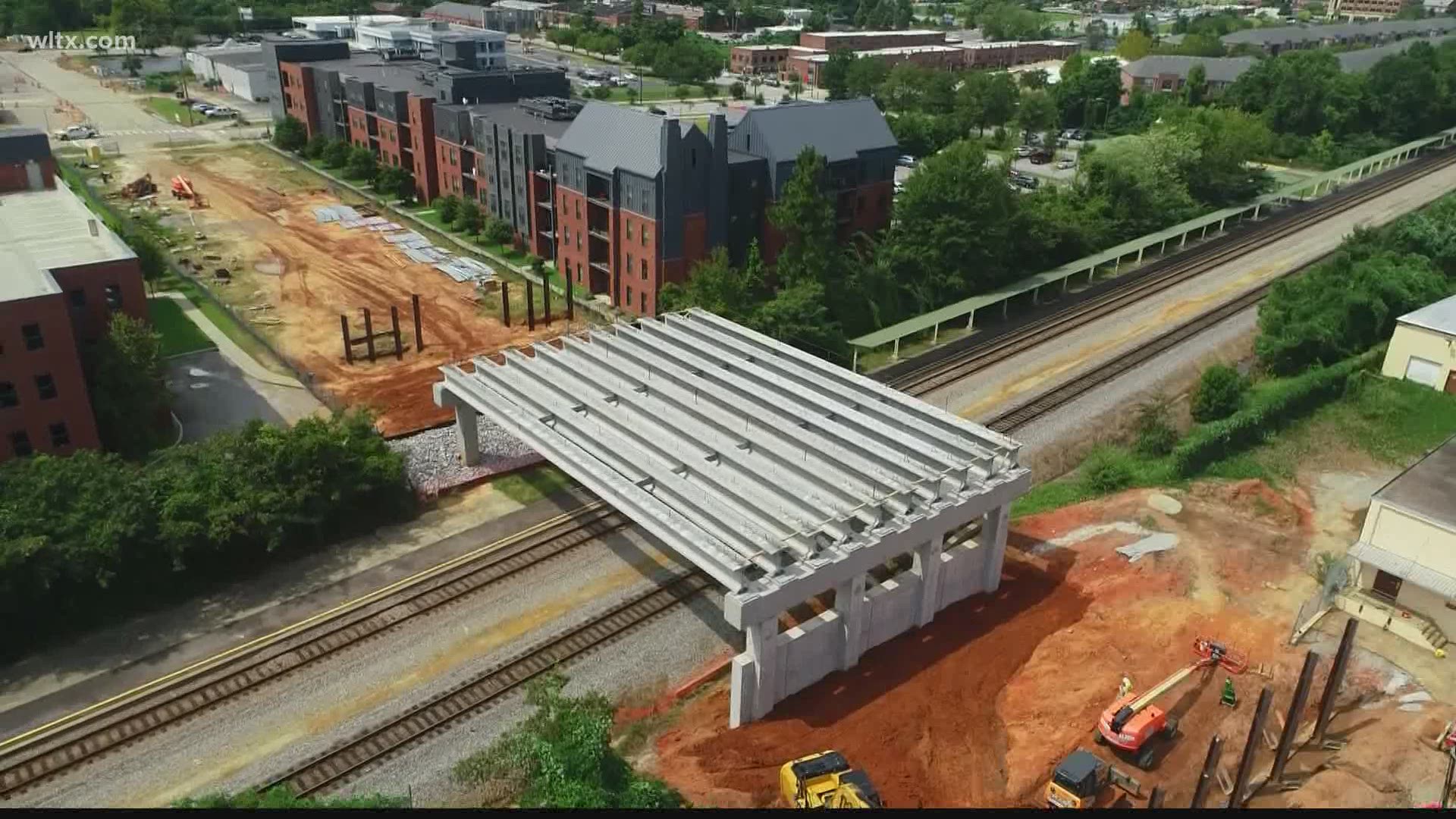 COLUMBIA, S.C. — A new bridge is being built on Greene Street near Colonial Life Arena to help drivers, pedestrians and bicyclists cross over railroad tracks.

One of the most common complaints in the Downtown Columbia area is dealing with trains. At what always seems like an inconvenient time, trains roll through, halting traffic and there are not many options to get around it.

One of those troublesome spots is near Colonial Life Arena but a project could help the issue.

"We're constructing a connection between Gadsden and Huger, crossing the CSX and Northfolk Southern railroad tracks with a three-lane road, bike paths and sidewalks," said Niermeier.

The bridge will be able to used by vehicles, pedestrians and bicyclist.

According to the director, the project was put together a couple of years back by the University of South Carolina, the City of Columbia, and Richland County Penny Tax program. It was part of a referendum in 2012.

Construction for the project began back in February and it's scheduled to be complete in February of 2022.

"The biggest goal -- there's several -- it'll better the area both in appearance, but more so in functionally because it will allow a free-flow of traffic on Greene Street between Gadsden and Huger," explained Niermeier. "It will allow for pedestrians to cross over {the tracks}, as well as bikes. You won't have to stop for trains going by anymore."

Niermeier estimates the total cost of the project will be around $21 million to $24 million dollars when it's finished. This includes right-of-way acquisition and construction.

Dillon Triano, a junior at the University of South Carolina, has been living at one of the apartments by the railroad tracks for the past two years.

"I go to Darla Moore (School of Business) so it's about a two- to five-minute walk for me and, when the train comes, it's like a ten minute wait so it would be pretty cool if they had a bridge," said Triano.

The student says the bridge will be a lot better than having to wait on trains to come through or being forced to get in a car to go to another bridge to cross over.