Several businesses, including Savage Craft Brewery and D's Wings, are headed to the City of West Columbia in 2021. 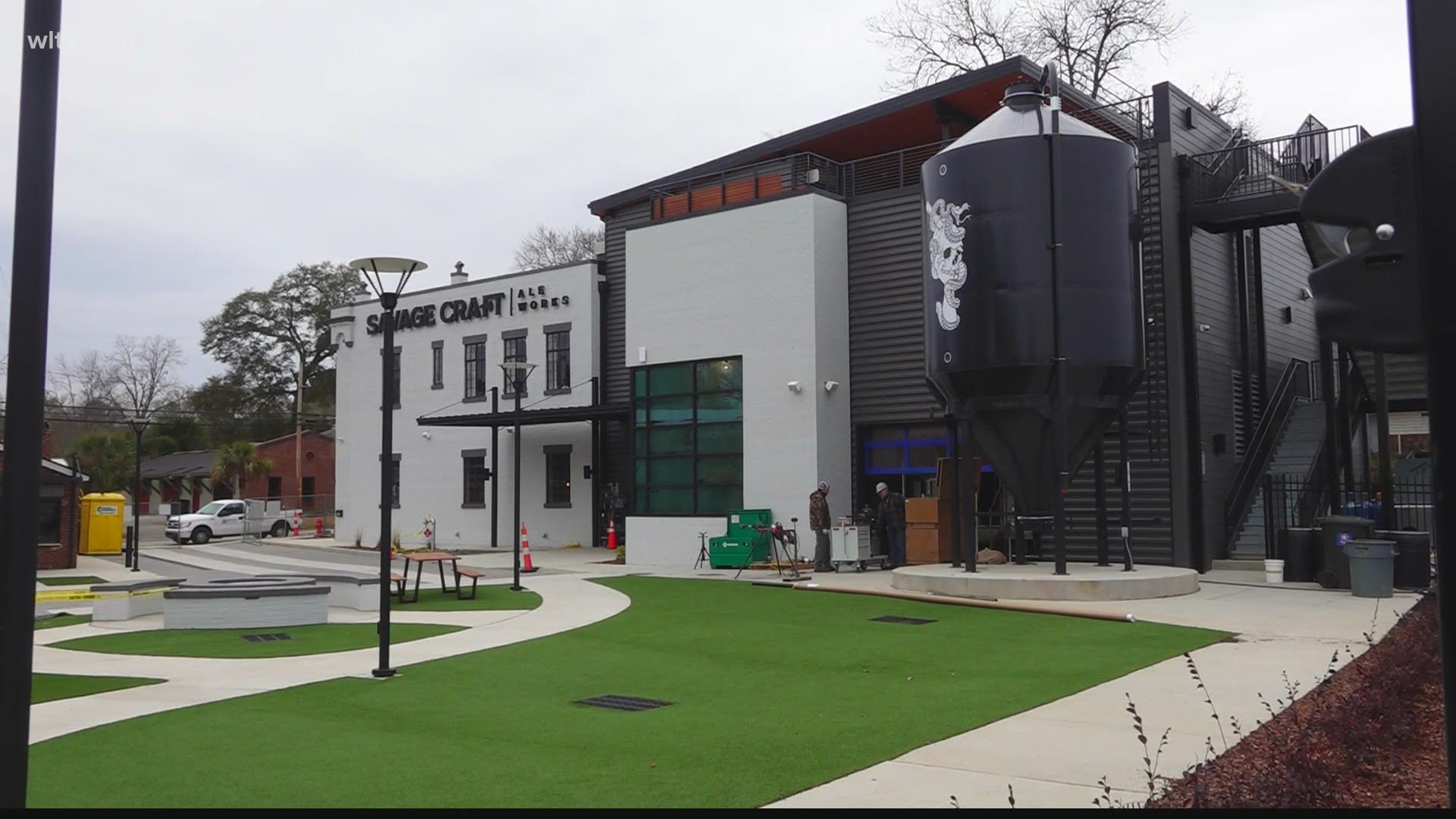 In the next year, people could see a lot of changes in West Columbia. Today, you can see construction for new things coming to the area.

Mayor Tem Miles of West Columbia said a couple of years ago City Council decided they wanted to make more of a comprehensive district over in the State Street area.

Currently, reconstruction is underway for longtime business D's Wings. The restaurant has been located in the City of Cayce but the city says it will soon move over to West Columbia, near State Street.

Also a new brewery, Savage Craft, may open their doors as early as the end of the month.

"We laid everything out over here with hopes that folks would come, they would come park in this area that we're in, they would get out, they'd go have dinner at Terra or over at Al's Upstairs, leave their car where it's parked, walk around, go to New Brookland Tavern, State Street Pub, one of the other venues here and do more than just go to one stop," Mayor Miles said.

The mayor says they've worked hard to help provide parking in the area. There's free public parking, and a parking deck is being constructed for the Brookland Development.

"We're very excited to see these projects move along. We're working to put in a new sidewalk to connect State Street all the way up Center Street to Savage Craft," explained Mayor Miles. "We're hopeful that this momentum is going to continue on and go up Meeting Street and Center Street."

New single-family homes have been built in the area, as well.

While 2020 was a hard year due to the coronavirus pandemic, the city has still been able to welcome more businesses.

"2020 was a tough year for a lot of folks, there's no doubt about that. At the same time, there are a lot of folks who still saw the potential here, who came and started new projects here in 2020, who moved their businesses over to West Columbia," said Mayor Miles. "We're thankful for all of those folks, who are willing to come make the investment over here to make our city a better place."

For the city's economy, having more business provides more offerings for people who live or travel to the community.

"We don't have to leave from our local community. We can stay here, we can shop local, we can support our local businesses and still have all the things that we need," explained Mayor Miles. "There's nothing outside of local market that you have to leave to go find now."

The mayor is exciting about the future of the city as they continue to develop and is happy to see families who move to West Columbia stay in West Columbia.