Potential food business development in the works for BullStreet District

A Columbia Councilman confirmed with News 19, a potential food court is expected to be built in the BullStreet District. 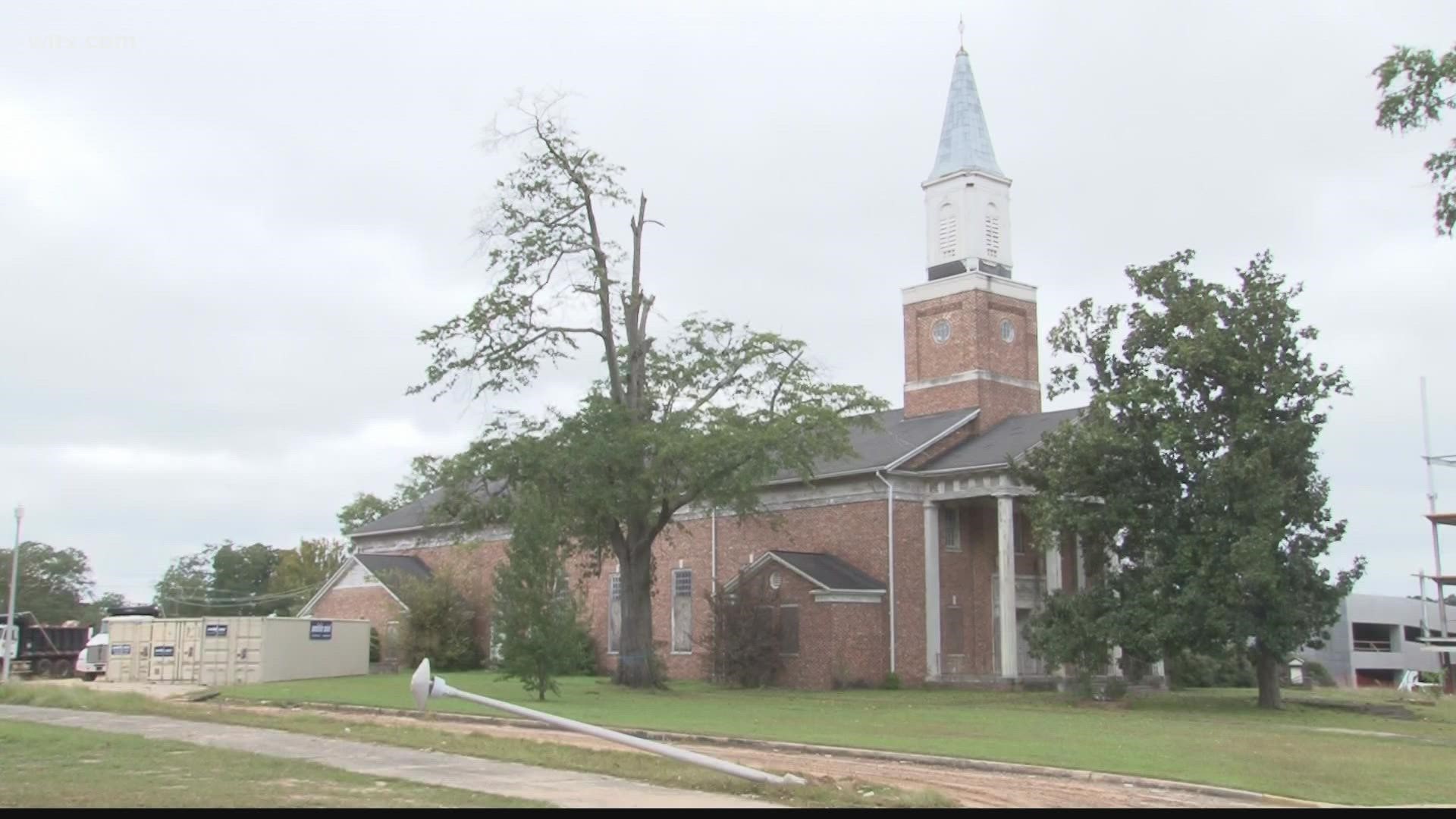 COLUMBIA, S.C. — A food court will be constructed in the former Chapel of Hope Church in the BullStreet District, City of Columbia Councilman Howard Duvall confirmed to News 19.

The building was a mental asylum back in the 1800s; then, in 1945, it became the Chapel of Hope Church. Currently, the former chapel is an abandoned structure.

"It's going to be retained, but it's not going to be used as a church," Duvall said. "They're going to convert it into a food court, food opportunity and add to the building a little bit."

The development is expected to draw more people in to the community, as well as more businesses.

"We wanted to retain that building, but it couldn't be used as a church because that would get us into the alcohol beverage laws, and it would prevent any kind of restaurant from serving alcohol within a 1,000 feet of the church," Duvall said.

News 19 also spoke with other sources who couldn't directly confirm that it would be a food terminal, but said they heard what's coming into the abandoned structure involves a either a restaurant or multiple food vendors.

The possible project would not be a city project. Councilman Duvall said the changes would be through the Hughes Development Corporation.

RELATED: Luxury apartments at historic Babcock Building could be ready as soon as early 2022

He said Hughes Development retained nine (9) buildings in the district. They are currently researching the historic nature to preserve the church as well.

"They want to enlarge the building a little bit," Duvall said. "I think it would be modified a little bit, but it would still have the look of the original church that was on the property."

As of Monday, there is no word on how many businesses will be open inside the former chapel, or when the development agency plans to begin the project. The Councilman said he thinks ground breaking will be happening soon.

News 19 also reached out to Hughes Development Corporation for more details on the project. "We do not have anything to announce at this time," they said.

RELATED: Over a billion dollars in development coming to Columbia area