Homeowners find coins worth $25,000, reunite them with original owner

James Mumford said he didn't even think twice about keeping them, and immediately gave them back to the previous homeowner. 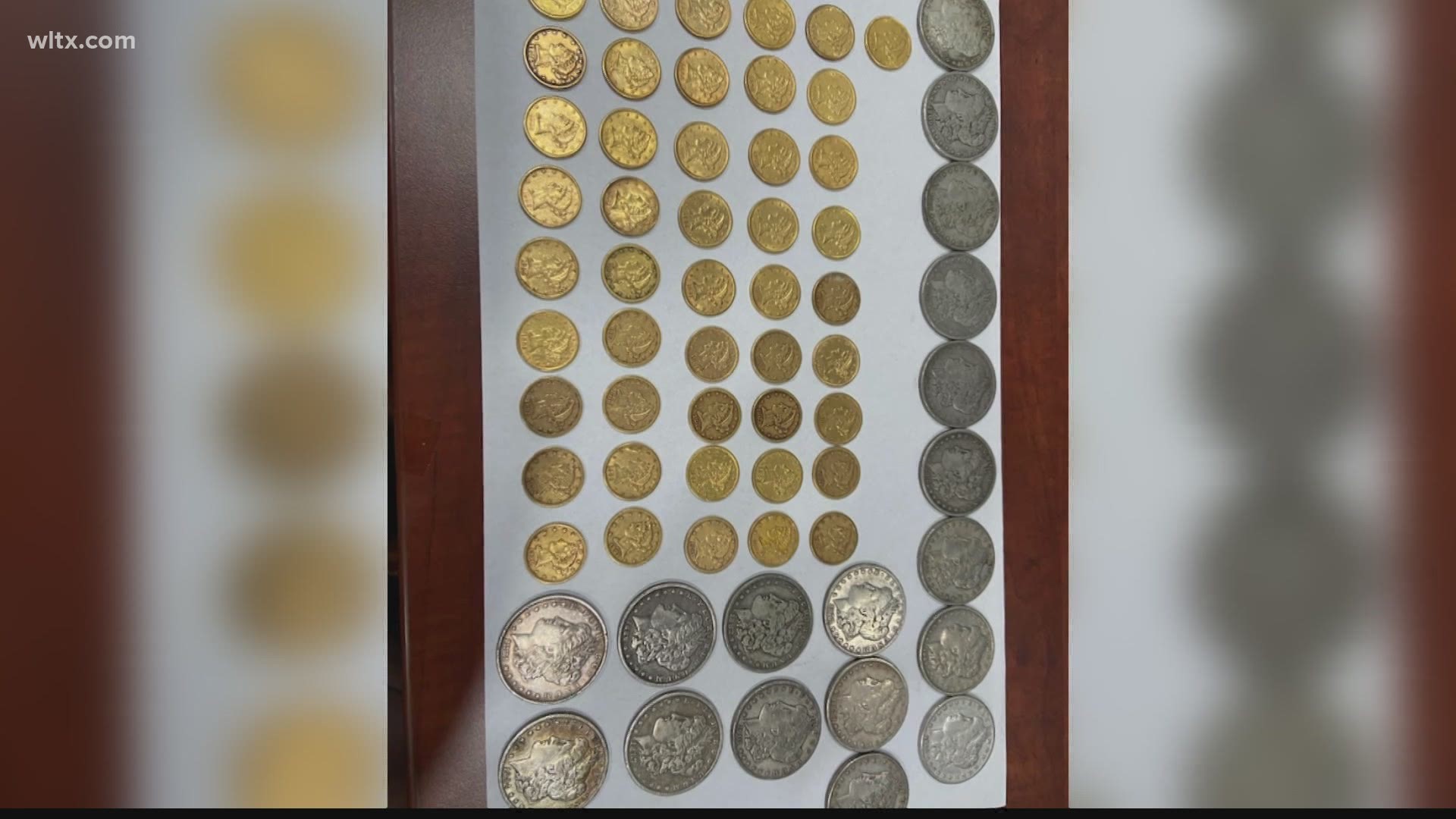 IRMO, S.C. — An Irmo couple made a remarkable discovery after moving into their dream home.

James Mumford and his wife Clarissa recently moved to Irmo and when settling in, found quite a collection in one of the built-in dressers.

"I just reached in there and started feeling around and pulled the coins out," explained Mumford. "They were in two stacks in coin protectors." He had found eighteen Susan B. Anthony coins and 46 Gold Liberty coins.

Mumford told News 19 he didn't even think twice about keeping them and immediately contacted the previous homeowner.

"I sent the pictures to him," said Mumford. "He was like, oh my gosh, I can't believe you found them." Mumford says he returned the coins to the original owner.

The coins are estimated to be worth about $25,000. Even knowing the value of those coins, Mumford says he is glad he did the right thing.

"I know God was saying, you did the right thing by turning those coins back into the right person, and I'm going to bless you in other ways," he said. That's the way my wife and I looked at it."

RELATED: 10-year-old working to donate 100,000 meals by Thanksgiving in 'Race to Kindness'