New Pest in Town And There's A Lot Of Them

The termites we typically see in the Midlands can be treated from the soil, but if you have the Formosan termites finding where the nest is can be more difficult to do . 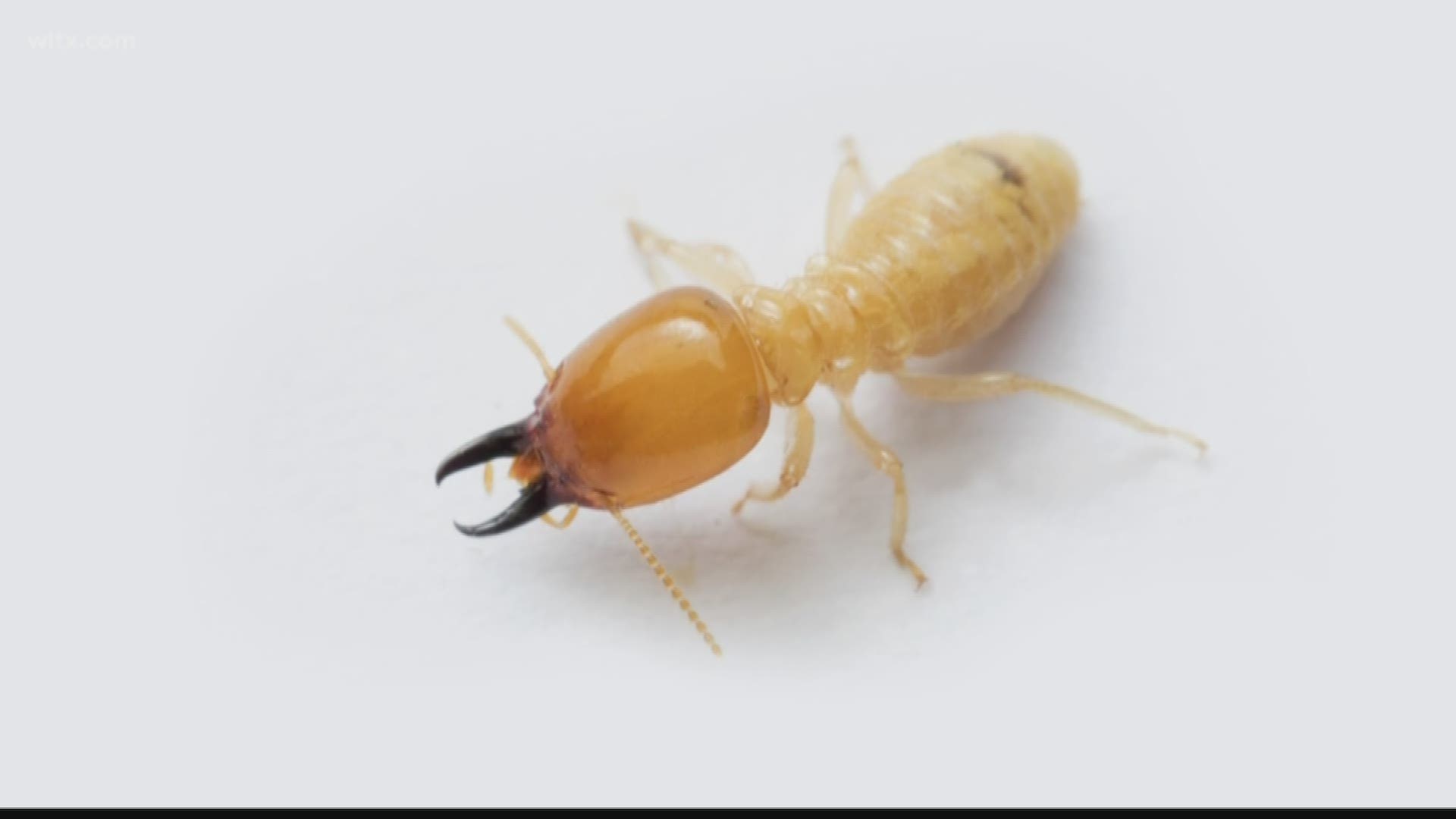 Columbia, SC (WLTX) -- A different type of termite has been making its way from the coast to the Midlands. A entomology professor said a type of termite that can have larger colonies was found in Lexington County.

"I'll always said there's two kinds of houses in South Carolina, ones who have termites and those that will," Modern Exterminating Owner Glenn Matthews said.

The wood eating species, termites, can be found in hotter climates. Now, a different type of the insects nobody wants to find in their home has made their way from the coast to the Midlands.

"The difference between are natives and Formosans is that Formosan termites colonies can be larger. Not that the termites are more powerful or some kind of super termite," Entomologist Eric Benson said.

The only way these termites can do more damage is if they are in a larger colony. Dr. Benson said one on one these termites eat at the same pace, but it's the amount of them that can differ. The Formosan termites are large in numbers most of the time, which can cause more damage, faster. They also nest higher up in the wall.

"They can have larger numbers and sometimes the subterranean termites will make an aerial nest so they don't go to the ground," Benson said.

Matthews said he thinks they will spread quickly.

Understanding the difference between the two termites is important for treatment, but Matthews said having both in the region could be trouble.

"It's going to be a double edge sword," Matthew said.

The termites we typically see in the Midlands can be treated from the soil, but if you have the Formosan termites finding where the nest is can be more difficult to do . Matthews said some people can go years without knowing they have a termite problem.