The Whitmire War Memorial Library in Newberry County is written on a microchip on the Perseverance rover. 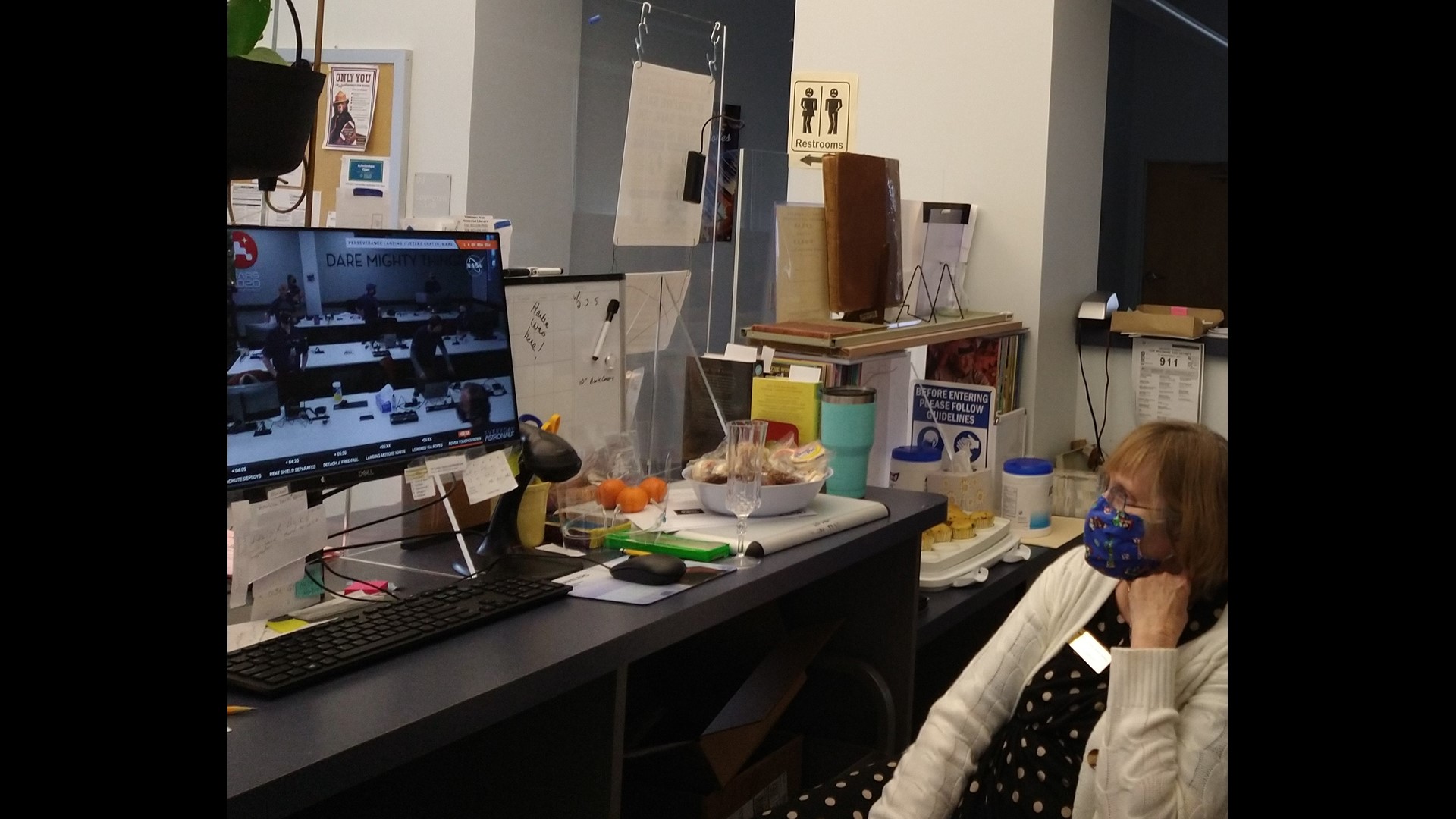 WHITMIRE, S.C. — The Perseverance rover landed on the Jezero Crater on Mars on Thursday and brought a piece of South Carolina with it. Inscribed on one of the microchips on the rover is the name of the Whitmire War Memorial Library.

Christina Watts, branch manager for the library, jumped at the opportunity when she saw it via Citizen Science and NASA outreach.

Despite a rainy day in South Carolina when the rover landed, some community members were still able to get together to watch the rover land on the red planet.

"We were excited and nervous just like they were, ya know, just please don't break up on the way down please!" Watts tells News 19.

People from around the world were able to submit their names to be etched onto three fingernail-sized silicon chips.

The Perseverance rover mission will last at least one year on Mars, which is equivalent to about 637 days on Earth.

There are 25 cameras on the rover along with microphones and other instruments ready to collect data from Mars.

The rover will collect rock and soil samples from the surface of the planet, test oxygen production of the atmosphere, and seek signs of past microbial life among many other experiments and expeditions.