News 19 has learned that even though SC DOT no longer does business with Boggs Paving, the Boggs Brothers, Carl Andrew "Drew" Boggs and David C. "Chris" Boggs,  set up a new company called Lynches River Contracting and SC DOT 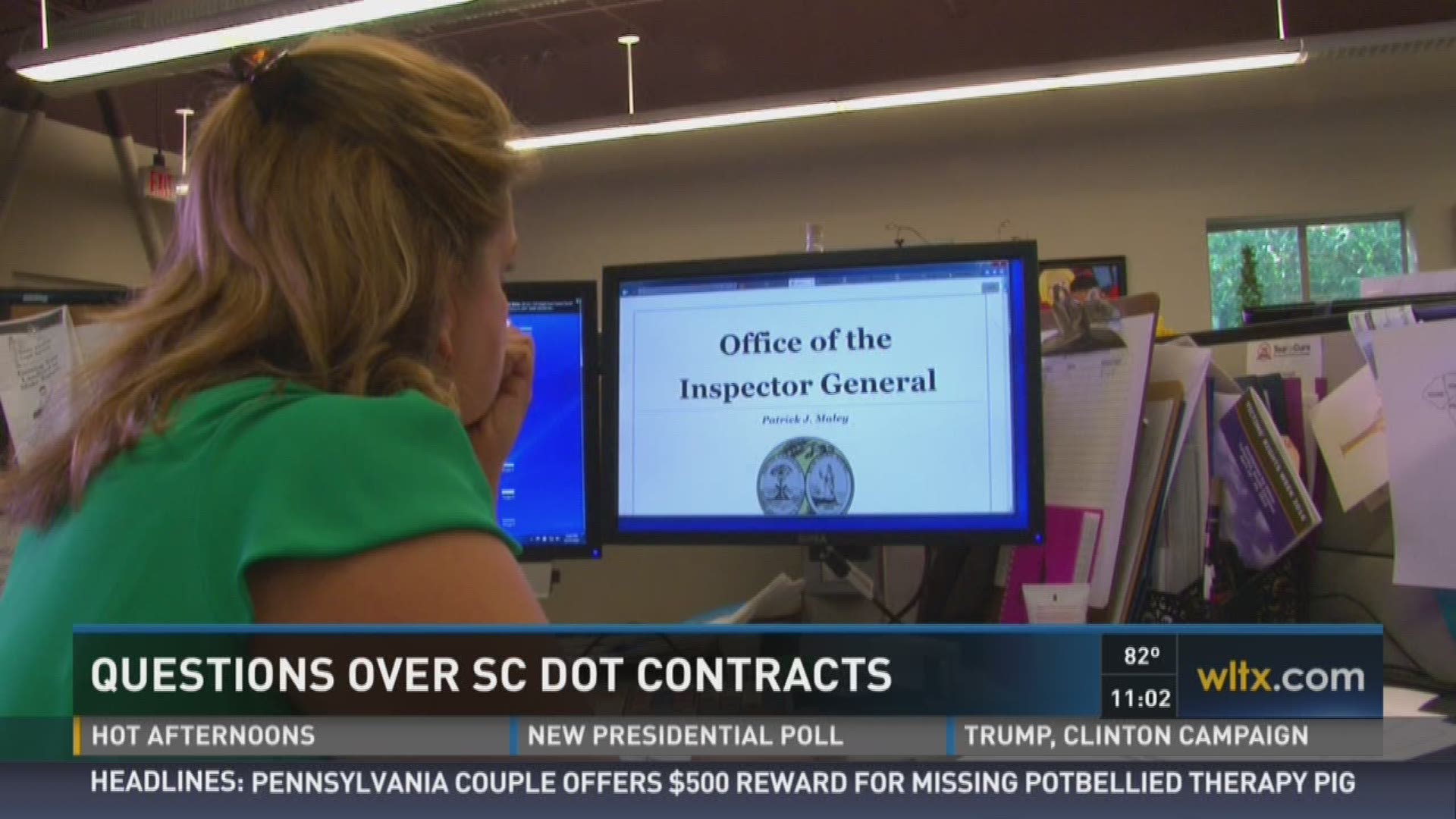 Columbia, SC (WLTX) Monday night residents, lawmakers and state transportation leaders came together to discuss the I-26 road project which is a year behind schedule. The project was being done by Boggs Paving, until they were fired in June by their partner contractor, Anderson Construction. In 2014 The owners of Boggs Paving plead guilty to fraud and conspiracy in North carolina over other construction projects, but they were allowed to finish all projects already started here in South Carolina. News 19 has learned that even though SC DOT no longer does business with Boggs Paving, the Boggs Brothers, Carl Andrew "Drew" Boggs and David C. "Chris" Boggs, set up a new company called Lynches River Contracting and SC DOT is doing business with them. News 19 found a report by the State Inspector General's Office, released in September of 2015. The Report outlines information News 19 thought our viewers should know.

According to The South Carolina Office of the Inspector General, "Shortly after the BPI guilty pleas, Lynches River Contracting filed for incorporation in South Carolina. LRC's ownership included: Thad Pressler (5%),.. Lee Sanders (5%), the Lynches River Trust (45%) and the David C. Boggs Family Dynasty Trust (45%)." The report also says that Pressler and Sanders were both field managers for Boggs Paving.

In December of 2014, Lynches River was prequalified to do business with SC DOT. In January 2015, questions were raised by competing contractors about their connections with Boggs. According to the report, "SC DOT ultimately determined Lynches River was, according to the existing state law and regulations not an affiliated party to Boggs Paving and allowed to do business with SC DOT."

The report suggested that "SC DOT should consider establishing regulations to prevent debarred business owners from shifting ownership to a close family member, or associate through trusts or related party transactions, allowing the debarred business to continue to operate." The report says this practice "underminds the public's confidence in the agency's prequalification system."

State Representative Russell Ott agrees. He tells News 19, "When you see people try to skirt the rules and game the system, you certainly don't want to give them the ability to walk through a loophole and then continue to do business, just as they were before."

Currently Lynches River Contracting has 24 active contracts with SC DOT totalling $49,394,653.78. We reached out to SC DOT for an interview but no one was available Tuesday afternoo, but they sent this statement: "SCDOT is doing business with Lynches River Contracting because the firm meets SCDOT’s requirements for qualified contractors. The purpose of SCDOT’s prequalification regulations is to obtain qualified contractors who can perform SCDOT work in an efficient and cost effective manner and produce a quality project. To date Lynches River has performed well on all SCDOT contracts and has produced quality work. The fact that Lynches River is owned by a trust set up by the Boggs brothers does not disqualify the firm, because it is an irrevocable trust that gives the control of the company to the trustee and not to the persons who pled guilty in the Boggs Paving matter. SCDOT has no evidence that the persons who pled guilty are involved in the management or control of Lynches River. The owners of Lynches River were not key employees of Boggs Paving. Lynches River is also a prequalified contractor in North Carolina and approved by FHWA for federal-aid contracts."

Ott says, "Quality of work does not necessarily seem to be the issue. The issue here is, 'Do you want to reward bad behavior?' And I think that there is an appearance of bad behavior, maybe not being rewarded, but being unpunished."

In the last legislative session a bill to prevent this was passed in the House but failed in the senate.That Bill was H4103 put forth by Rep. Laurie Funderburk of Kershaw County. Ott voted for that bill. He says, "I still think some laws need to be looked at, to make sure that we can prevent problems from happening in the future."

So while the family, of the two Boggs brothers benefit financially from SCDOT contracts, its important to note that neither brother is in management, personal ownership, or a controlling position at Lynches River. So, as the Inspector General's report said, while questionable, it's not illegal. Ott says, if people want to prevent this from happening again, State law would have to be changed.

If you would like to read the Office Of Inspector General's Report in it's entirety, Just click on this link. "A Review of the Approval for Lynches River Contracting as a South Carolina Department of Transportation Vendor."