Softball is usually thought of as a two-handed sport, but Devyn Priselac in Fort Collins has just one. Her story is one of adaptation, determination and generosity. 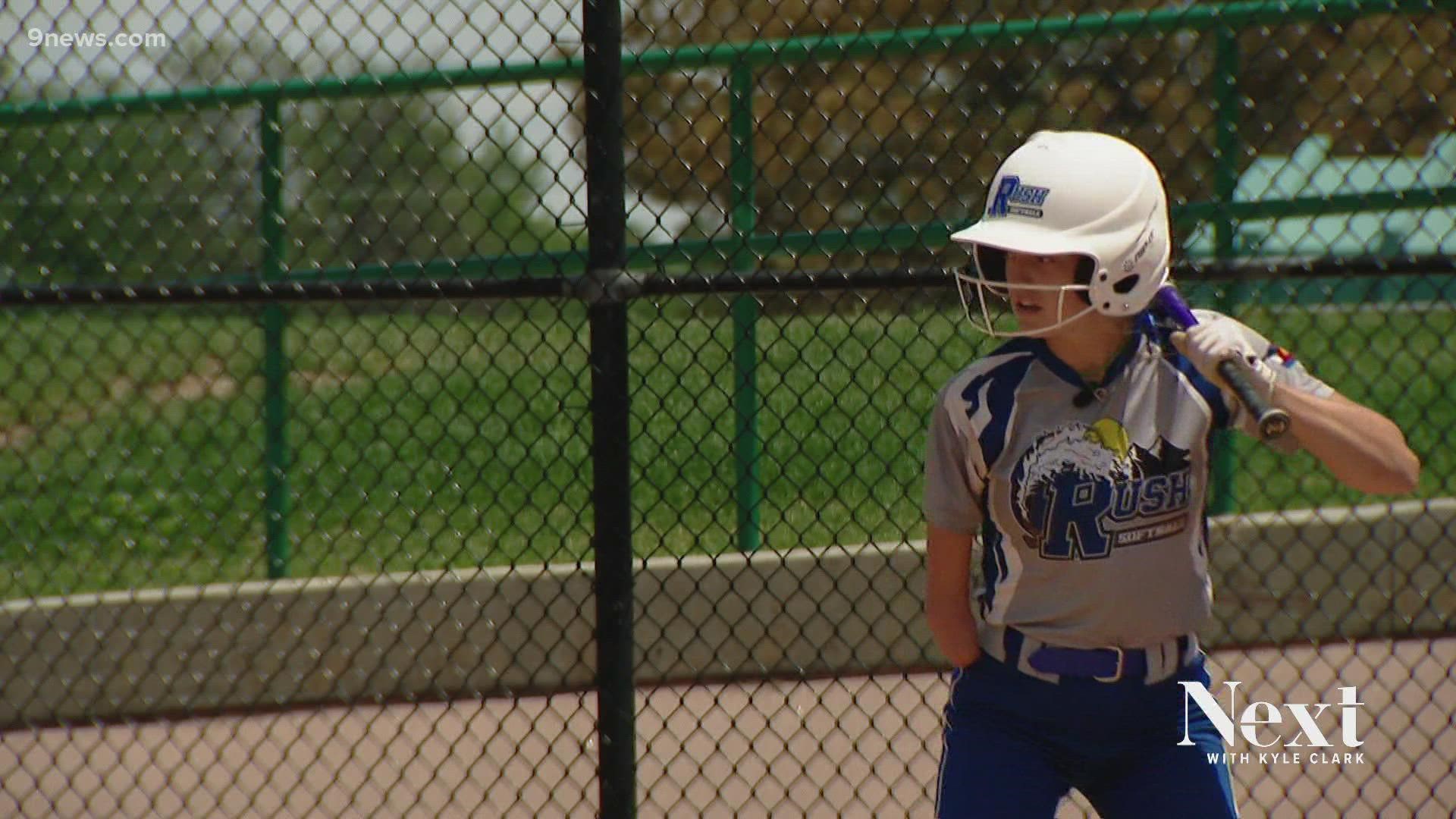 “The bench is to hold your glove, not your butt,” she yells out at practice.

But when people look over, they’re likely to do a double take.

“Sometimes it makes me feel a little awkward,” the 17-year-old said.

Priselac was born with just a left hand. She never thought she couldn’t do something, but softball is the first sport she’s played where having two hands is quite helpful when it comes to playing in the field and being up at bat.

“If I miss a ball, of course sometimes I’m like, 'oh, maybe I’m having an off day,' or sometimes I do blame it on being one-handed,” she said.

Excuses, though, are not needed for Priselac.

“You never expect to go out in the field and hear like, 'oh, your best player is the girl with one arm,'” said Cecelia Sealand, a teammate on her club softball team in Fort Collins. “Like you don’t expect to hear that, or see that, but she proves it.”

“Whenever she gets up to bat against teams she hasn’t batted against before it makes me so mad because the coaches like pull all their outfielders in, and I’m like you haven’t even seen her hit yet,” said Neyla Olwine, another teammate .

The joke is on the other team. Priselac's batting average is .500, said Sealand.

1 / 7
Family
Devyn and her mom, Michelle

But when she started playing, her coach, Paul McNeil, noticed something was off.

“I noticed she was behind everything,” he said. “So every ball she was hitting on a quicker pitcher was going the opposite direction, she couldn’t get anything on it because she was behind it all.”

Priselac had to choke up high on the bat’s handle since she swings it with just one arm.

“Using a regular bat, I didn’t think anything of it because I didn’t know there could be something different,” she said.

He made some calls, and Axe Bat called him back.

“She needed barrel control,” said Brandon Berry, a Hit Rep at Axe Bat. “She needed to have a bat that was weighted correctly, and those are all things our team was able to design.”

The company tailor-makes bat for professional players, but their most extreme customization yet is for a high schooler.

“The barrels are the same length,” explained Berry. “So it’s like a normal bat but the handle is shorter.”

The bat they created is adapted for Priselac, but still within regulation.

“This one’s my favorite,” she said holding the black and purple bat. “'Cause it’s pretty, it’s like a black stallion or something.”

Axe Bat made her two for free.

“I offered to pay for it,” said McNeil. “They didn’t want [anything], just the gratitude of making something for Devyn, that’s -- they’re behind her 100%.”

Priselac's mom, Michelle, who has recently added a "Softball Mom" sticker to her water bottle, can’t help but tear up when she thinks about it.

“I choke up thinking about that 'cause, 'cause somebody’s willing to put forth the effort to watch somebody succeed,” said Michelle. “I think that’s pretty profound.”

Priselac, a senior this year, wants people to know about a retreat for people with limb differences she went on that changed her life and might change others. She attended the Beautifully Flawed week-long retreat with Bethany Hamilton.

“I could say how I do things and the girls would be like, 'oh, I do that too,'” said Priselac.“It’s very special to me because everyone there can relate to each other, whereas here when I come back to Fort Collins I’m like one of the only ones.”

RELATED: Cross-country runner goes the extra mile for a friend

SUGGESTED VIDEOS: Full Episodes of Next with Kyle Clark