9 people shot outside business on Two Notch Road in Columbia 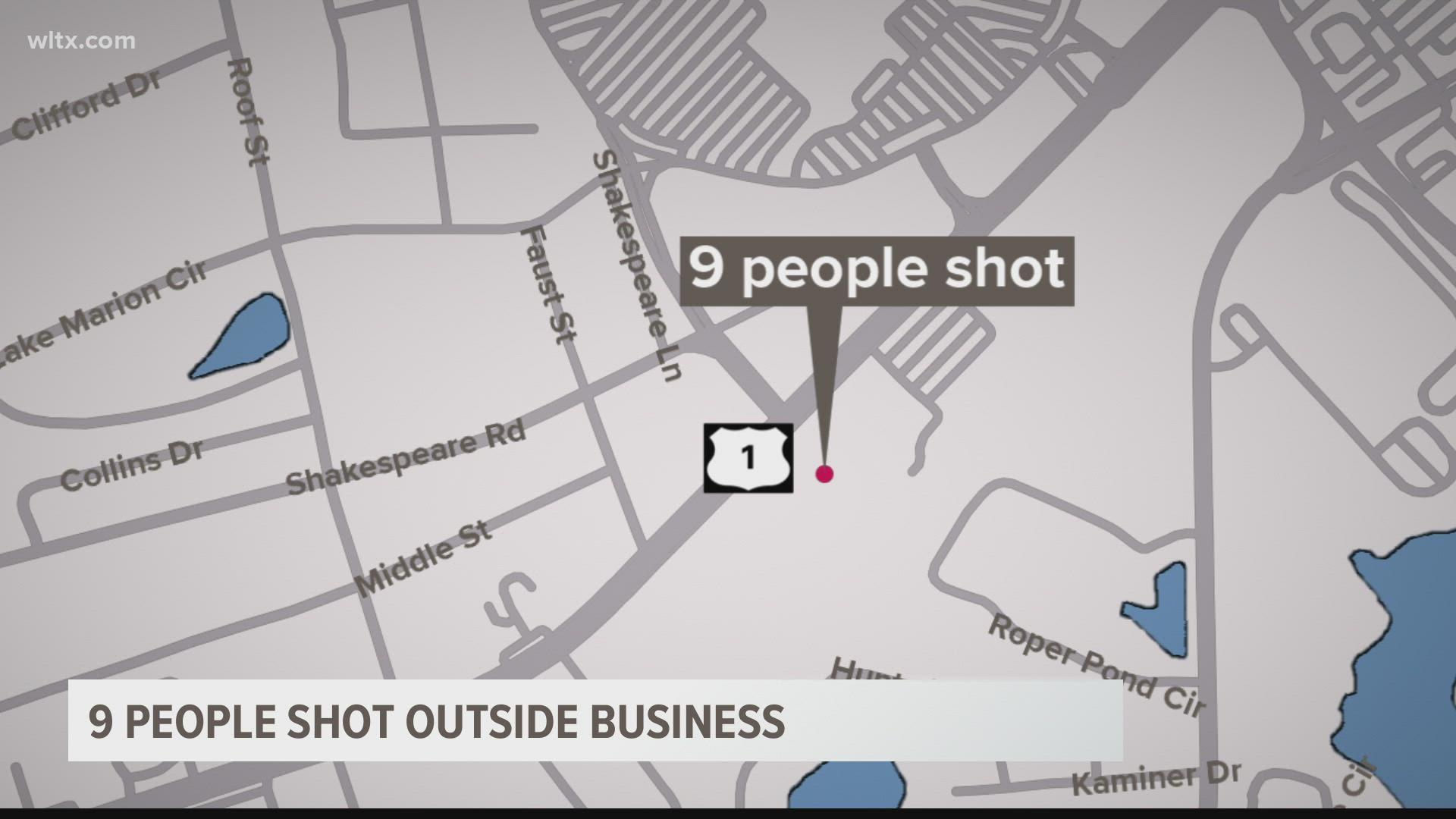 Officers say they got a call of multiple people injured around 1 a.m. Sunday at 6908 Two Notch Road, which is outside a business in a strip mall. It's also just up the road from the Columbia Place Mall.

Deputies say when they got there they found several victims who'd been hit by gunfire. Those people were taken to the hospital for treatment. Deputies also got reports that some people had gone to the hospital on their own.

Investigators determined a total of nine people were wounded.

Deputies have not yet said what they think led up to the shooting. They also did not give any information on any possible suspects or motive.

Anyone with information in the case is urged to call Crimestoppers at 1-888-CRIME-SC.

While the crime is not related, there was another shooting an hour later in the 224 block of Oneil Court, about a mile away from the other crime scene. Two people were shot outside a business at that location. In that case, officers have also not said yet what they think led up to the crime.