One of Three Dangerous Inmates on the Run Captured in Lexington County, Sheriff Says

One of three dangerous inmates who escaped from the Orangeburg County Detention Center was captured in Lexington County Sunday, according to officials. 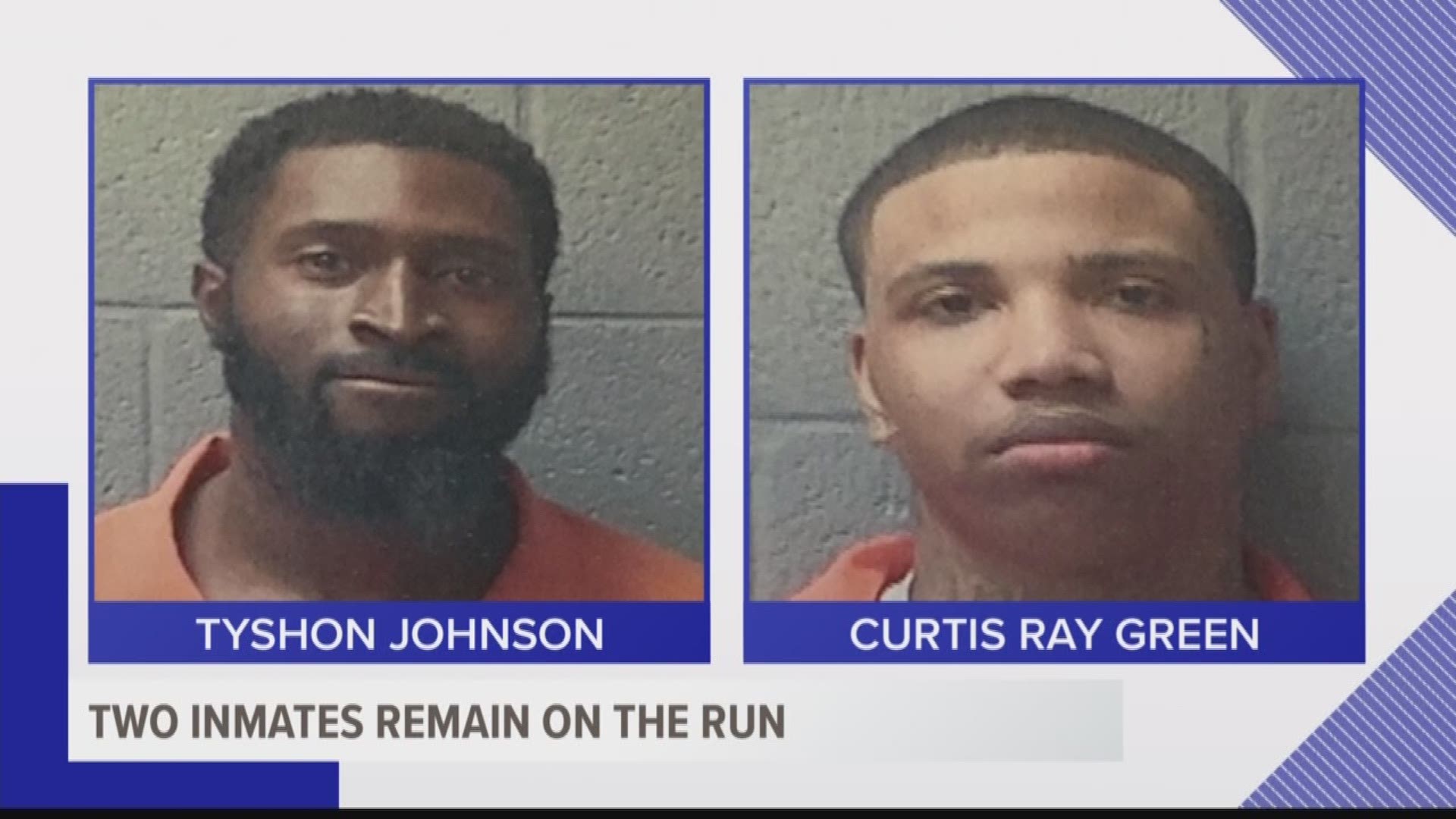 "Christopher Boltin was taken into custody in Lexington County by sheriff's deputies in that jurisdiction," said Orangeburg County sheriff Leroy Ravenell. "He will be returned to Orangeburg and put back in jail to await his court hearing. We will now focus on the remaining two at-large."

Boltin, 27, is one of three inmates who escaped from the Orangeburg County Detention Center after overpowering a jail officer Saturday night.

Boltin was originally jailed on charges of carjacking and possession of a stolen vehicle.

Both Johnson and Green were being held on charges of murder in two separate incidents. Officials say they should be considered dangerous.

If you think you see one Johnson or Green or have any information about their whereabouts, deputies ask you to contact the Orangeburg County Sheriff's Office immediately at (803) 534-3550 OR contact Crimestoppers anonymously in any of the following ways:

Callers will remain anonymous and could be eligible for a cash reward of up to $1,000.