A spokesperson for Orkin informed WFAA that the manager has since been fired.

GARLAND, Texas — Orkin Pest Control is now the target of a new civil rights lawsuit after a former Garland manager admitted on-camera to a biracial employee that he was racist, court documents allege.

The employee, identified in the suit as Greg Griffin, claims he was terminated by the company when he brought the video to Orkin's attention.

At the start of his employment, the lawsuit alleges, Griffin often witnessed his manager (who is not named as a party in the suit) make discriminatory and racially offensive comments.

Griffin claims that his manager also specifically made insensitive comments about people who were Black and/or Puerto Rican. Via Zoom, Griffin told WFAA that he is both Black and Puerto Rican.

Three weeks into being hired in February 2018, the lawsuit alleges that Griffin took his concerns to Orkin's HR department but that nothing was done.

"He [the manager] wasn't afraid to go out there and put it all on the table and tell you exactly how he felt," Griffin said. "I can't help the way I was brought into the world. I was looked down upon because I was biracial."

In October of 2019, Griffin recorded a conversation with his manager which was released to WFAA. 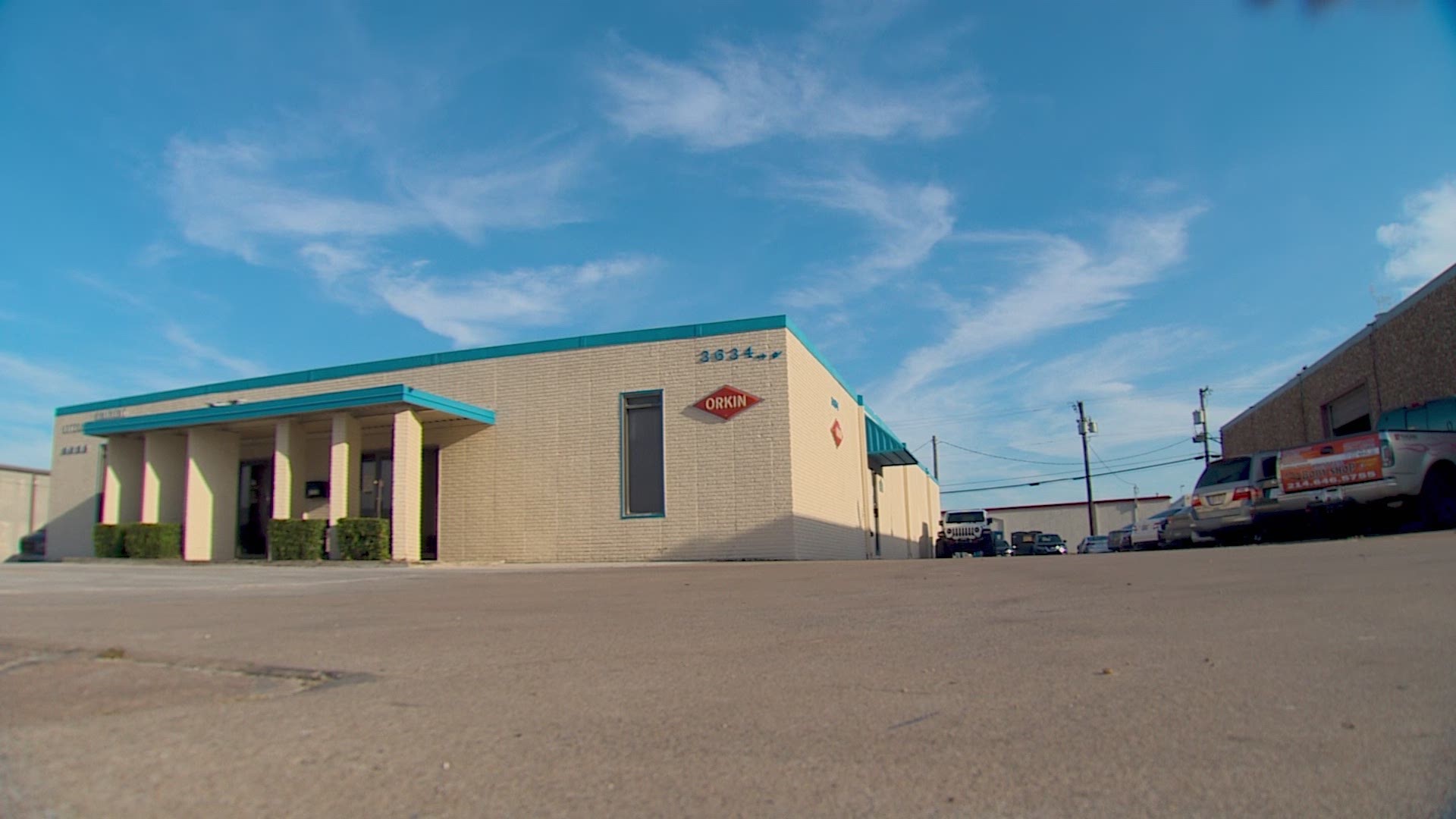 In the video, Griffin questions his manager about why he doesn't like Black people or Puerto Ricans. He even extends a helping hand to better his views.

At one point, the manager tells Griffin that he feels the way he does because when he was in the Navy, one of his shipmates got into an altercation that was instigated by someone who was Puerto Rican.

"You always stand up for your shipmates," the manager can be heard saying.

"So the only thing the Navy did not like at the time were Puerto Ricans?" Griffin then asks.

"No. That's what I didn't like," the manager responds.

The video continues with Griffin trying to understand his manager's stance.

"So your shipmates made you racist towards Puerto Ricans?" Griffin asks.

The manager responds by saying: "The Navy did, yeah."

When Griffin tells the manager that he is Black and Puerto Rican and says he can help change his mind, the manager can be heard asking, "How are you going to change my mind?"

"And you act just like they do," the manager then says.

Griffin told WFAA that he wanted to get his manager on record saying what he believed so that HR would finally believe him.

RELATED: While I have your attention

"I didn't want to be the boy who cried wolf," Griffin said. "This is the guy who has the big end of the stick and you can't say anything back. It was frustrating."

According to the lawsuit, Griffin alleges that he was terminated in retaliation for bringing the video to his HR department - something his attorney Matthew Gunter said should have never happened.

"When I see this video, I think that we need to hold Orkin accountable," Gunter told WFAA. "We want to make sure that employers across the nation know that this is not acceptable."

Orkin told WFAA that it has since fired the manager.

“The comments made in the video do not reflect our company’s stance on appropriate conversations in the workplace. We do not tolerate hate, bigotry, racism, or discrimination at our company. While we cannot comment on pending litigation, we take any allegation very seriously. The individual in the video is no longer employed with us. We believe everyone deserves a safe, supportive, and inclusive work environment, and we are committed to that goal for all employees.”

Griffin told WFAA that he got a new job before the pandemic hit, but wants to hold Orkin accountable for back pay and benefits.