Homeless veteran and his dog given shelter, food after trespassing complaint turns into community backing the duo

Robert Chapin, a Vietnam Veteran, was without money, his car, and a place to stay after falling victim to a scam that had him relocate to Connecticut from Texas. 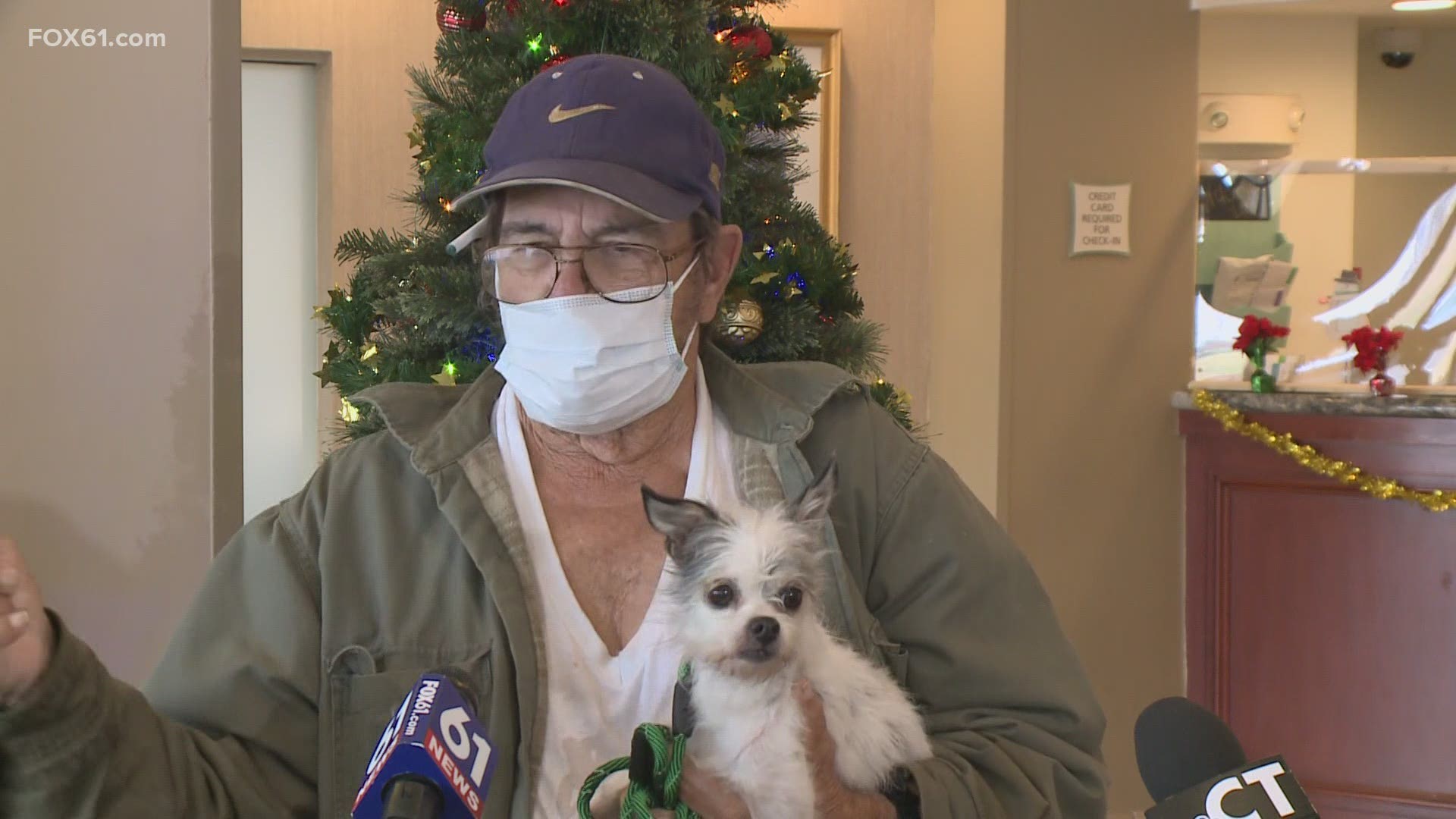 EAST HAVEN, Conn. — Police are thanking many in a community who played a part in changing the life of local veteran.

Officers first encountered Robert Chapin and his therapy dog “Lou Lou” this week when they were dispatched to the Quality Inn on E. Frontage Road for a report of an individual's payment being declined due to insufficient funds.

Chapin told the officers that he was a Vietnam Veteran, who had recently traveled from Texas to Connecticut to live with a woman who promised him companionship.

According to East Haven PD, Chapin said he realized he was the victim of a terrible scam after giving her the last of his money.

With no place to stay, he sold his car to pay for a hotel room for a period of time.

However, that money ran out and he was left at the Quality Inn with Lou Lou, all of his belongings and no way to pay for another night.

Police said a local Chilis fed him immediately and prepared several meals for him to take on his way.

Additionally, the Quality Inn agreed to house him and Lou Lou for another night while other arrangements were being made.

While officials continued to work on finding shelter for Chapin and Lou Lou, they were referred to the Columbus House Supportive Services for Veteran Families Program, which works closely with the La Quinta Hotel to house homeless veterans.

Following a screening process, the duo joined other veterans at the La Quinta on Long Wharf for a more permanent place to stay.

The East Haven Public Works Department even responded and helped relocate all of Chapin’s belongings over to the hotel.

East Haven PD said the incident started as a trespassing complaint and became an example we all need fresh on our minds going into the holiday season.

"Far too often, veterans, the people who have selflessly put their lives on the line to secure our way of life find themselves in a position where they need our help as individuals and as a community," officials said in a release.

While, veterans often struggle with housing stability officials reported that Connecticut has made significant progress in the elimination of veteran homelessness.

More progress, however, can be made with the help of community members and businesses, police said.

Anyone  interested in helping a veteran struggling with homelessness can start by visiting the Connecticut Coalition to End Homelessness.