For 11Alive's Matt Pearl's final story, he focuses on what's next - for all of us. 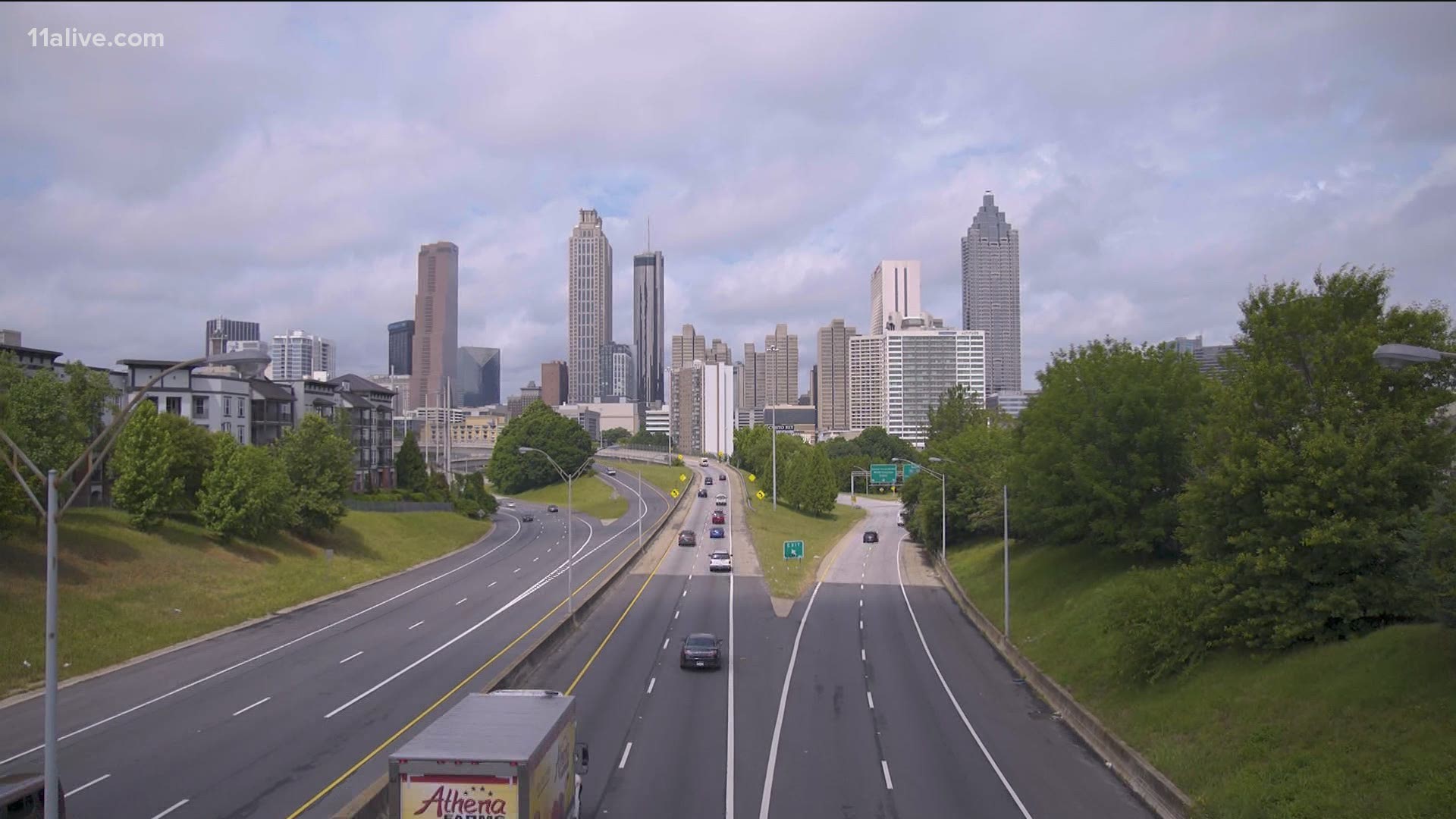 ATLANTA — For so many, it has been so long since they've given themselves permission to think about the future.

As restrictions ease, people again consider ideas and dreams that were on pause.

This past week, 11Alive's Matt Pearl traveled around metro Atlanta, set up a camera and microphone, and asked a seeming simple question: What is your untold story about what's next?

In his own words for his final story with 11Alive, Matt Pearl, focuses on what's next - for all of us.

The effects of a pandemic can make the modest meaningful.

"My wife and I actually, for the first time, went to the movie theater this weekend," said Alex Sugimoto.

Some had much larger plans.

I saw Bill and Laurie on the Atlanta BeltLine. I asked if, during the throes of the pandemic, he even allowed himself to think about when a return to Atlanta might be possible.

This past week, Bill and Laurie finally made their trip. They saw their son and daughter-in-law, went to a baseball game, and made up for lost visits.

"It was great to be able to feel him and touch him," Pearson said, "rather than Zooming. Zoom is a nice thing, but it doesn't beat reality."

The challenges of being a parent and a business owner

Reality had, for months, held a different definition.

When I met Tinnie Garlington, she was walking back to her store along the BeltLine. She runs 795 & Company, selling custom T-shirts and apparel. She's also a mother, with an 11-year-old son at home.

In 2020, her son's learning went virtual and so did Garlington's business.

I asked if the past year was more difficult as a parent or as a business owner.

"You're trying to make sure you're there supporting your child, but then you have a household to take care. And as entrepreneurs, we're 100% all in."

Now she can go all in again. Her doors are once again open.

"It gave me more of an appreciation for every second of the day that I'm gifted with," Garlington said. "That's an awesome thing."

'This community is unforgettable'

Our appreciation of the past - even the pandemic past - informs our futures. It has most certainly informed mine.

I have worked in this city and at this station for more than 12 years. It has been one of the great joys and honors of my career and life. But this – the story you’re reading now – is my final story with 11Alive.

I cannot move to what’s next without celebrating what has been. Twelve years means a thousand stories. I’ve entered hundreds of homes, visited dozens of counties, and – thanks to the Olympics – covered stories on three continents. Each piece meant a chance to engage and inform, to produce something meaningful and memorable, to bring our giant community a little closer.

And this community is unforgettable.

Metro Atlanta is a spectacular showcase of energy and ambition. It is a region forged by its history, facing down its flaws, and filled with millions of diverse dreams.

I’m excited to say my next chapter includes staying in this city I love. But I’m grateful for this chapter, the privilege of connecting with so many for so long.

I thank you for watching and wish the best for whatever is next for you.