The invitation from the city says there will be Panthers players or coaches, mascot Sir Purr and cheerleaders. 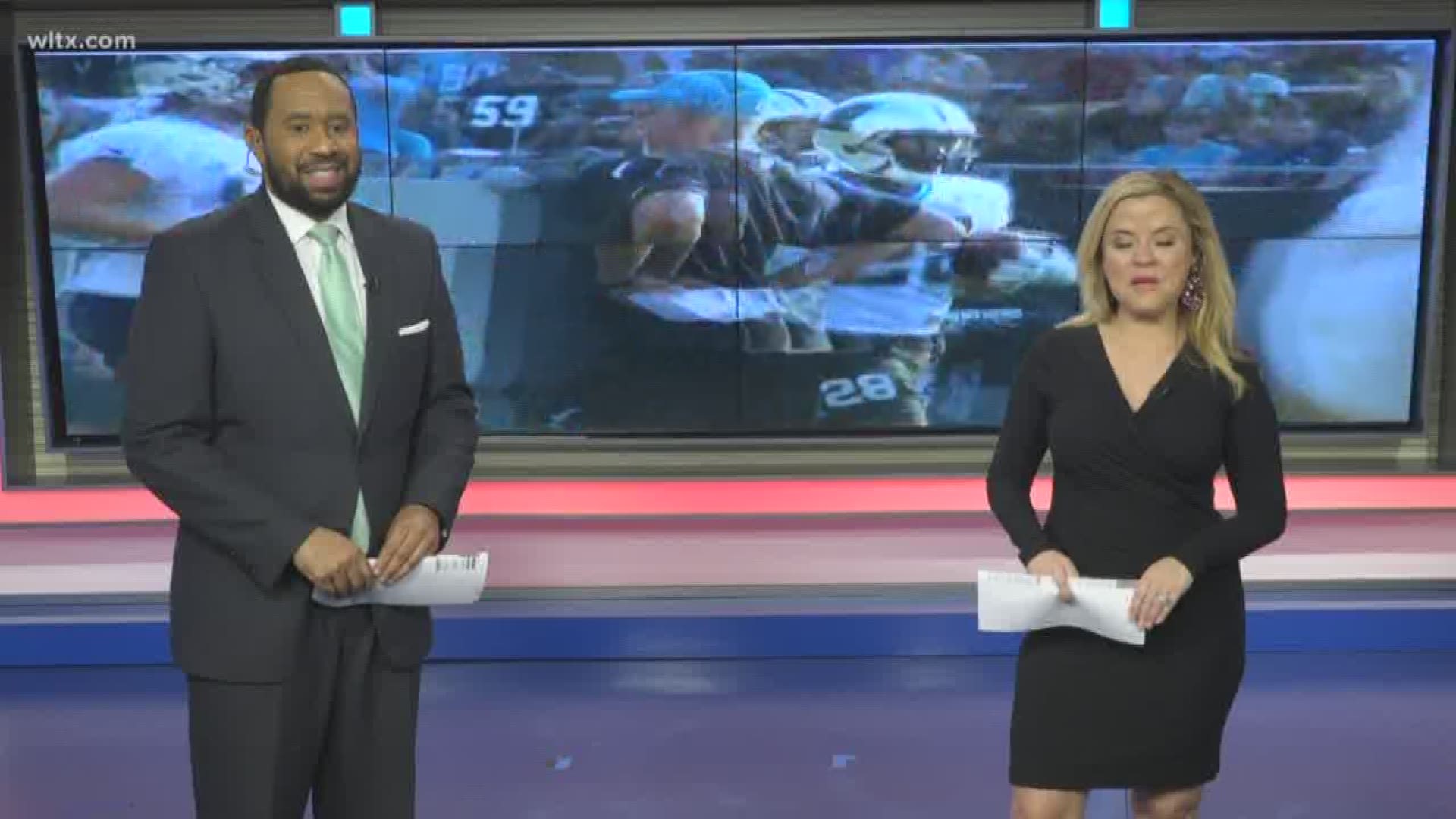 ROCK HILL, S.C. — The Carolina Panthers and South Carolina's governor are inviting people to a party in Rock Hill to celebrate up to $120 million in tax breaks.

The invitation from the city said there will be Panthers players or coaches, mascot Sir Purr and cheerleaders.

McMaster officially signed the bill into law May 22. It exempts the Panthers from paying state income taxes for players, coaches and other employees for 15 years as long as they use the money to build their new complex near Rock Hill.

Opponents said the state shouldn't have to help a billionaire NFL owner.

The team would continue to play games in Charlotte, North Carolina.